A powerful storm that hit the western US and Canada with heavy rain and strong winds over the weekend claimed the life of at least one person. The second major storm to hit the region in a week downed trees and power lines in both countries causing widespread power outages and traffic blocks.

In Washington State, wind gusts were reaching 96 km/h (60 mph) across much of the region early Sunday afternoon. At least 250 000 people lost power as the storm passed through and knocked down trees all over the coast.

A man and a toddler inside a vehicle were hit by a tree in Seattle's Seward Park on Sunday, March 13. Fire officials said the man died, but a passerby was able to rescue the little girl from the backseat of the vehicle. Strong winds overturned a semi-truck on the Tacoma Narrows Bridge and temporarily blocked traffic.

According to the NWS, a strong Pacific front progressing eastward will continue bringing widespread showers and mountain snow through Tuesday, March 15 across the West Coast and then the Intermountain West. The heaviest snow is likely for the Cascades and the northern Rockies, where 1 to 2 feet of snow is possible.

This same frontal boundary is expected to evolve into a large low pressure system over the Upper Midwest by Wednesday morning, March 16, which will likely have some snow across parts of the Dakotas and into Minnesota. 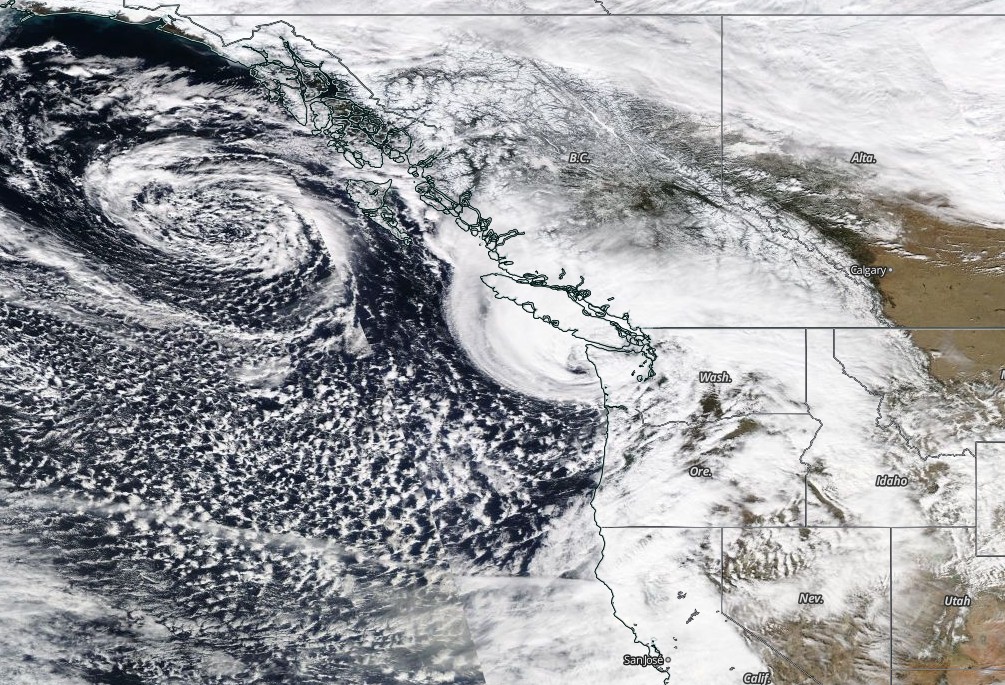 Featured image: Weather situation over the western US and Canada on March 13, 2016. Credit: NASA Aqua/MODIS