High altitude regions of northern Indian state of Himachal Pradesh, received up to 25 cm (9.8 inches) of fresh snow on Sunday, March 6, 2016, while the state's capital Shimla was lashed by intense winds, followed by intermittent rain and hailstorm. On the same day, rain and hailstorm wrecked havoc across the central Indian state of Madhya Pradesh, claiming lives of 3 people and severely damaging crops.

Rain also lashed many places in Punjab and Haryana where crops damage was reported. High-velocity dust storm, accompanied by hail and heavy rain hit several regions of the state on Saturday, March 5, The Hindu reported. 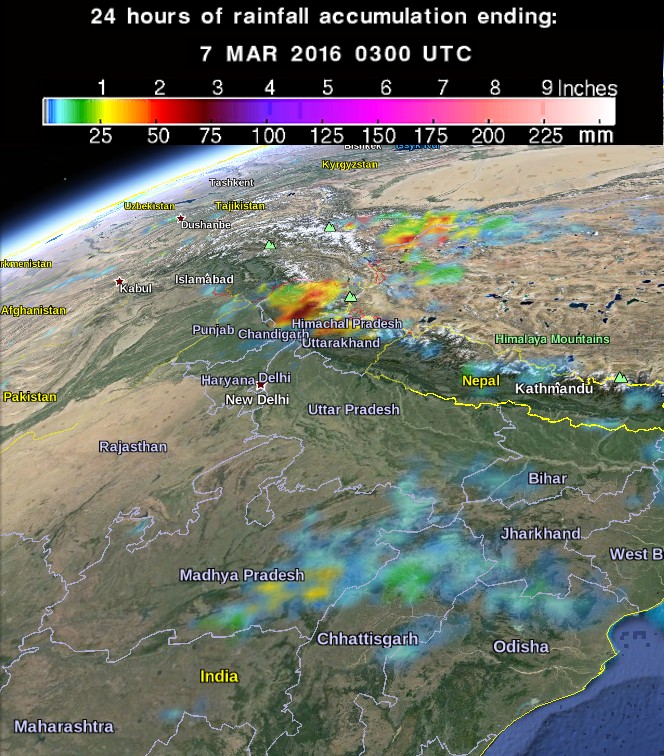 "While hailstone hit the eye of a man, who was facing sky practising yoga in Katni district, three others were killed in different areas of the state on March 6. The hailstorm affected several districts of eastern Madhya Pradesh, including Katni, Jabalpur, Narsinghpur, Dindori, Shahdol, Mandla, Seoni, Satna and Rewa districts. Crops in these districts have been severely damaged," Times of India reported.

"In Dindori district, two students died after lightning stuck the tree under which they took shelter during rains in Chiwli village. In another incident, lightning claimed the life of an 18-year old youth in Majhigawan village of Satna district. He also took shelter under a tree and waited for rains to stop, when he was struck by lightning."