A huge sinkhole opened up between two buildings in the city of Nordhausen, Thuringia, Germany on February 19, 2016. Nobody was injured, and the cause is still unknown.

According to Jessica Piper, the spokesperson of the Nordhausen district, the crater is 30 meters (98 feet) wide and up to 50 meters (164 feet) deep. Parts of two uninhabited buildings on the site had been taken into the hole and wiring was left hanging.

The hole has since filled with muddy water, with the consumed parts of the building no longer visible. 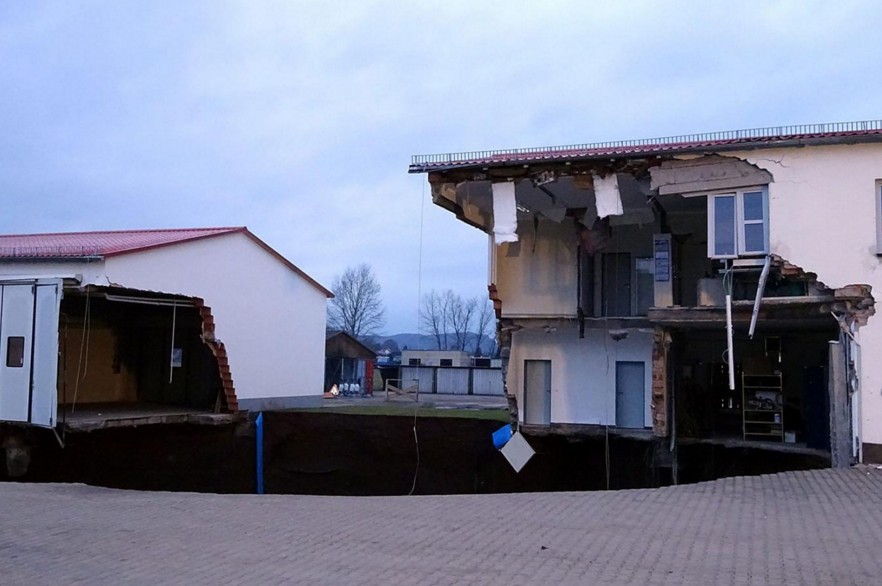 The large area was cordoned off and experts from the State Mining Authority and Thuringian State Institute for Environment and Geology are carrying out the investigation.

According to the authorities, there was a similar incident on the premises on March 10, 2010, but it was significantly smaller. Spokeswoman Piper said neither water nor voids were found in previous studies. 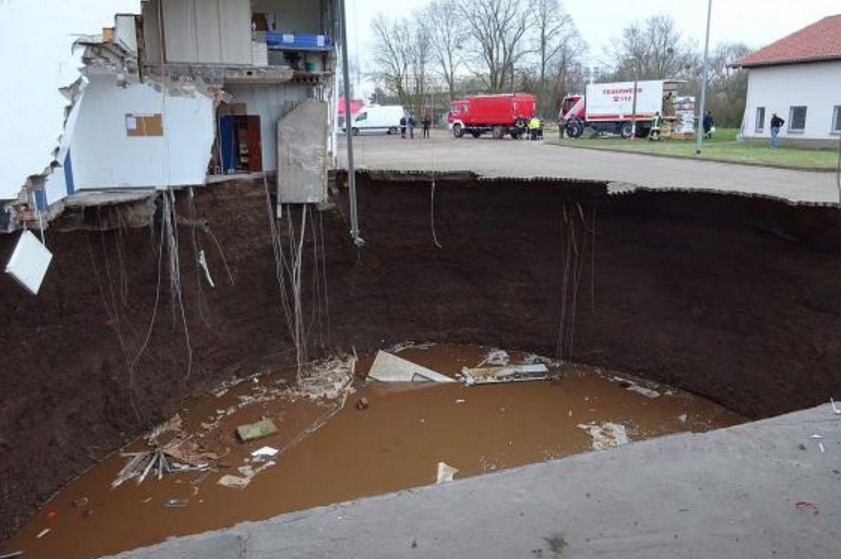