The moderate eruptive activity of Karymsky volcano, Kamchatka continues, KVERT reported. Ash plume was observed rising about 1 km (3 280 feet) above the sea level and drifting 111 km (69 miles) NE from the volcano on February 6, 2016. 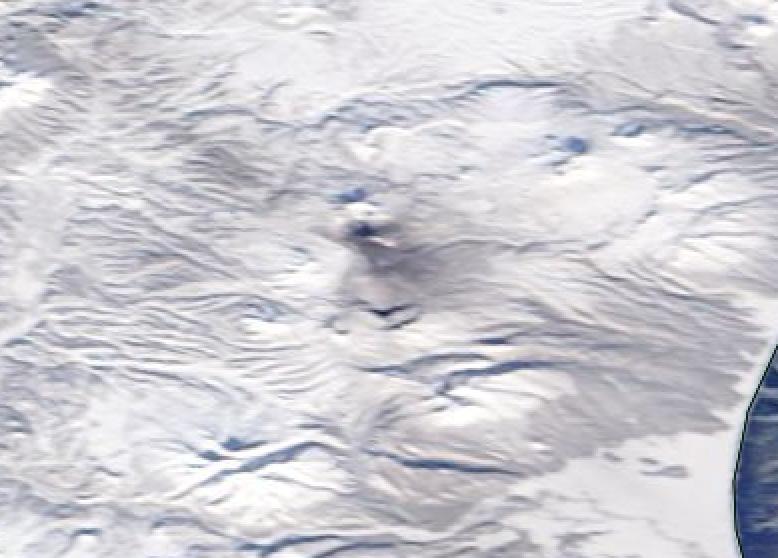 Several ash plumes up to 4 – 5 km (13 000 – 16 000 feet) in altitude have been reported by Tokyo VAAC at the end of January and beginning of February. Observed activity suggests the volcano's intermittent explosions have been more frequent and relatively intense, according to Volcano Discovery.

On January 7, KVERT reported continuous moderate eruptive activity of the volcano. Satellite data showed a thermal anomaly over the volcano during January 1, 3, 4, 6, and 7, while ash plumes extended for about 200 km (124.3 miles) east of the volcano on January 3, 5 and 6. During other days of the week, the volcano was quiet or obscured by clouds. 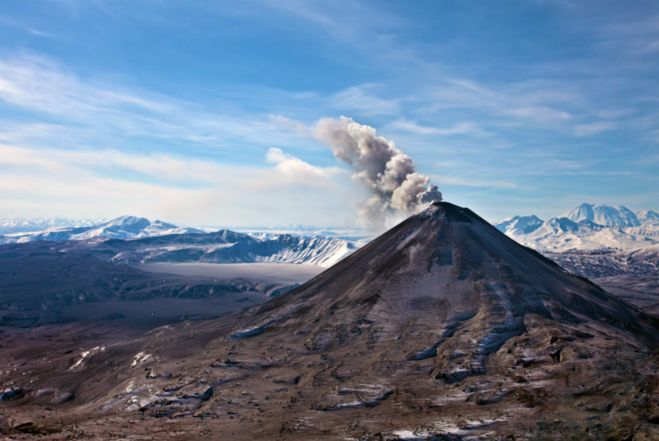 Karymsky, the most active volcano of Kamchatka's eastern volcanic zone, is a symmetrical stratovolcano constructed within a 5-km-wide (16 404 feet) caldera that formed during the early Holocene. The caldera cuts the south side of the Pleistocene Dvor volcano and is located outside the north margin of the large mid-Pleistocene Polovinka caldera, which contains the smaller Akademia Nauk and Odnoboky calderas. Most seismicity preceding Karymsky eruptions originated beneath Akademia Nauk caldera, located immediately south.

The caldera enclosing Karymsky formed about 7 600-7 700 radiocarbon years ago; construction of the stratovolcano began about 2 000 years later. The latest eruptive period began about 500 years ago, following a 2 300-year quiescence. Much of the cone is mantled by lava flows less than 200 years old. Historical eruptions have been vulcanian or vulcanian-strombolian with moderate explosive activity and occasional lava flows from the summit crater.