Two tropical cyclones are currently lurking over the warm waters of southern Pacific Ocean. Tropical Cyclone "11P" (Winston) is expected to affect Fiji islands with heavy rainfalls and strong winds while 12P, also known as Tatiana, will most likely remain far enough of the Australian shore throughout its short lifespan, and pose no threat to the mainland. 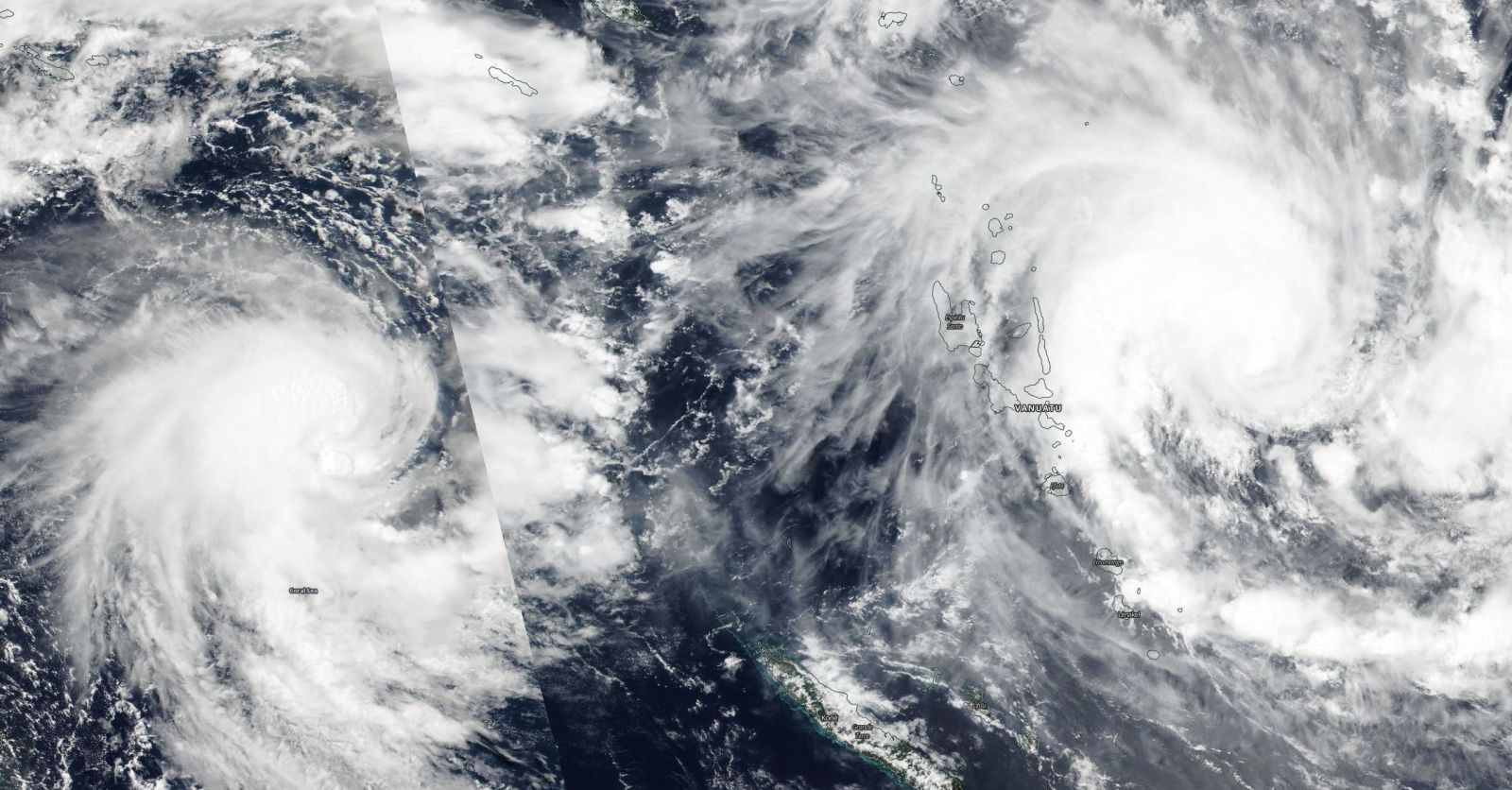 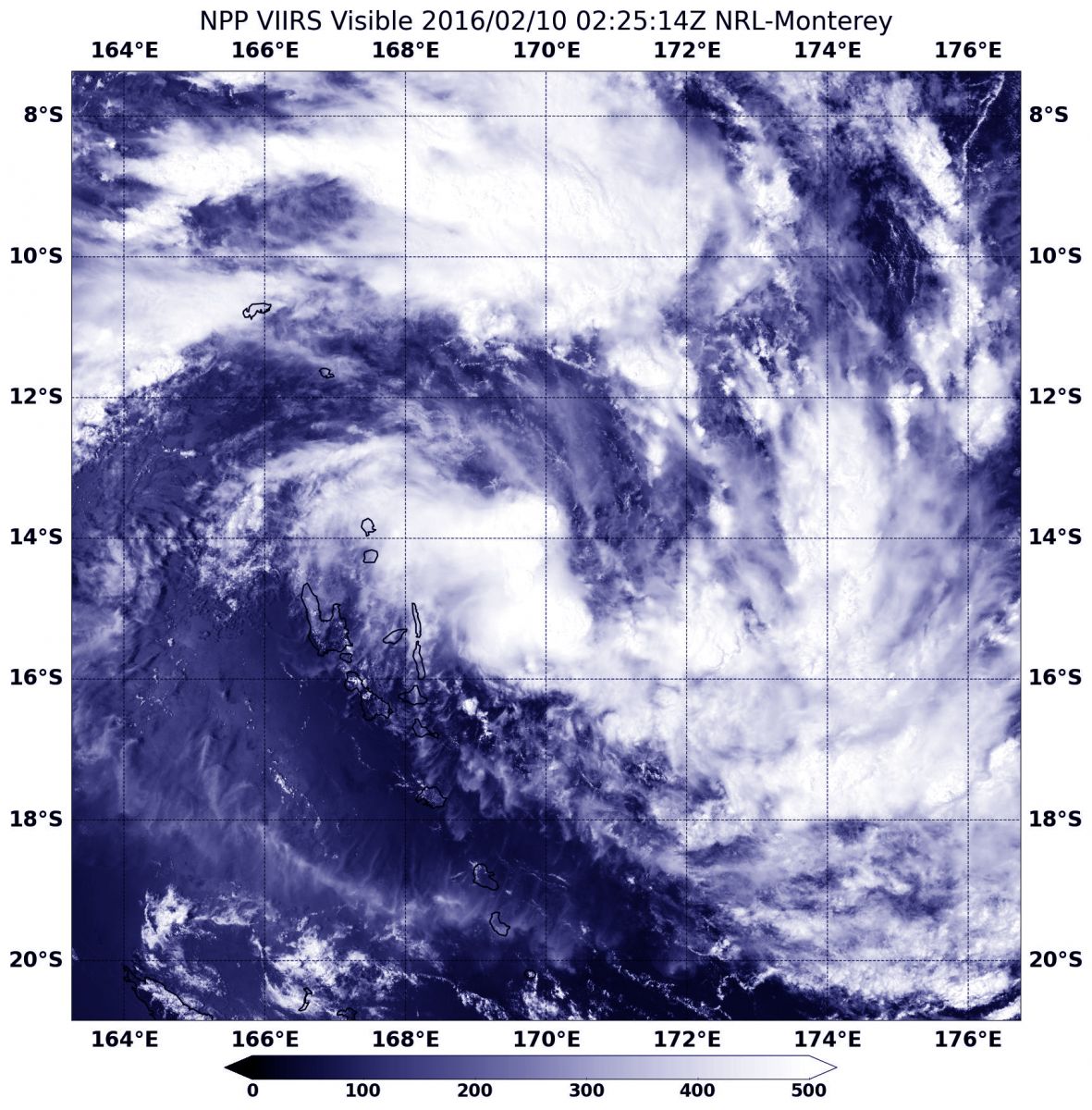 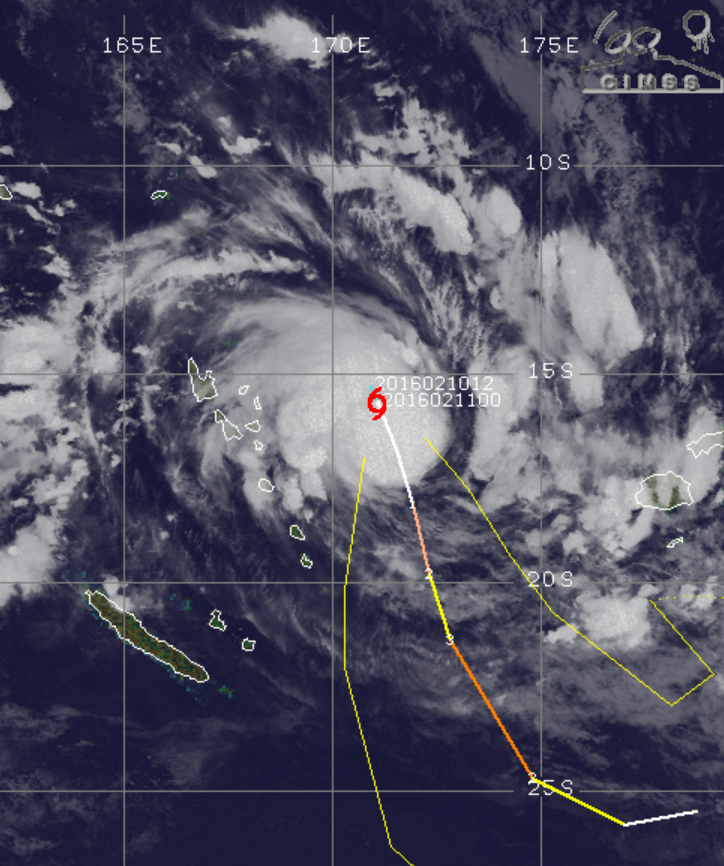 11P is currently situated over warm water with sea surface temperatures of 31 °C (87.8 °F) and has very good radial outflow with vertical wind shear of 37 km/h (23 mph), supporting a significant development over the next few days. JTWC forecasts the cyclone will track poleward over the next 72 hours. 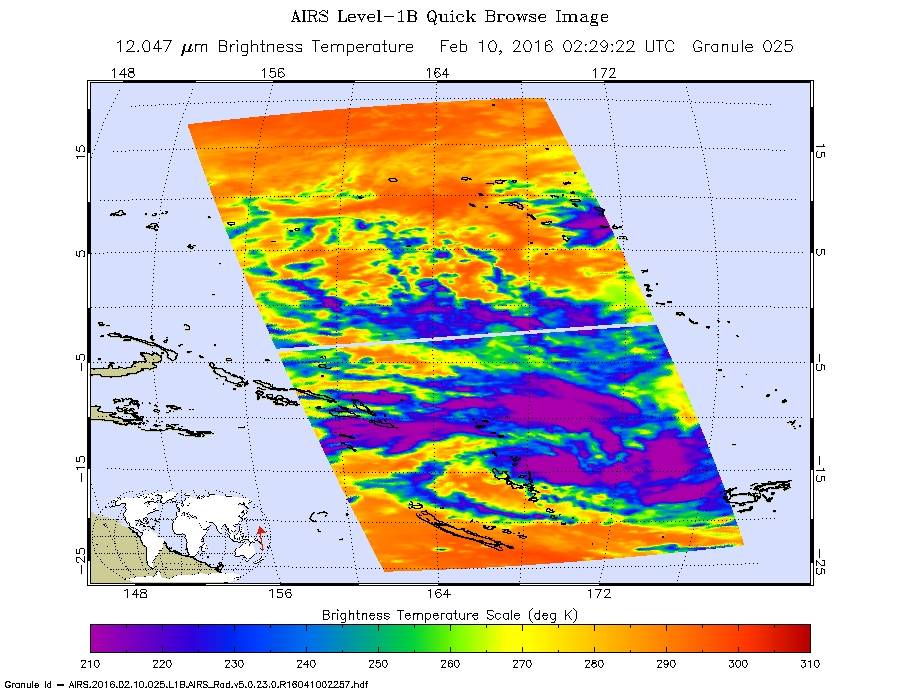 Over the next 48 hours the cyclone is expected to strengthen into a category 3 system, with maximum sustained winds of 185.2 km/h (115 mph) and gust speeds climbing up to 231.5 km/h (143.8 mph). At its peak, the cyclone's strength will be equivalent to a category 3 hurricane on the Saffir-Simpson hurricane wind speed scale.

Fiji Meteorological Service has issued a warning for heavy rainfall and strong winds. Periodically heavy rainfall and squally thunderstorms are expected over Viti Levu, Vanua Levu, Kadavu and the nearby smaller islands, and the Yasawa and Mamanuca group of islands. Localised heavy rain may lead to flash flooding of low lying areas. 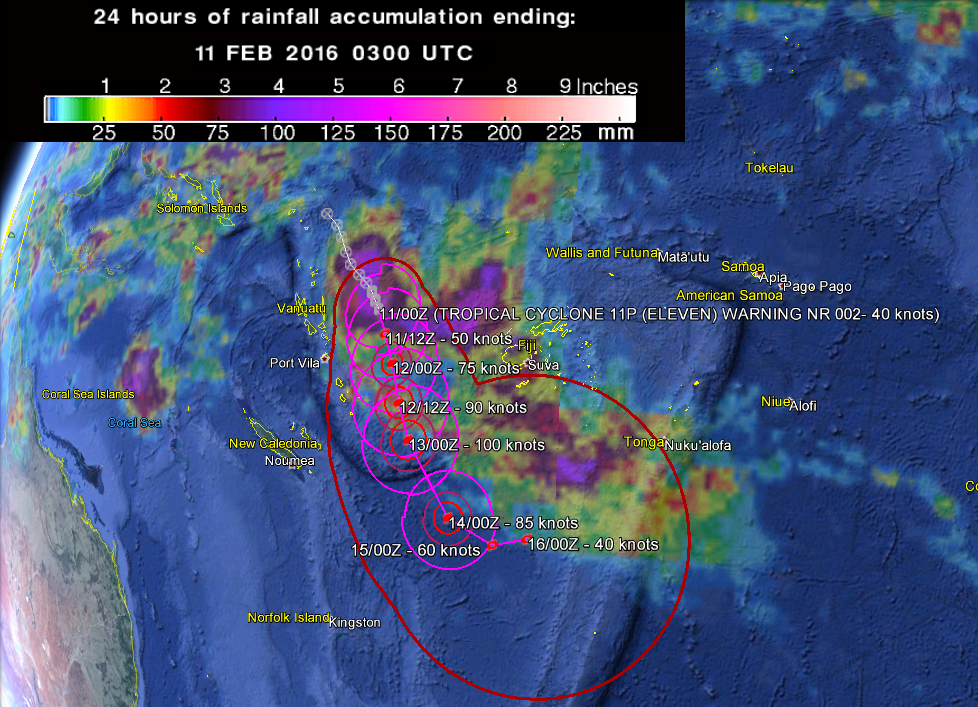 All the vessels within a 556 km (345.4 miles) radius of the cyclone's center are requested to send reports to RSMC Nadi-Tropical Cyclone Center every three hours. 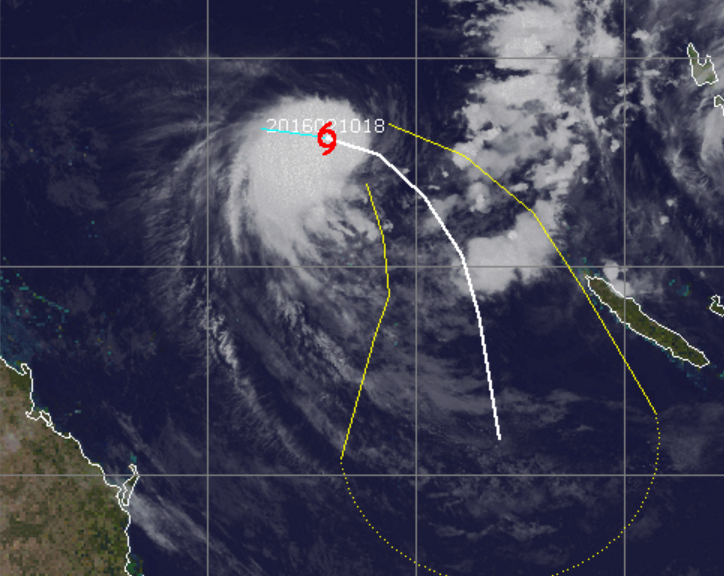 Tropical Cyclone "Tatiana" remains in a region of high sea surface temperatures, combined with relatively low vertical wind shear, allowing for a short intensification over the next 12-24 hours. The system is expected to reach a category 2 status with a peak of 101.9 km/h (63.3 mph) in maximum sustained wind speed and gusts up to 129.6 km/h (80.5 mph). 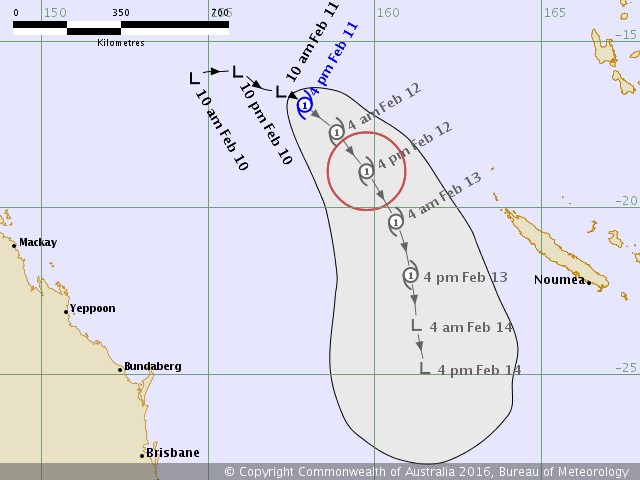 Following the short intensification period, the cyclone will begin to rapidly weaken before it becomes completely absorbed within the upper level trough over the next 72 hours.

Australian Bureau of Meteorology (BOM) expects Tatiana will remain far enough from the Queensland coast, and has, therefore, issued no watches or warnings.