Tropical Cyclone "Winston" is currently quasi-stationary system over the waters of South Pacific, over 200 km (124.3 miles) away from Niue. It will intensify over the next 48 hours and become equivalent to a category 4 hurricane on the Saffir-Simpson Hurricane Wind Scale. During the next 24 hours, it will make a u-turn a start moving westward, passing near the Niue and Vava'u group of islands. Warnings and alerts have been issued accordingly. 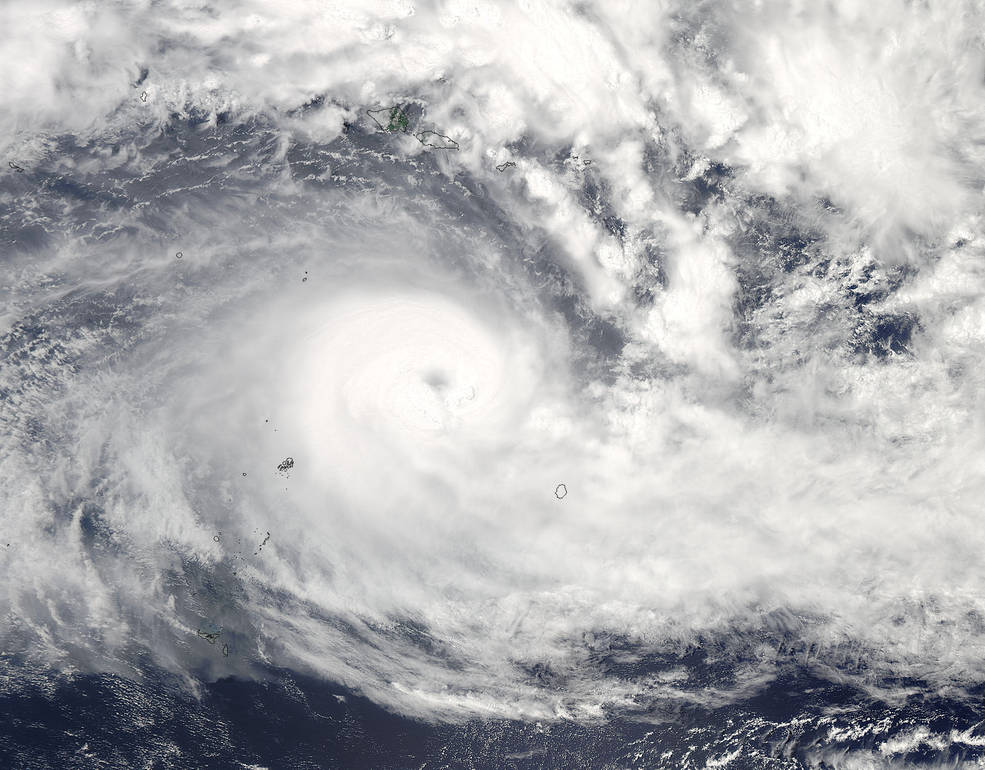 Winston is forecast to remain quasi-stationary over the next 24 hours, and then do a u-turn and start returning westward. 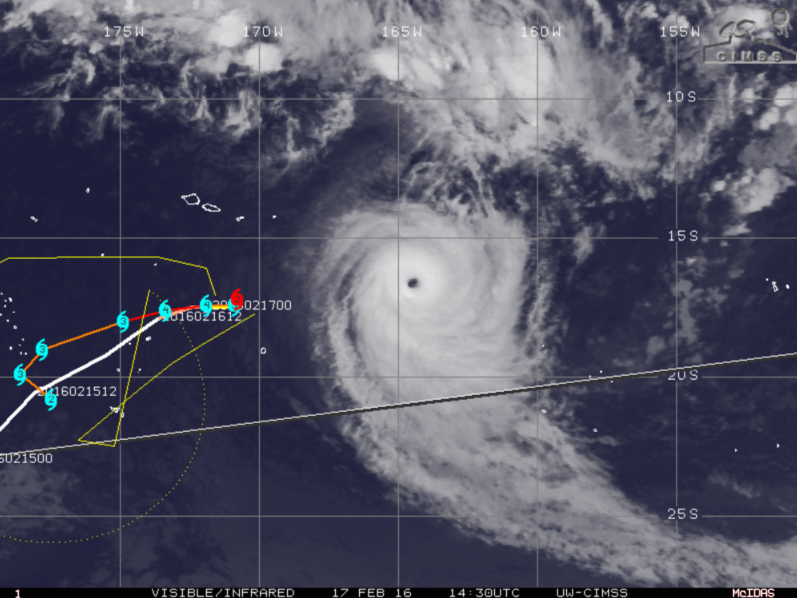 A thin band of dry air, beginning to be entrained into the cyclone, was observed and is responsible for the lack of intensification over the last few hours. The same band will hamper the rate of future intensification, as well. Despite that, sea surface temperatures remain high, at about 30 °C (86 °F). Favorable upper-level conditions with low vertical wind shear, where the speeds are ranging between 18.5 and 27.8 km/h (11.5 and 17.3 mph), continue to persist, adding to the intensification.

Tropical Cyclone "Winston" will intensify to maximum sustained wind speeds of 212.9 km/h (132.3 mph) with gusts rising to 259.3 km/h (161.1 mph) over the next 48 hours. In the next three days, the cyclone will turn to the southeast again, as its wind speeds start to decrease slowly. 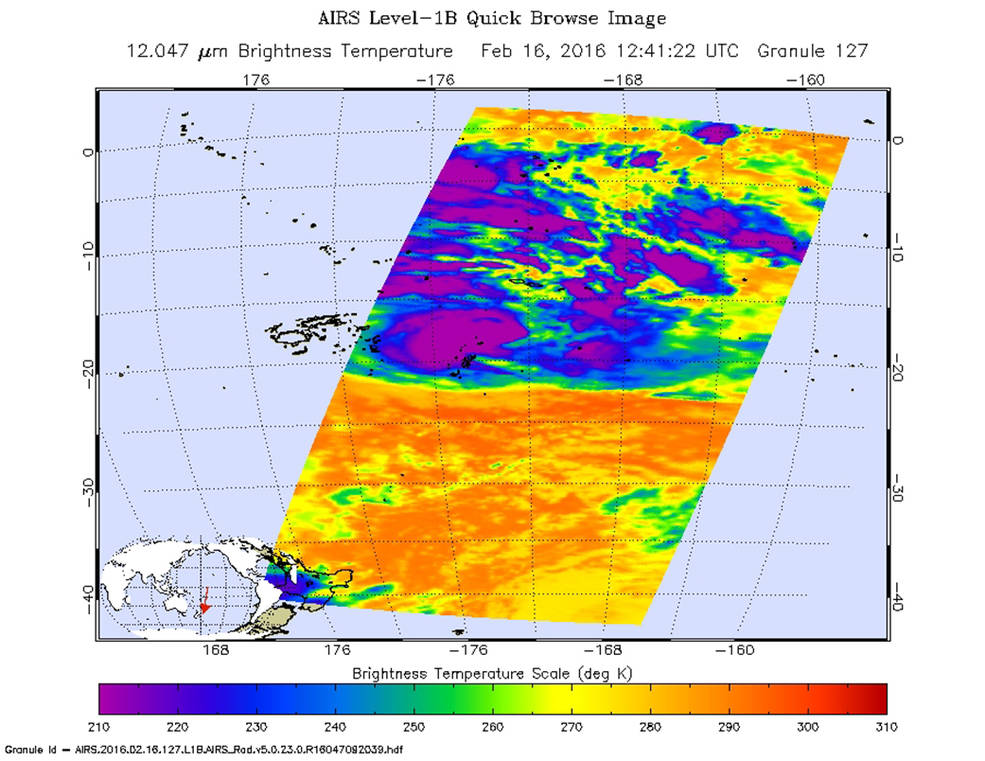 As Winston turns back on its journey, it will pass near the Vava'u group of islands. Tropical Cyclone Alert has been issued for Tonga Island on February 17 at 5:20 pm local time (04:20 UTC) by the Tonga Meteorological Service.

East to southeast winds between 45 and 55 km/h (27.9 and 34.2 mph), rising to 65 km/h (40.4 mph), accompanied with possible scattered showers, are forecast for Tongatapu, 'Eua, Ha'apai, and Vava'u land areas. The coastal waters will experience east to the southeast winds in the same speed range, rough seas and a heavy damaging east to southeast swell.

Niuafo'ou and Niuatoputapu can expect west to southwest winds between 45 and 55 km/h (27.9 and 34.2 mph) with mostly cloudy skies and occasional showers while coastal waters have been forecast to experience rough seas and a heavy damaging south to southeast swell.

Fiji Meteorological Service issued a Tropical Cyclone Warning for Niue Island. Damaging gale force winds may be experienced several hours before the center of the cyclone passes nearby. Average wind speeds are expected in the range of 65 km/h with gusts up to 90 km/h.