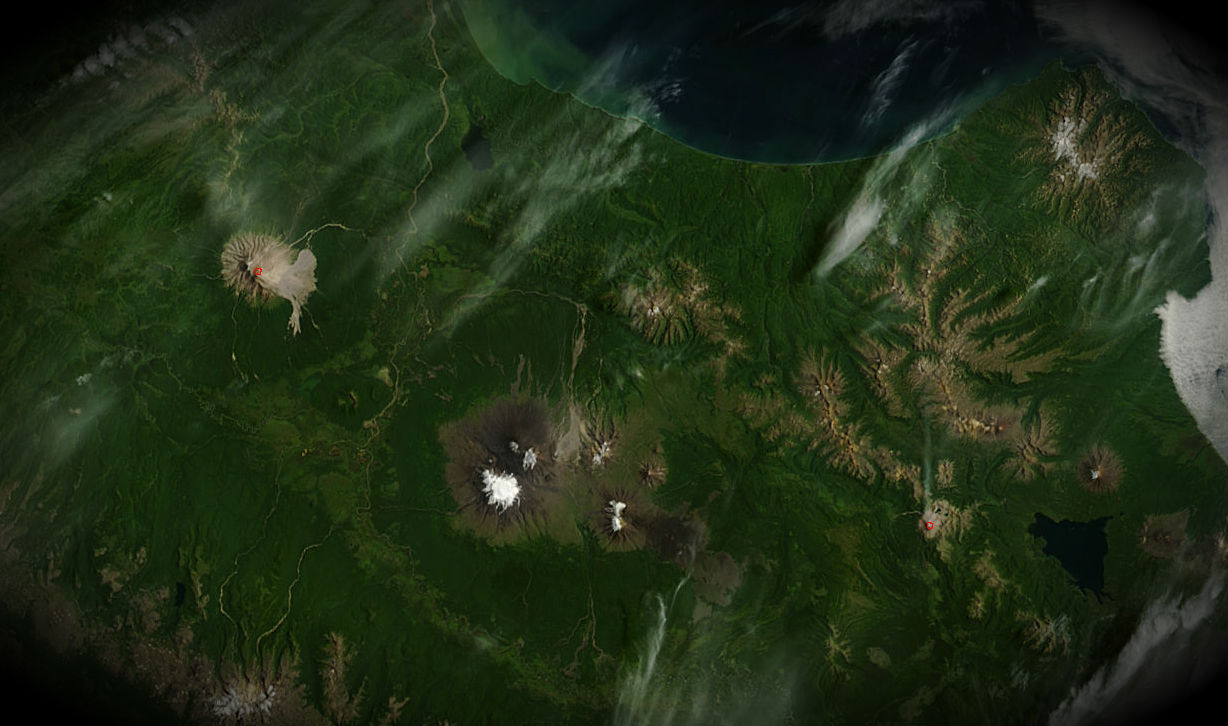 The thermal detectors on the MODIS instrument have identified areas on tops of Kamchatkan Shiveluch and Kizimen volcanoes that are warmer than background. Actively erupting volcanoes typically show such warm areas. Between the two more active volcanoes lie Klyuchevskaya, just south of Shiveluch and Bezymianny.

According to the Kamchatka Volcanic Eruption Response Team (KVERT), on August 22 Shiveluch was experiencing moderate seismic activity and incandescence of the lava dome. It was also releasing moderate amounts of gas and steam. Kizimen also showed moderate gas and steam activity, with incandescence above the lava flow and crater. Explosive-extrusive-effusive eruption of the volcano continues. Ash explosions up to 32,800 ft (10 km) ASL could occur at any time. Ongoing activity could affect international and low-flying aircraft. KVERT issued ORANGE aviation color code alert.

According to visual and satellite data, a viscous lava flow continues to effuse into the explosive crater of 2010 eruption, an incandesce of the lava dome and strong and moderate fumarolic activity accompanies the lava flow effusion. The bright area from Shiveluch, in the north, is most likely from the growing lava dome on the south face, although fresh volcanic materials such as lava, hot rocks and rubble are very hot. 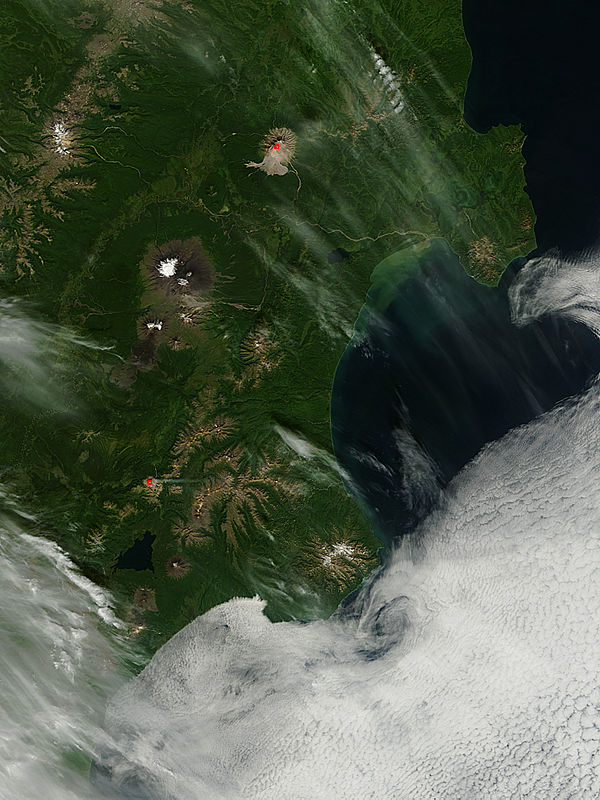 Explosive activity and moderate seismic of the Karymsky volcano continues. Ash explosions up to 19,700 ft (6 km) ASL could occur at any time. Activity of the volcano could affect low-flying aircraft. Karymsky is also on orange aviation code alert.

Orange aviation color mode means that volcano is exhibiting heightened unrest with increased likelihood of eruption or volcanic eruption is underway with no or minor ash emission. 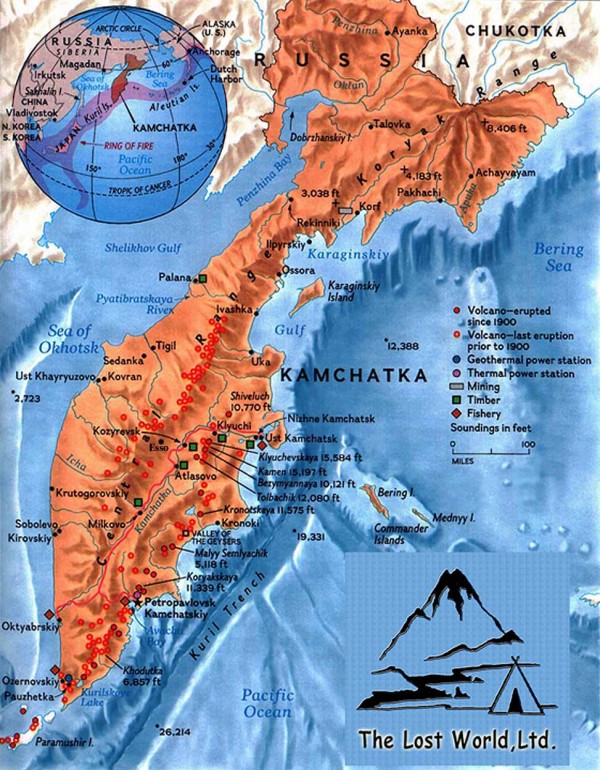 
If you value what we do here, create your ad-free account and support our journalism.