An extremely bright daylight fireball blazed across the skies of South Georgia and Florida, US, on January 24, 2016. The American Meteorite Society (AMS) stated the event was a meteorite fall.

The fireball appeared approximately at 15:25 UTC (10:25 ET) and more than 100 reports of the event have been submitted to the AMS. Most of the sightings were reported in the east and southeast part of Valdosta, the Tallahassee and Florida area to Valdosta's west. 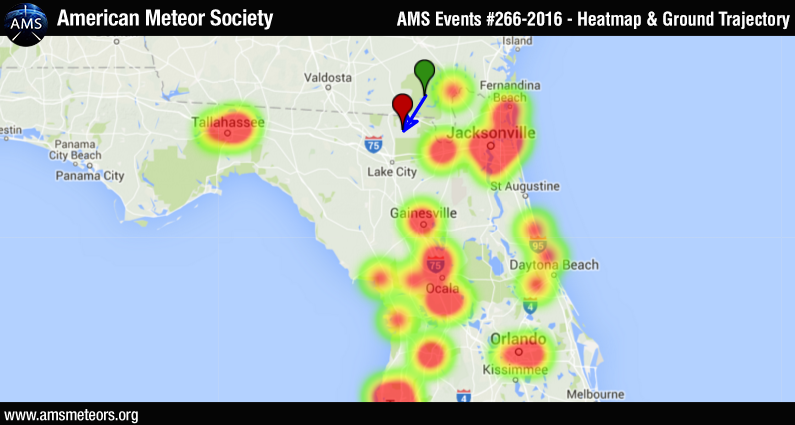 Dr. Martha Leake, a scientist from the Valdosta State University, said the area of potential impact is south of Fargo in clinch County, Georgia, and northeast of White Springs, Florida and that a lack of sightings in and around the Valdosta area is probably due to the Sun position at the time of meteorite fall.

"Apparently, Doppler weather radar tracked it down to an altitude of a mile, significant material on the ground. I suspect some of it wound up in the (Okefenokee) swamp or on farmland south of the swamp," she said. 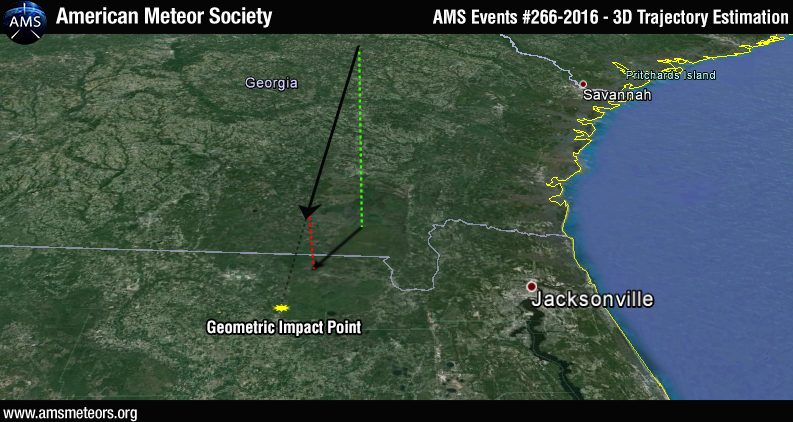 Meteorites are generally classified into three categories: iron, stony and meteorites composed both of iron and stone. Stony meteorites are most common, and, according to Dr. Leake, the fireball was one such type probably, as well. The meteorite would look similar in appearance to any other rock apart for a darker outside area coming from the heat friction the meteorite experienced while falling through the atmosphere.

Mike Hankey, a spokesman for the meteor society, suggested people in the area check security cameras to see if they caught images of the fireball.