Portugal's Porto and Coimbra districts reported flooding after the rivers Douro, Mondego and Tamega overflew their banks in the period between January 10 and 11, 2016.

A spell of heavy rainfall accompanied with strong winds affected the north and central parts of Portugal over the last couple of days. Portugal's National Civil Protection Authority (ANPC) and the Portuguese Institute of Sea and Atmosphere had issued weather warnings and high waves warnings in the coastal areas of Lisbon, Setúbal, Coimbra and Leiria. 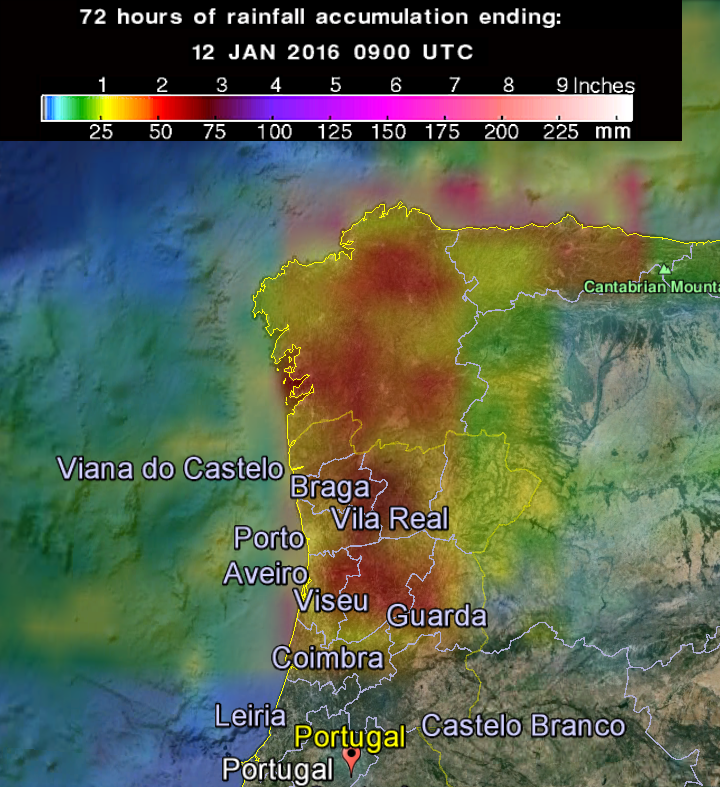 One of the worst affected areas was Porto district, where river Douro flooded the towns of Porto, Vila Nova de Gaia and Maia. The Tamega River caused some flooding in Amarante, as well. River levels have fallen since and the situation is slowly normalizing.

More than 300 weather-related incidents have been recorded over the last three days, 200 of them due to flooding conditions. Two landslides forced 10 people to leave their homes in Baltar in Paredes municipality.

Severe weather conditions caused the derailment of two trains in Mangualde, Viseu district and the municipality of Baião, Porto district. 4 people reported injuries from the incident.

Other incidents included fallen trees and traffic disruptions across the affected area, but luckily, no fatal injuries or deaths have been reported.