Melor formed as a tropical depression in the Northwestern Pacific Ocean close to the island of Yap, on December 10, 2015 and intensified into a violent typhoon by December 13. The system is expected to make landfall over southern Luzon, near Sorsogon, Philippines over the next 12 hours and bring moderate to heavy rainfall within a 300 km (186.4 miles) radius of the typhoon, according to PAGASA. Melor can have a high humanitarian impact based on the maximum sustained wind speed and the affected population and their vulnerability.

Violent Typhoon "Melor", known as Nona in the Philippines, was located approximately 794 km (493 miles) east-southeast of Manila, Philippines and moving westward at 20.4 km/h (12.7 mph) on December 13 at 15:00 UTC, according to the Joint Typhoon Warning Center (JTWC). The system was packing maximum sustained winds of 213 km/h (132.4 mph) with gusts reaching 259 km/h (161 mph). Estimated central pressure of the typhoon was 937 hPa. 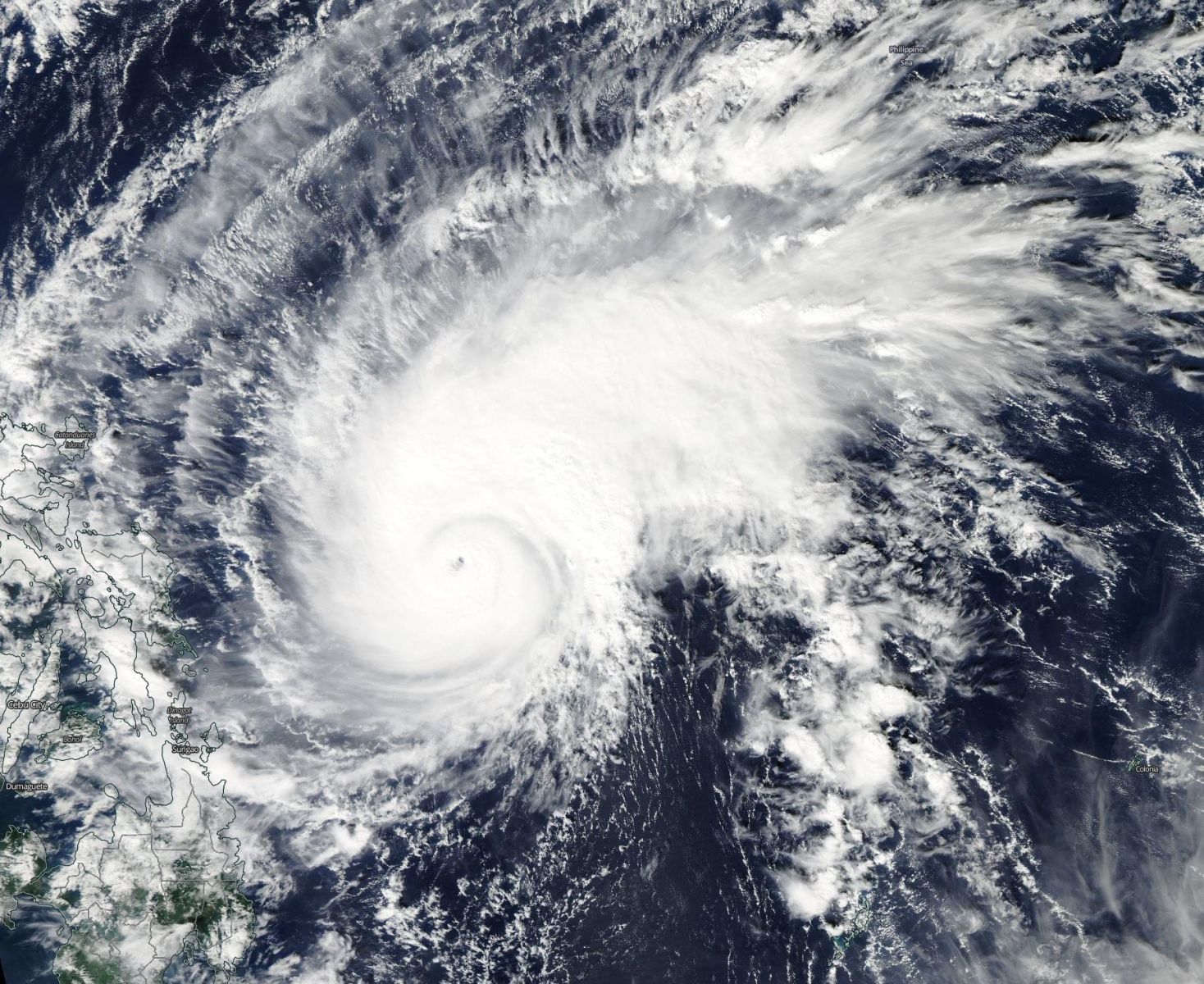 Melor has rapidly intensified over the last few days and has become very deep, compact and symmetric. The intensification happened due to its location in very favorable environmental conditions with low vertical wind sheer of only 18.5 km/h (11.5 mph) and 27.8 km/h (17.3 mph), warm sea surface temperatures above 28 °C (82.4 °F) and a highly efficient poleward outflow. 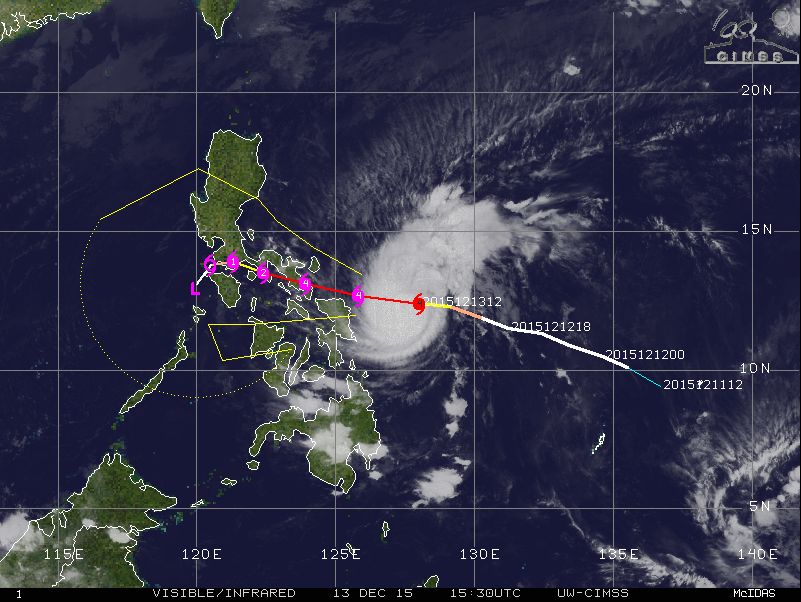 Typhoon "Melor" will continue tracking westward to west-northwestward in a favorable environment. The system is expected to intensify over the next 12 hours, and maximum sustained winds will climb up to 250 km/h (155.3 mph) while gust speeds will increase to 305.6 km/h (189.9 mph) at typhoon's peak intensity, before making landfall over Southern Luzon, Philippines.

"Powerful winds threaten with widespread destruction in southernmost Luzon and potentially along the northern coast of Samar, depending on how close Melor tracks," AccuWeather warned. "This includes Sorsogon City and Legazpi City."

The system is expected to bring moderate to heavy rainfall within a 300 km (186.4 miles) radius of the typhoon, according to the Philippine Atmospheric, Geophysical and Astronomical Services Administration (PAGASA). A storm surge will reach the heights of 3.6 m (11.8 feet). 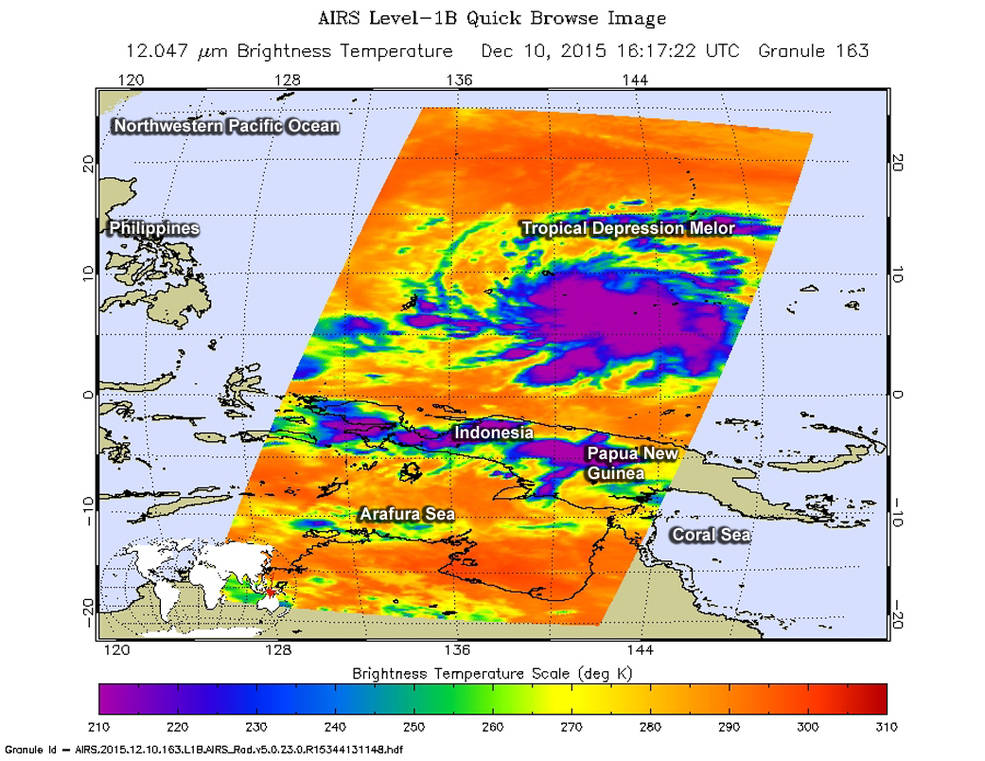 The residents have been advised to take precaution measures and a preemptive evacuation has been ordered for the coastal, low-lying and mountain slopes:

"We will possibly raise a public storm alert in the capital Manila and suspend sea travel and fishing due to storm surge and up to 4 m (13.1 feet) high waves at the open sea," Alexander Pama, executive director of the National Disaster Risk Reduction and Management Council said.

After making the landfall, the strength of the system will start to drop down, and within a 48 hour frame the maximum sustained wind speeds will decrease to 120 km/h (74.8 mph) with gusts reaching 148 km/h (92 mph). Over the next 3 days, Melor will reduce to a 74 km/h (46 mph) tropical storm.

Over the next few days, the weakened tropical storm will begin drifting west-southwestward and fully dissipate due to interaction with the strong northerly cold surge in the south China Sea, the JTWC forecasts.

The year 2015 marked the first year in the recorded history that a named tropical storm system formed every month.