Typhoon "Melor", also known in the Philippines as Nona, made initial landfall over Bulusan, Sorsogon in southern Luzon at 16:00 local time on December 14, 2015, as a violent typhoon, equivalent to a Category 4 hurricane on the Saffir-Simpson wind scale. The area was hit by heavy downpours and violent winds, leaving behind 4 victims and numerous devastated homes. The system is currently weakening, however, more severe weather conditions are expected over the next 24 hours.

The system made a series of landfalls over the Philippines since December 14. Its weakening after the initial land contact has been followed by another intensification, resulting in another Category 4 strength landfall over Mindoro Island in the early hours of December 15 (local time). 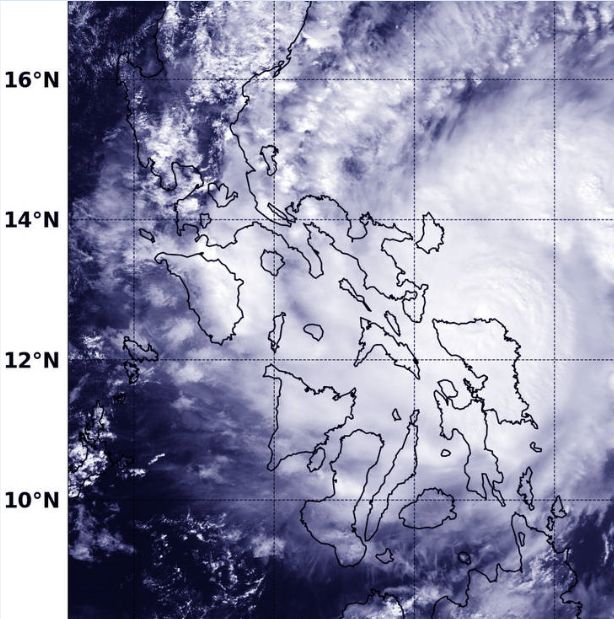 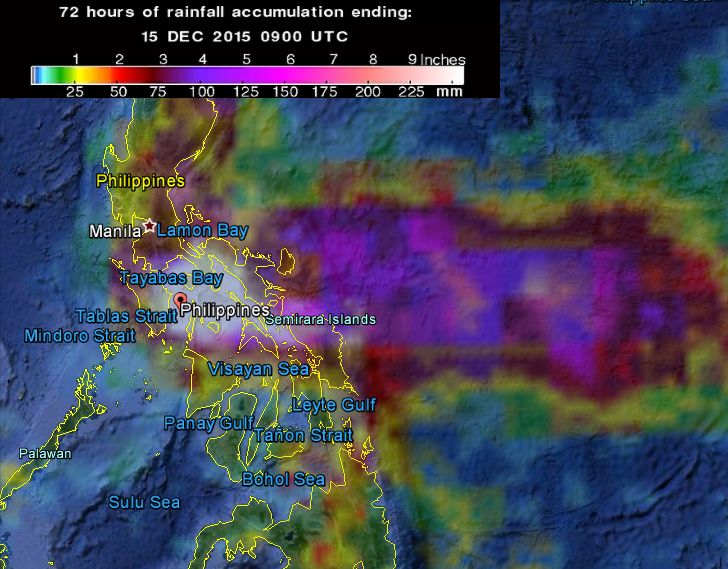 Melor battered the grounds of central Philippines with heavy rainfall and fierce winds. 4 people have been reported dead, so far, while 1 million islanders have been left without their power supplies across the region as violent winds toppled the trees and power poles.

The death toll might still rise as civil defense officials are doing their best to check the reports, battling the communication issues.

On December 14, the GPM satellite showed very intense storms in the southeastern side of Melor's eye wall were dropping rain at a rate of over 86 mm (3.4 inches) per hour. Storm top heights around Melor's eye were around 12.4 km (7.7 miles) and higher storm tops reaching 14.5 km (9 miles) were northeast of Melor's eye. Video credit: NASA/JAXA/SSAI/Hal Pierce

More than 730 000 people have been evacuated in the northern Visayas and southern Luzon ahead of the system's landfall, according to the Philippines Government. Schools and universities have been closed and flights canceled throughout the affected areas.

Winds of 160 km/h (100 mph) have been observed in northern Mindoro and southern Batangas provinces throughout the night of December 15 (local time).

"Melor is a very compact typhoon, so that will prevent its most devastating impacts from extending too far from its center," AccuWeather meteorologist Adam Douty said, as winds over 115 km/h (73 mph) extend only 45 km (30 miles) away from the typhoon's center.

According to the Philippine Atmospheric, Geophysical and Astronomical Services Administration (PAGASA), Melor's center was located over Santa Cruz, Occidental Mindoro at 16:00 local time on December 15. The system was packing maximum sustained winds of 140 km/h (86.9 mph) and gusts up to 170 km/h (105.6 mph).

Typhoon "Melor" will weaken by December 16, but strong wind gusts and heavy rainfall might still affect the region. Precipitation amount could reach 300 mm (12 inches) in the western Philippines, in particular in western Luzon where the higher terrain in combination with strong rains could pose a significant risk of deadly landslides.