The Philippines archipelago suffered another hit of severe weather, as heavy rainfalls battered the area on December 19, 2015. The government declared a state of national calamity, following a rising threat of aggravating floods across the region previously affected by Typhoon "Melor" (Nona). The total death toll, following a week of heavy flooding, has risen to 41.

Tropical Depression "29W", locally known as Onyok, which developed west of Palau on December 16, has weakened into a low pressure area as it made landfall over Caraga (Manay), Davao Oriental on December 18. The weather system brought more rainfall to the central Visayas Islands and Mindanao. 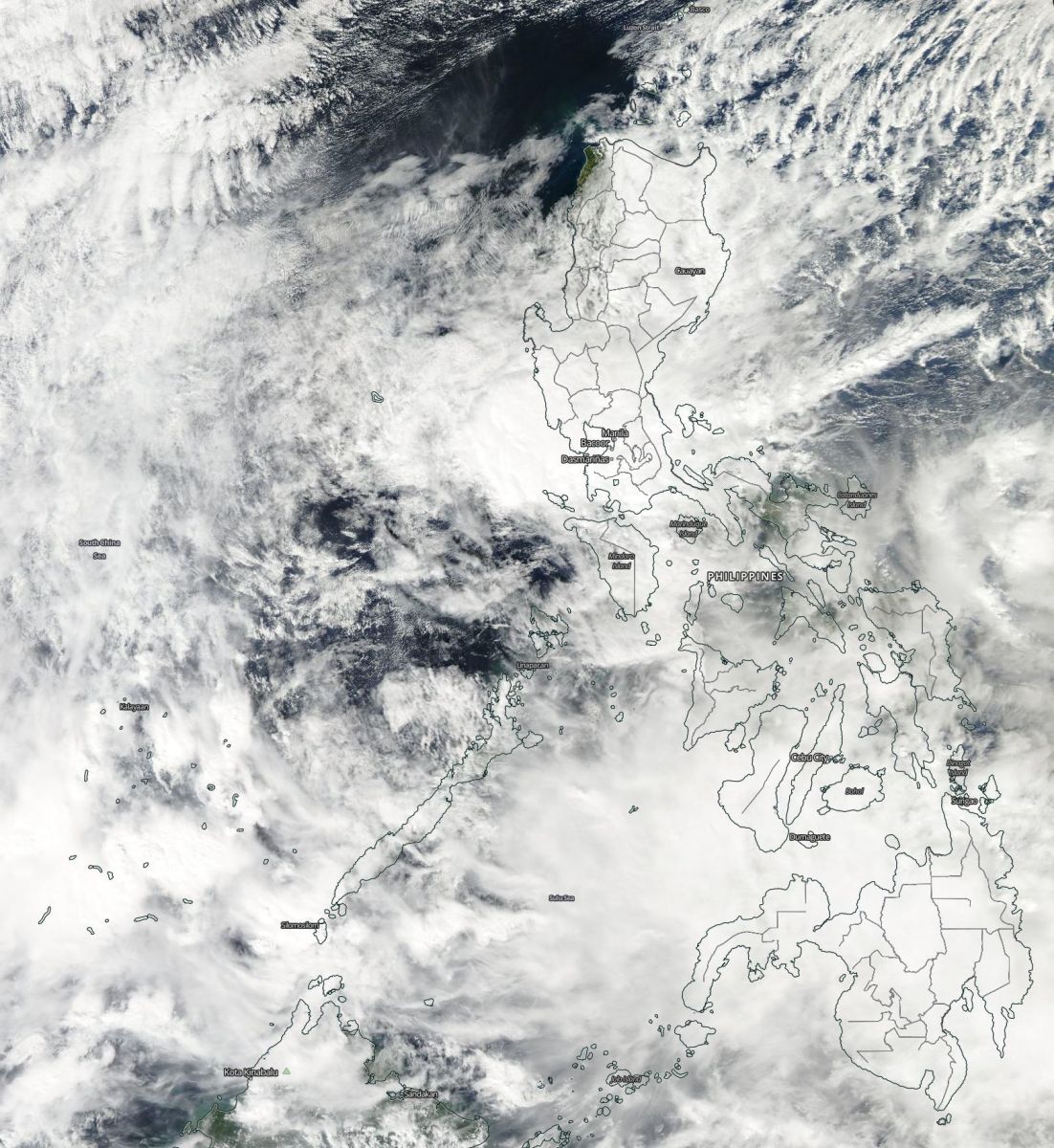 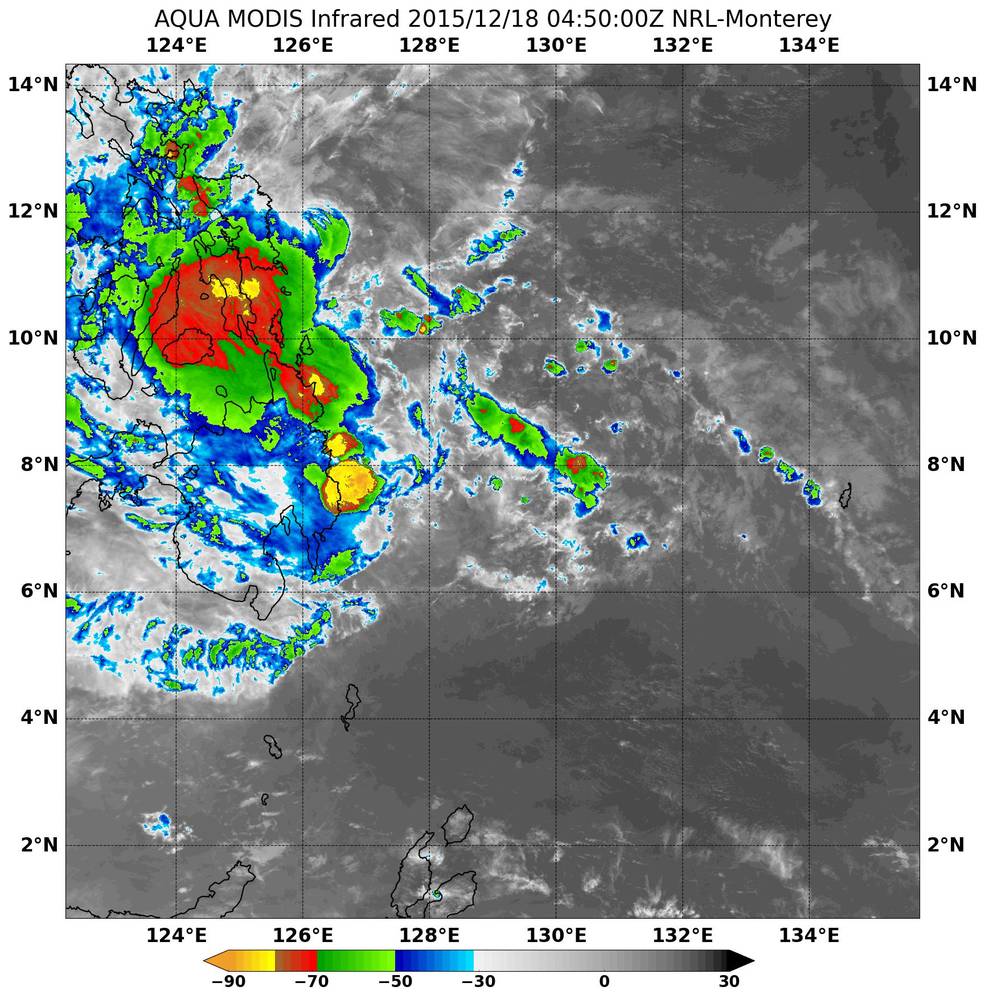 According to Philippine Atmospheric, Geophysical and Astronomical Services Administration (PAGASA), the field of low pressure was located in the vicinity of Lake Sebu, South Cotabato on the afternoon of December 19 (local time) while the Northeast Monsoon was affecting Northern and Central Luzon and tail-end of a cold front was influencing Southern Luzon. 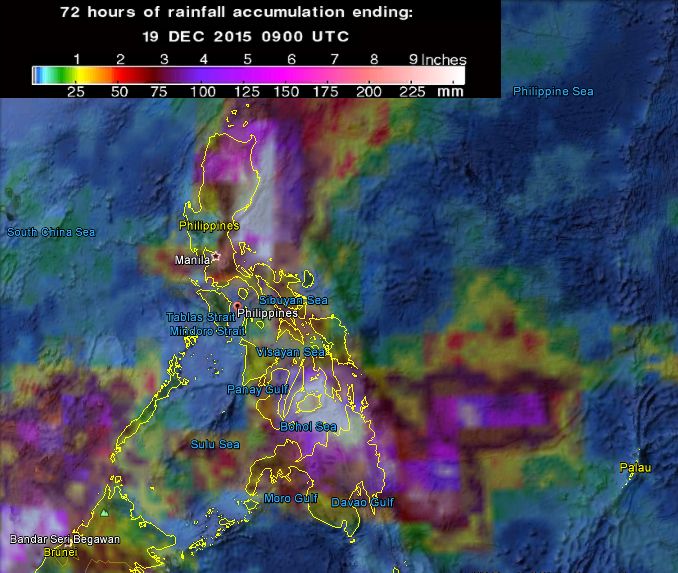 Moderate to heavy rain and thunderstorms are expected to affect Mindanao, Bicol Region, Western Visayas and the provinces of Aurora and Quezon throughout the day while light to moderate rains will prevail over Metro Manila, the rest of Luzon and Central and Eastern Visayas.

Moderate to strong northeast winds will affect Luzon and Visayas to the north over Mindanao, and the coastal waters surrounding the islands are expected to be moderate to rough.

Residents in low lying villages in the northern Philippines are struggling in flood waters caused by Typhoon Melor https://t.co/GqKYsXimmV

Almost 10 000 people from Caraga region have been evacuated before Onyok's landfall and 140 000 residents, previously displaced by Typhoon "Melor", have been held in evacuation centers. 30 mm (1.2 inches) per hour of additional precipitation has been forecast across the central islands of Cebu, Negros and Bohol. The residents of these areas have been warned to remain alert as further evacuations are possible.

The total death toll, following a week of heavy flooding, has risen to 41. A state of national calamity was declared by president Benigno Aquino to "hasten the rescue, recovery, relief and rehabilitation efforts", the Guardian reports.

"Almost the entire Philippines is experiencing rains. More floods are possible. We expect the rains to peak today. The weather will start to improve tomorrow," weather forecaster Robert Badrina said.