A new study, conducted by the University of Washington (UW) researchers used a huge volcanic eruption in Iceland, from the period between summer 2014 and early winter 2015, to explore how the sulfur emissions affects cloud's brightness. The results suggest the clouds influenced by sulfur emissions from volcano eruptions indeed result in smaller cloud particles, reflecting significantly more sunlight and consequently, appearing brighter, the UW reported on December 9, 2015.

Scientists have long suspected that sulfur emissions cause the clouds to reflect more light and thus appear brighter. However, although human civilization has steadily been pumping sulfur into Earth's atmosphere since the Industrial Revolution, it has been hard to actually measure the effect this had on the clouds. 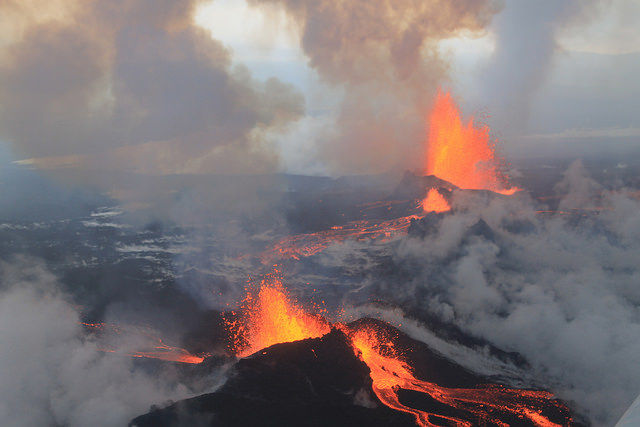 To actually measure the change, researchers have used a huge volcanic eruption in Iceland, a unique geological event from the period between summer 2014 and the early 2015. During the six months, a crack in the Bardarbunga volcano was producing a long, slow, low-elevation seep of sulfur emission and producing a huge amount of lava in the process.

The researchers have utilized the data recorded by NASA's Moderate Resolution Imaging Spectroradiometer (MODIS) instrument, to measure the size of droplets in the marine cloud layer. In the 14 year observation record, the observed droplets were the smallest in the period while the volcano was emitting sulfur.

"You can see the effect over an entire ocean for a two-month period. It was a pretty unique geophysical event within the satellite record," said Daniel McCoy, a UW PhD student in atmospheric sciences.

The study confirmed that volcanoes cool the planet not only by emitting particles high in the atmosphere, but also by releasing low-level sulfur to influence cloud formation. The reason why this happens is because the same amount of water vapor condenses into many small drops, due to the presence of aerosol particles. Smaller particles spread over a larger surface area, and therefore reflect more sunlight. 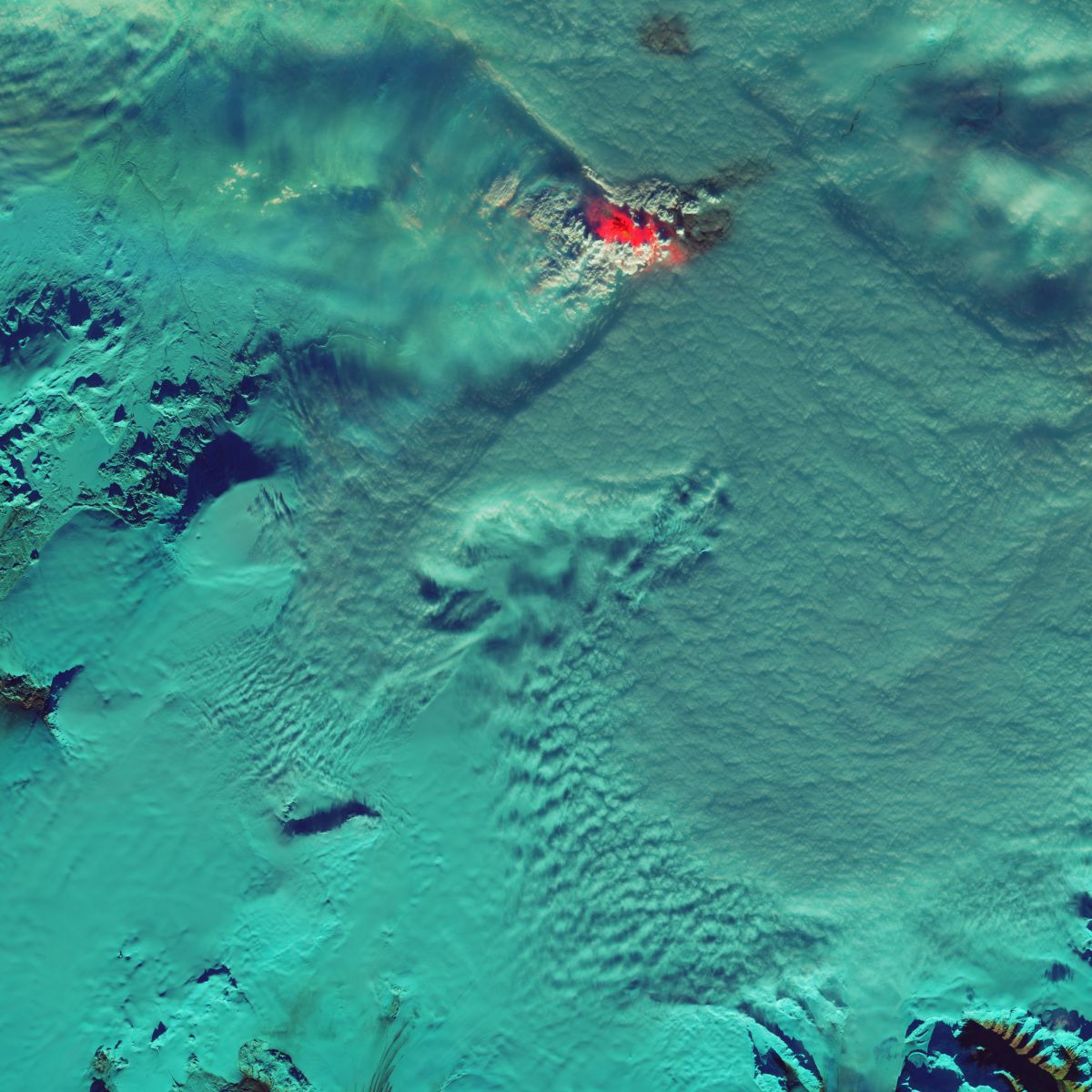 NASA’s MODIS instrument captures images in the visible and infrared wavelengths of light, showing details of cloud cover and reflected solar radiation around the fissure in the Bardarbunga volcano. This satellite image was captured November 9, 2014. Image credit: NASA

In the period between September and October 2014, the difference in reflected solar radiation over Iceland region has been estimated at 2 Watts per square meter.

"The effect of volcanic emissions on clouds has been a difficult one to quantify because of the ephemeral nature of most events. This eruption provides a natural laboratory that lets us test how clouds respond to aerosols," explained the study's co-author Dennis Hartmann, a UW professor of atmospheric sciences.

The research results could help the scientists in understanding human impact on clouds. It has been long thought that human pollution, rising since the Industrial Revolution, has altered skies in the Northern Hemisphere. An important uncertainty in today's climate models is related to how much this pollution actually brightened the clouds, in response to the simultaneous rise in carbon dioxide.

"One of the big uncertainties regarding climate change is how much human-produced aerosols have offset the warming until now. We hope the data from this eruption will improve the model simulations of cloud effects, and narrow the uncertainties in projections of the future," Hartmann added.

The study is expected to provide a benchmark for modelers and enable them to improve their algorithms for simulating the behavior of clouds and aerosols.

"The same way that the Mount Pinatubo eruption in 1991 was a big on-off signal that allowed us to evaluate models’ response to volcanic forcings, I think this Iceland eruption is a unique event that will help us to better understand the interaction between aerosols and clouds,"McCoy concluded.