A spell of extreme weather characterized by strong winds, storm surge and heavy rainfall wrapped northern Europe over the last couple of days. Tens of thousands of people have experienced power outages across parts of Sweden, while portions of Germany, Ireland, Denmark, Poland, Latvia also received a strong blow.

A weather system named Storm "Gorm" hit western and southern Sweden on the evening (local time) of November 29, 2015 as strong winds with speed reaching 115.2 km/h (71.6 mph) ripped through the region. The storm was reportedly one of the strongest to hit Sweden in the last few years. 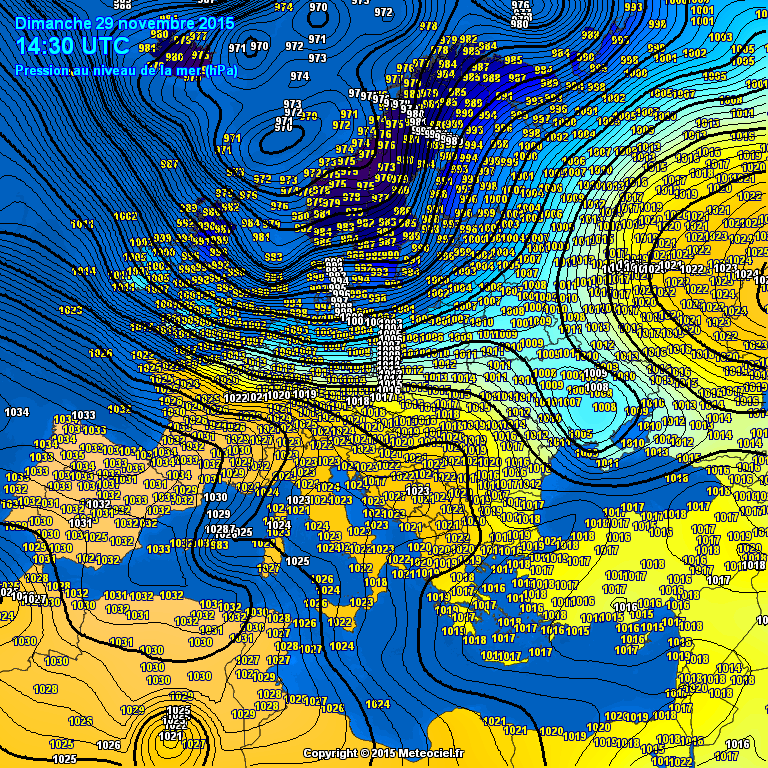 A pressure analysis across Europe where deep 970 hPa cyclone is shown approaching Scandinavia. A secondary low with central pressure of 977 hPa is pushed across the North Sea, set to affect Denmark and southern Sweden with severe winds on the evening of November 29. Image credit: Meteociel.fr via Severe Weather Europe

Violent winds have uprooted trees, damaged roofs and cars, and knocked down power lines across the southern part of the country. About 55 000 people were left without electricity and 9 000 reported problems with fixed phone lines, according to local media.

"We’ve had everything from chimneys that have become loose and blown down to roofs that have come off and barns literally torn up from the ground," Johan Wallin, a spokesperson for the emergency services in Halland said.​

The severe weather also caused power outages in the northern parts of the island of Ireland, heavy traffic disruptions in Denmark and property damage throughout most of the Germany, especially northern part, where floods swept the city of Hamburg on November 30.

Heavy rainfall and strong winds are expected to continue affecting northern and northeastern Europe in the period between November 30 and December 1. Red alerts for winds and rain are in effect across Germany, Poland, Slovakia and Latvia while Denmark has maintained a warning for high water levels in western Limfjord.