A complex weather system brought heavy rain and caused widespread flooding in several areas across the north Texas on November 26 and 27, 2015, leaving at least 4 people dead. The rain has pushed both Dallas and Fort Worth to their wettest years on record.

In Johnson County, two motorists lost their lives after attempting to drive through high water. In Tarrant County, a sheriff's deputy was rescued by Fort Worth firefighters after she tried to assist a 70-year-old motorist whose car was lifted off a bridge by the flooding. The deputy was found clinging to a tree two hours after she attempted to rescue the stranded senior, who is currently considered missing. 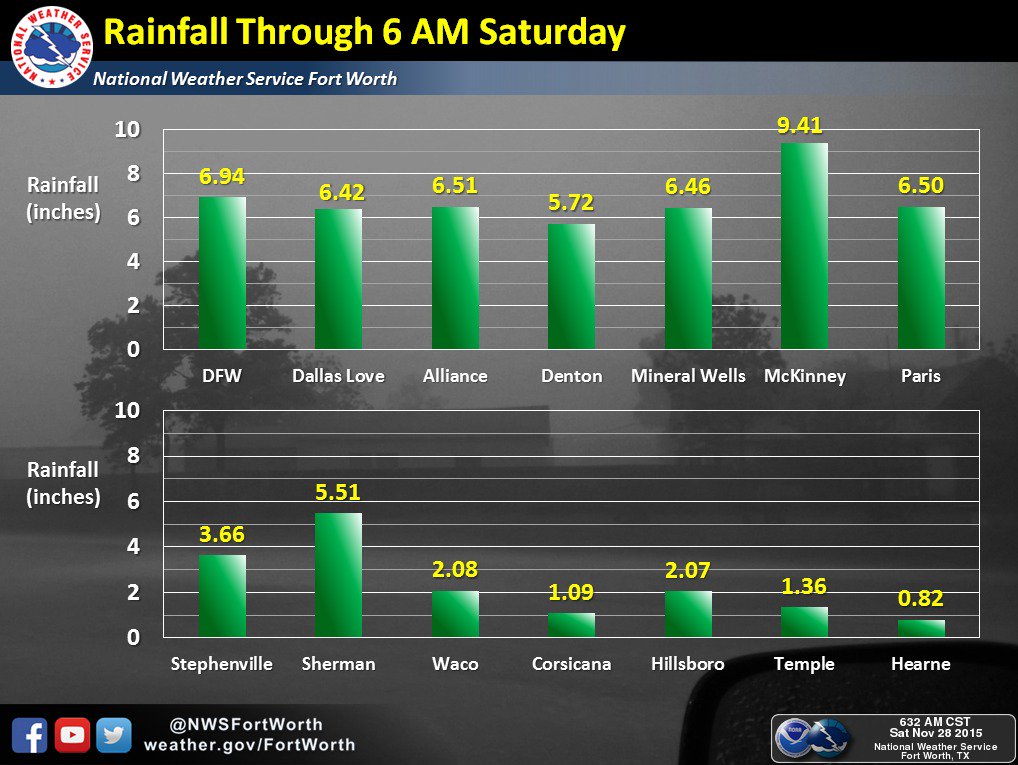 NWS forecasters say this complex weather system will continue bringing significant impacts to much of the Central and Southern Plains through the rest of the Thanksgiving holiday weekend.

Significant accumulations of ice and snow will bring dangerous travel conditions and potential power outages to portions of New Mexico, Texas, Oklahoma and Kansas. Further east, heavy rain could cause river and flash flooding across the Southern Plains. 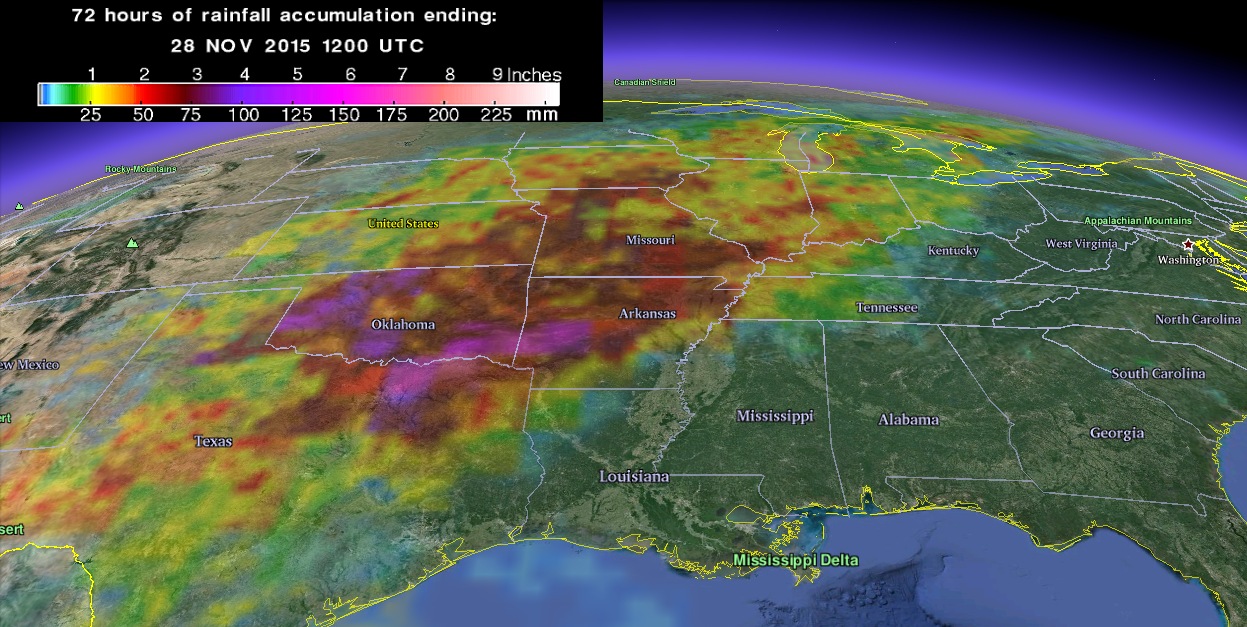