Severe thunderstorms accompanied with heavy rainfall have been battering parts of Greece since October 20, 2015 Lashing downpours triggered major flash floods and mudslides over the last couple of days, flooding homes and causing infrastructural damage across the affected areas.

Greece has been suffering extreme weather conditions over the last few days. Heavy rainfalls caused strong flash floods and landslides, while severe thunderstorms even sprouted a tornado in Athens on October 22, Severe Weather Greece reported. 1 person was reported dead, while one other went missing, local media reported on October 22. 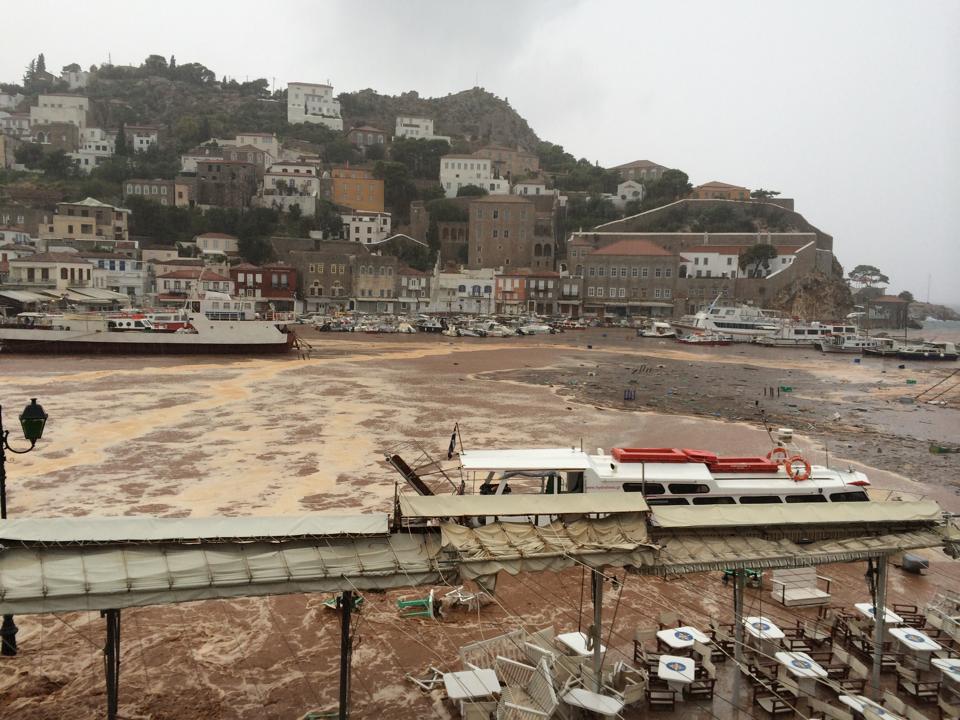 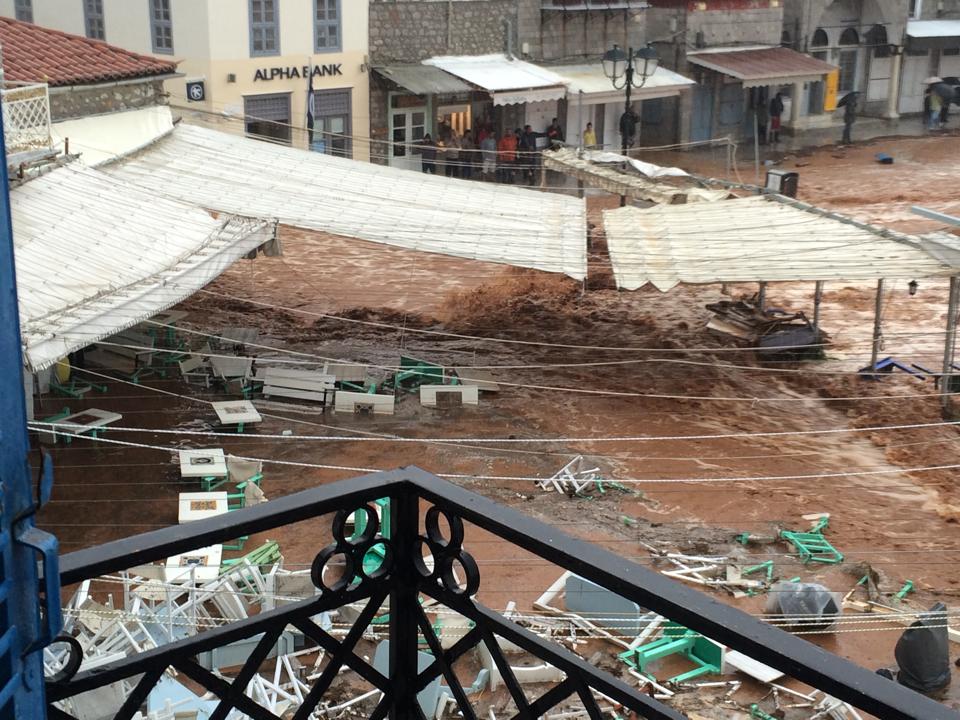 Approximately 135 mm (5.3 inches) of rain was reported to fall in Adravida, Western Greece in a period between October 21 and 22, while the gauge in Attica measured 175 mm (6.9 inches), causing traffic jams across the area. 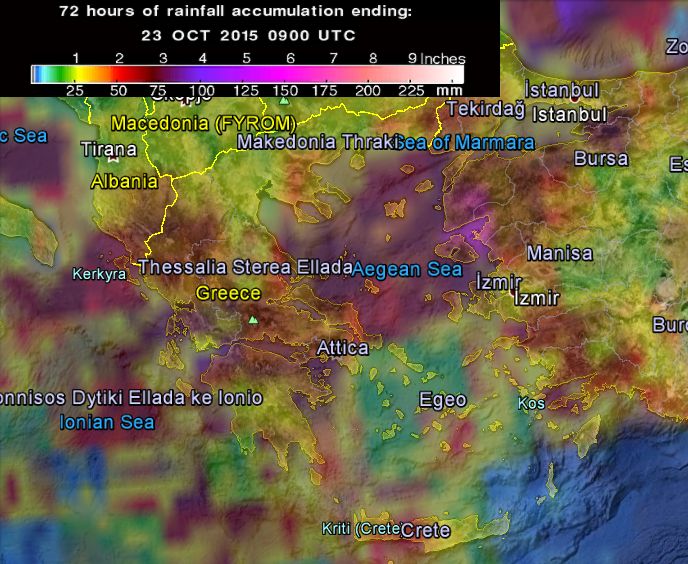 Over 185 mm (7.3 inches) of rainfall was reported in Athens on October 23, according to Severe Weather Greece.

Streets were flooded across Attica and Ilia regions, traffic jams have been reported across the affected areas, and several houses have been inundated and damaged.

A strong multivortex tornado was reported in Athens on October 22, an extremely rare phenomena to occurr in Greece, however, no damage was reported, luckily.

Heavy rainfalls and strong winds will continue to affect most of the country during the next 24 hours, according to the forecasts.