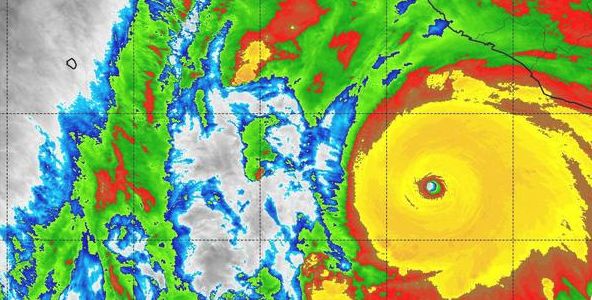 Extremely dangerous Hurricane "Patricia" became the strongest hurricane ever recorded in the eastern North Pacific and Atlantic on October 23, 2015, National Hurricane Center (NHC) announced. Patricia is now a category 5 hurricane and is expected to make landfall in southern Mexico by the end of October 23. The system is still gaining strength while racing toward the shores. Residents are urged to complete preparations now, had they not have done so already, and remain on high alert. 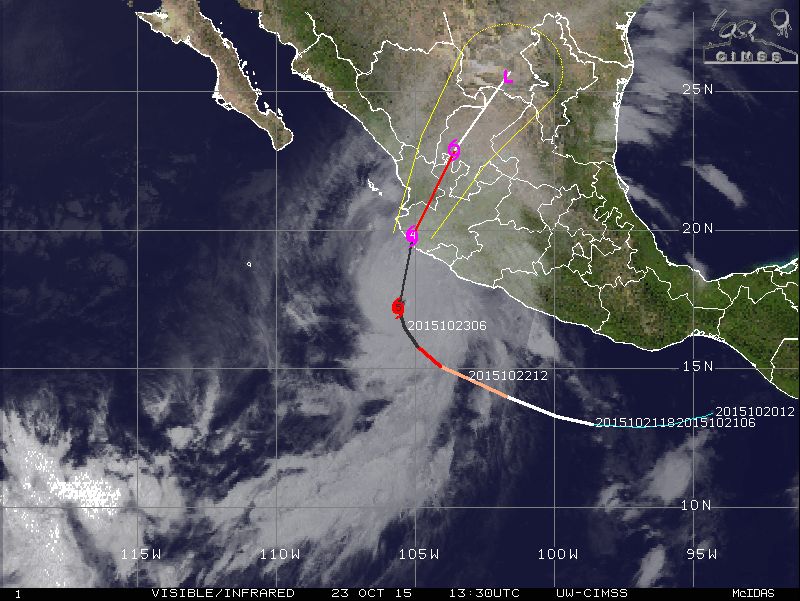 Intensity reported by the Hurricane Hunters, from three center fixes, makes Hurricane "Patricia" the strongest hurricane ever recorded in the NHC's area of responsibility (AOR), which includes the Atlantic and the eastern North Pacific basins. The minimum central pressure of this system, estimated from the aircraft data, is not only extremely low, but also lowest ever in NHC's AOR.

The massive system is expected to make landfall within the hurricane warning zone by the end of the day, and will likely gain some more intensify beforehand. The official track forecast remains the same, although a little slower. 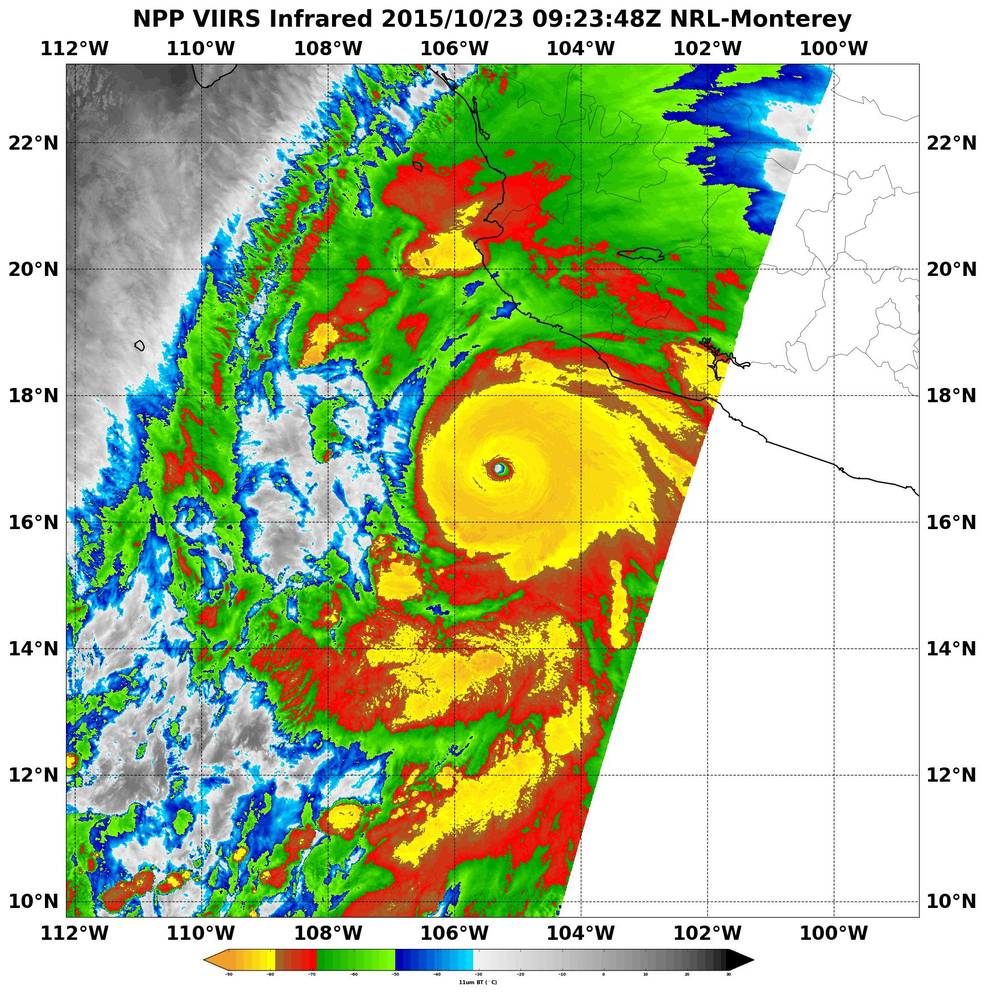 When NASA-NOAA's Suomi NPP satellite passed over Patricia on the VIIRS instrument that flies aboard Suomi NPP looked at the storm in infrared light, October 23, 2015. Cloud top temperatures of thunderstorms around the eyewall were near -90 °C (-130 °F). Image credit: NRL/NASA/NOAA

Hurricane conditions will most likely reach the hurricane warning area by the afternoon of October 23. Tropical storm conditions are already spreading across portions of warning area. NHC states: "Preparations to protect life and property should be rushed to completion."

The system is forecast to produce a total rainfall accumulation between 203.2 and 304.8 mm (8 to 12 inches), and the precipitation amount could rise up to 508 mm (20 inches) across the states of Jalisco, Colima, Michoacan and Guerrero. Heavy rainfalls could induce life-threatening flash floods and dangerous mudslides across the states.

Extremely dangerous storm surge is expected to cause severe coastal flooding near and to the right of where the center makes landfall, according to NHC. Large and destructive waves are likely near the coast.

The Government of Mexico has extended the Hurricane Warning north of Cabo Corrientes to San Blas and discontinued the Tropical Storm Watch from east of Lazaro Cardenas to Tecpan De Galeana.

Citizens are strongly advised to stay alert and make sure all proposed safety measures have been taken.

Featured image: When NASA-NOAA'Suomi NPP satellite passed over Patricia on the VIIRS instrument that flies aboard Suomi NPP looked at the storm in infrared light, October 23, 2015. Cloud top temperatures of thunderstorms around the eyewall were near -90 °C (-130°F). Image credit:NRL/NASA/NOAA