Extremely dangerous Hurricane "Patricia" is expected to make landfall in Mexico on October 23, 2015, National Hurricane Center (NHC) reported. The system is currently racing toward Mexico while still gaining strength over the warm waters of eastern Pacific. Residents within the watch zone are urged to complete preparations and remain alert. 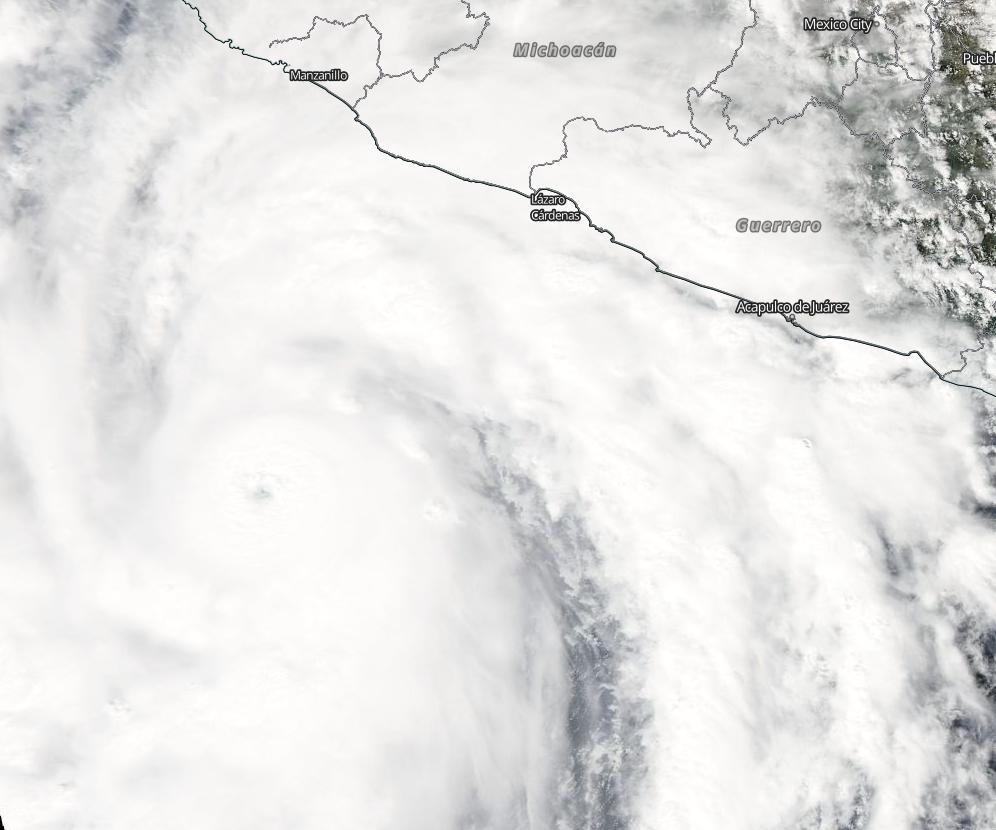 Winds of hurricane force have spread up to 45 km (30 miles) out from the center while tropical storm force winds expand about 280 km (175 miles) away.

Hurricane "Patricia" is expected to turn northwestward and then north and its eye will make landfall within the hurricane warning zone by the night of October 23, NHC reports. The system will gain some strength by the end of the day and will remain an extremely dangerous hurricane through landfall. 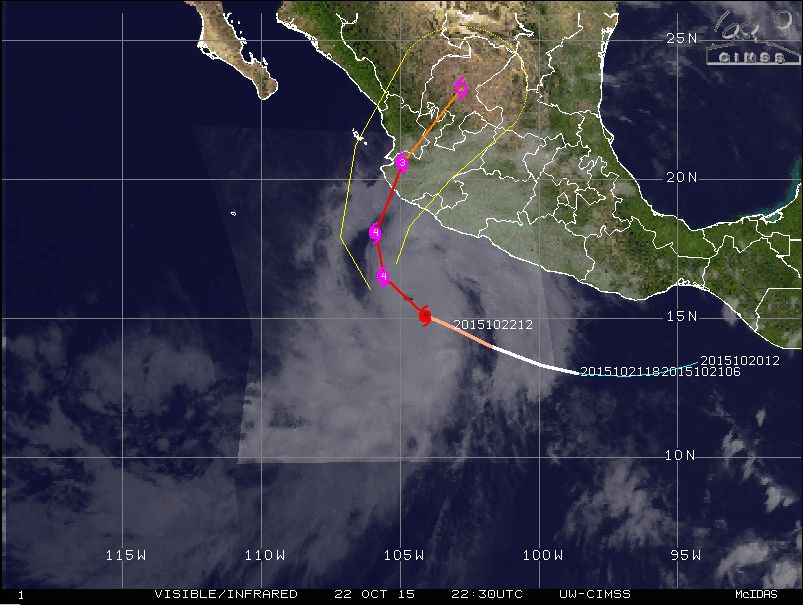 Hurricane winds will reach the warning zone by the evening of October 23, while winds of tropical force are expected to affect the area even sooner. Strong gusts will make outside preparations difficult and even dangerous, and NHC therefore advises local residents to complete all the preparations as soon as possible.

The system is forecast to produce a total rainfall accumulation between 152.4 and 304.8 mm ( 6 to 12 inches), and the precipitation amount could rise up to 508 mm (20 inches) across the states of Jalisco, Colima, Michoacan and Guerrero. Heavy rainfalls could induce life-threatening flash floods and dangerous mudslides. 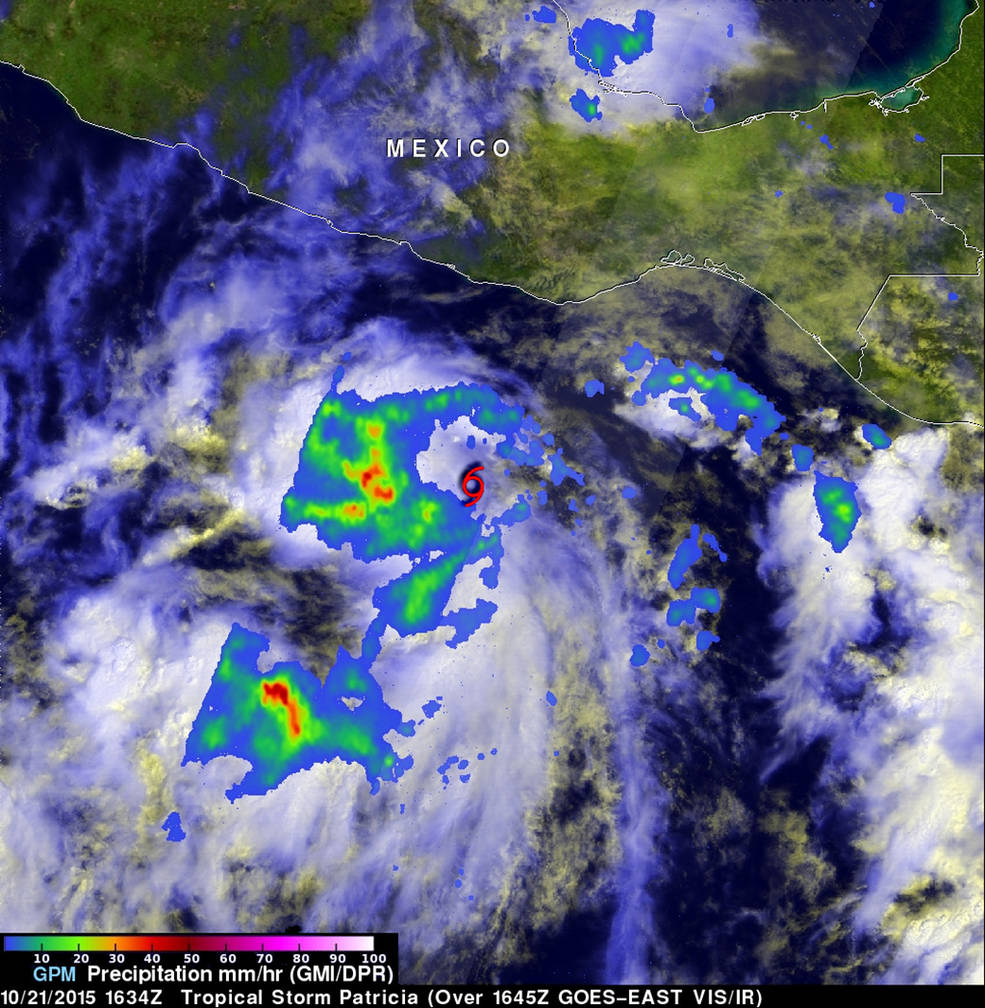 A large storm surge is expected to cause strong coastal flooding near and to the right of where the center makes landfall, according to NHC. Large and destructive waves are likely near the coast.

The Government of Mexico has extended the Hurricane Warning north of Cabo Corrientes to San Blas and discontinued the Tropical Storm Watch from east of Lazaro Cardenas to Tecpan De Galeana.

Citizens are strongly advised to stay alert and make sure all proposed safety measures have been taken.

Update: Hurricane "Patricia" became the strongest hurricane ever recorded in the eastern North Pacific and Atlantic

Featured image: NASA's GPM satellite saw that the western side of Tropical Storm Patricia was packing most of the storm's moderate and heavy rainfall, October 21, 2015. Image credit NASA/SSAI/JAXA, Hal Pierce