A third global coral bleaching event was announced by the US National Oceanic & Atmospheric Administration (NOAA) on October 8, 2015. The event is expected to be enhanced by the strong El Nino, and will impact about 38% of the world's coral reefs by the end of this year and kill more than 12 000 square kilometers of reefs (4 633 square miles).

Coral bleaching, a phenomenon in which the corals loose their natural coloration and turn pale white, occurs when corals experience periods of warmer than usual temperatures and excessive sunlight for about 4 to 6 consecutive weeks.

When corals bleach they are actually expelling the brown algae that they grow within their body tissues. Corals expel them, because the high temperatures causes the algae to produce toxic compounds. When bleaching occurs, the coral's skeleton becomes visible through the coral tissue. 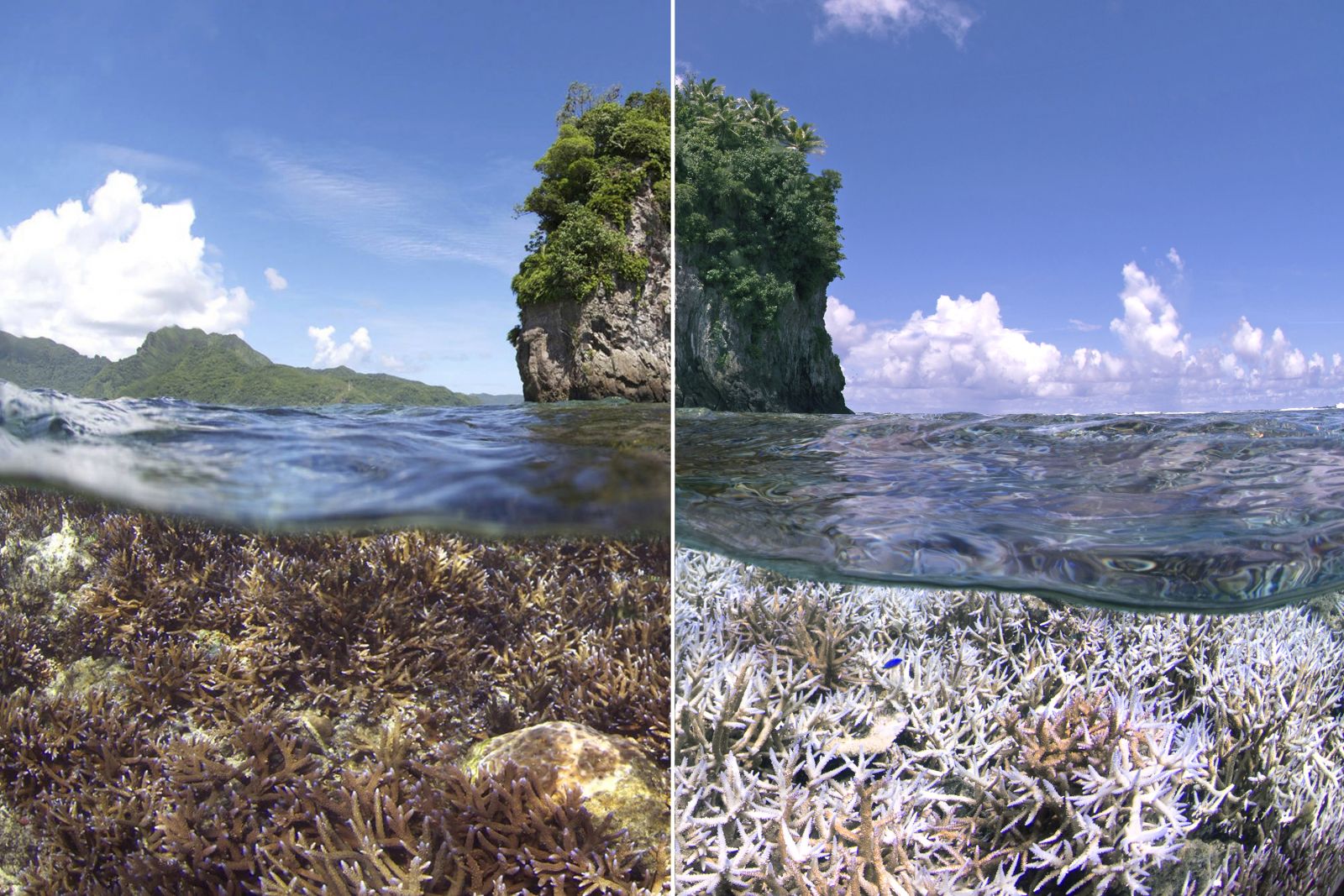 As ocean temperatures increase around the globe, coral bleaching is becoming more and more common. At least a few isolated cases are reported during the summer months each year, while major events on a global scale, are usually associated with natural cycles such as El Nino conditions that enhance higher ocean temperatures. 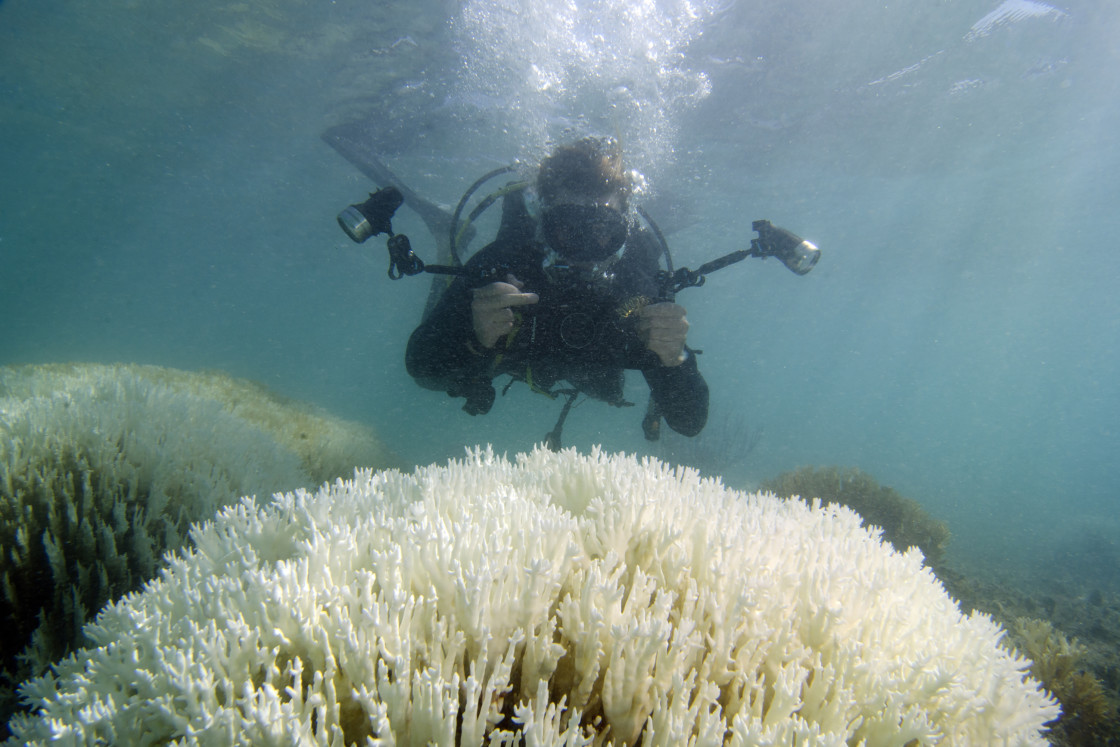 “As a result, we are losing huge areas of coral across the US, as well as internationally. What really has us concerned is this event has been going on for more than a year and our preliminary model projections indicate it’s likely to last well into 2016.”

October 2015-January 2016: NOAA's standard 4-month bleaching outlook shows a threat of bleaching continuing in the Caribbean, Hawaii and Kiribati, and potentially expanding into the Republic of the Marshall Islands. Image credit: NOAA

​February-May 2016: An extended bleaching outlook showing the threat of bleaching expected in Kiribati, Galapagos Islands, the South Pacific, especially east of the dateline and perhaps affecting Polynesia, and most coral reef regions in the Indian Ocean. Image credit: NOAA

When whole reef systems bleach, the event is called mass coral bleaching. First such event was recorded in 1998, during a strong El Nino followed by an equally strong La Nina, while the second one was observed in 2010.

Record high ocean temperatures have already caused widespread coral bleaching across Hawaii, NOAA reports. Scientists have confirmed the same stressful conditions are expanding to the Caribbean and could continue into the new year. The situation has prompted scientists to declare the third global coral bleaching event ever recorded.

Bleaching began in the north Pacific in summer 2014, and then spread to the south Pacific and Indian oceans in 2015. According to NOAA's estimates, by the end of 2015, almost 95% of US coral reefs will be exposed to warming ocean conditions.

Waters are warming in the Caribbean, threatening coral in Puerto Rico and the U.S. Virgin Islands, according to NOAA scientists. Coral bleaching began in the Florida Keys and South Florida in August, but now scientists expect bleaching conditions there to diminish.

Corals can recover from mild bleaching, while severe or long-term bleaching is often lethal. After the corals die, the whole reefs degrade and erode. 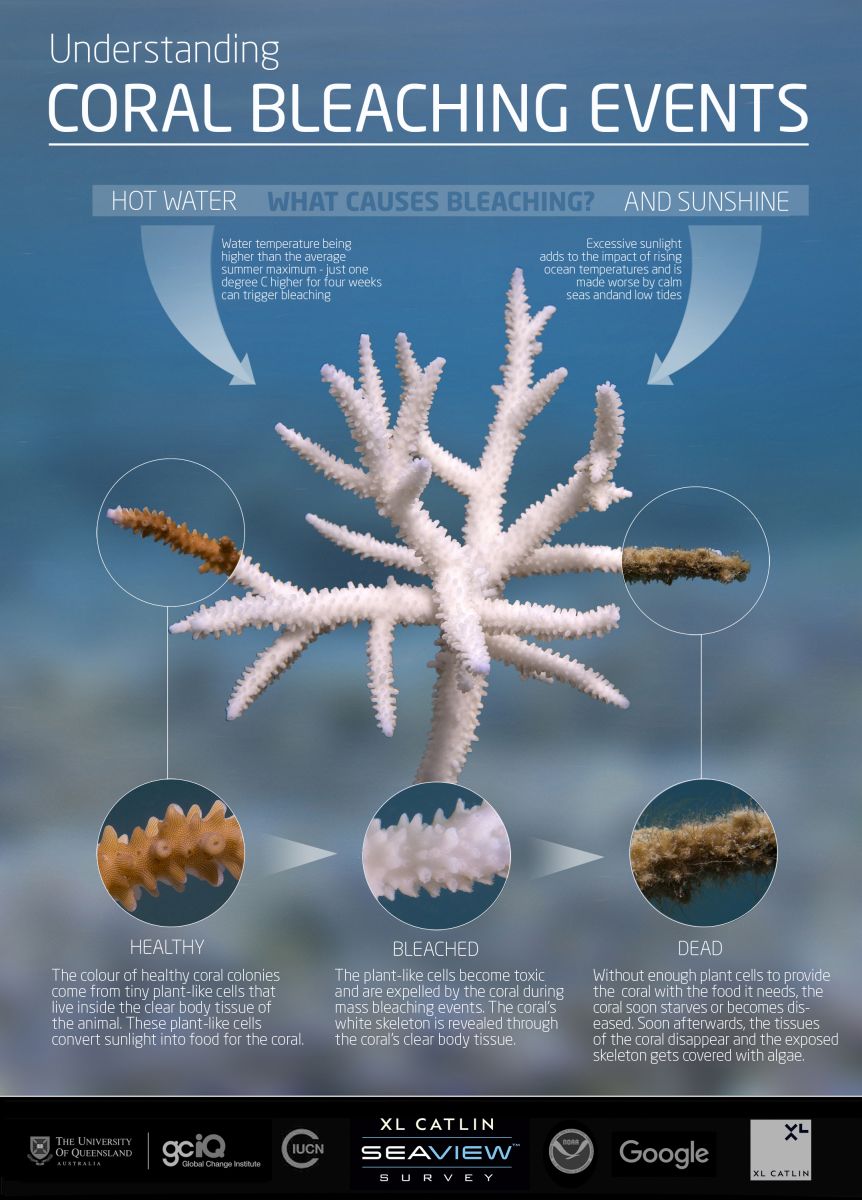 The Hawai'i Islands are at the highest risk at the minute, as the bleaching there is currently intensifying and will most likely continue for at least another month. Over the next couple of weeks, the areas including Haiti, the Dominican Republic and Puerto Rico and from the US Virgin Islands south into the Leeward and Windward islands will also find themselves at an increased risk of bleaching.