Tropical Storm "Marty" has been lurking off the coast of Mexico since September 27, 2015 and its track still carries an air of uncertainty. According to current forecasts it's not expected to make a landfall, prior to weakening to a remnant low, however only a slight deviation in the storm's track would bring its center onshore. Tropical Warning and Watches are in effect along the areas from Acapulco to Punto San Telma.

Tropical Storm "Marty" formed off the coast of Mexico, as a Tropical Depression "17E" on September 26. The system intensified to a hurricane by September 28, but quickly weakened to a tropical storm by the morning of September 29. 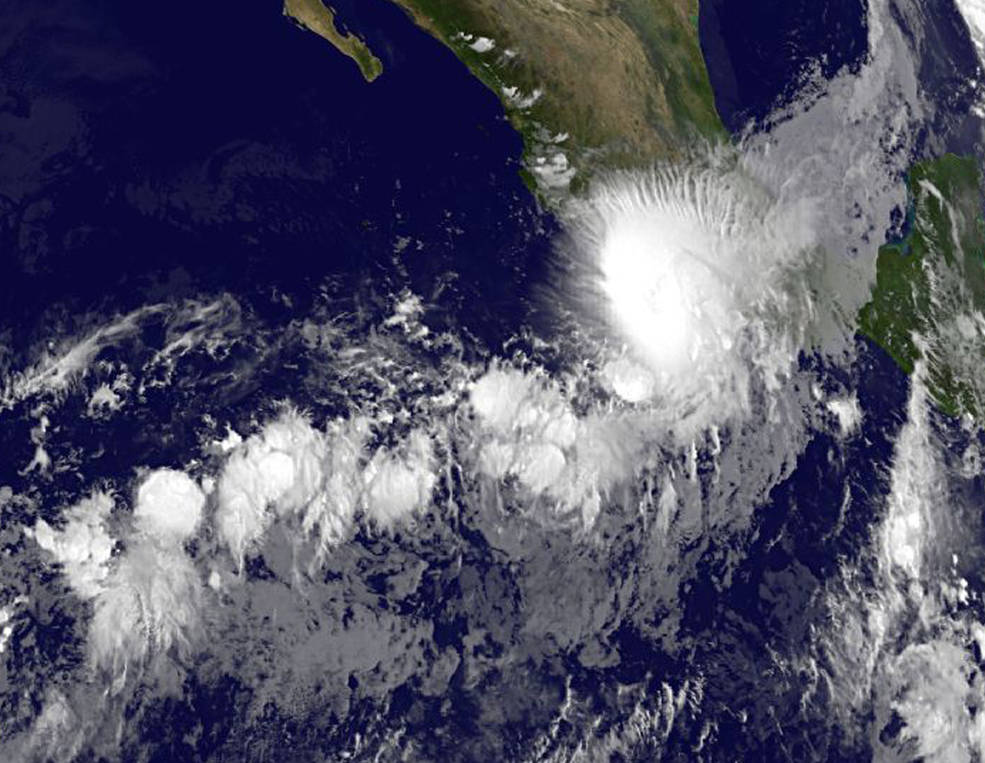 Marty was located approximately 165 km (105 miles) south of Zihuatanejo, Mexico on September 29, 15:00 UTC, according to NHC. The system was moving eastward at 6 km/h (3 mph), with maximum sustained wind speeds reaching 95 km/h (60 mph). Minimum central pressure was estimated at 996 hPa, and tropical force winds extend up to 130 km (80 miles) out of the storm's center. 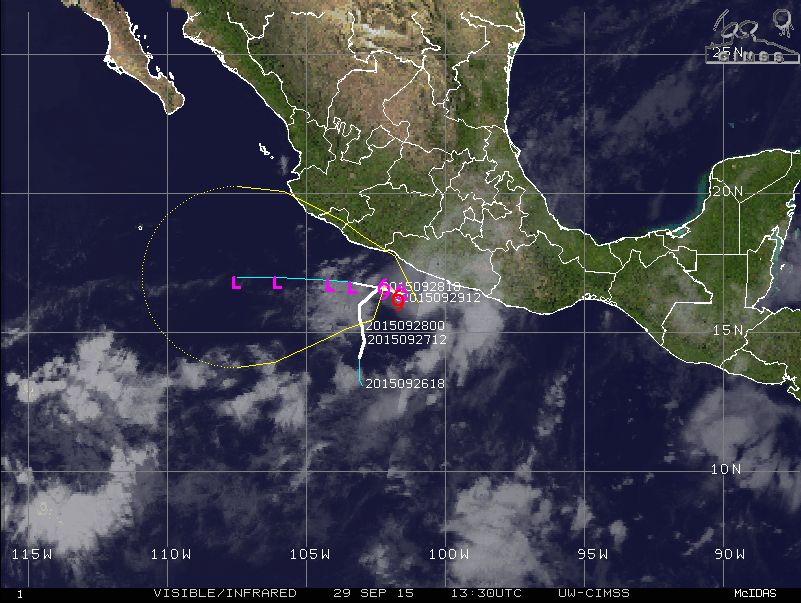 Marty is expected to turn northward by early morning on September 30, and gradually turn toward the west-northwest by the afternoon of the same day. An exact movement track remains uncertain, so far. The center of the storm is expected to remain just offshore the southwestern coast of Mexico by September 30. However, only a slight deviation to the right of the current forecast track would cause the center to drift onshore.

Marty is currently in environmental condition with strong vertical wind shear and upwelling of cooler waters. These factors are expected to lead the cyclone to weaken to a tropical depression within the next 36 hours, and degenerate into a remnant low over the next two days.

Tropical Storm "Marty" is expected to produce between 152.4 and 304.8 mm (6 to 12 inches) of precipitation over the Mexican state of Guerrero and about 152.4 to 127 mm (2 to 5 inches) over the state of Michoacan through October 1, according to NHC. Isolated amounts of 508 mm (20 inches) are possible in Guerrero patch extending form the Sierra Madre del Sur mountains towards the coast.

Marty is expected to generate strong swells across portions of the southern Mexico coast, which could cause life-threatening surf and rip current conditions.