During the early morning hours of September 29th (by 06:43 UTC) those two regions managed to produce 6 M-class solar flares. However, no Earth-directed Coronal Mass Ejections (CMEs) have been observed so far. 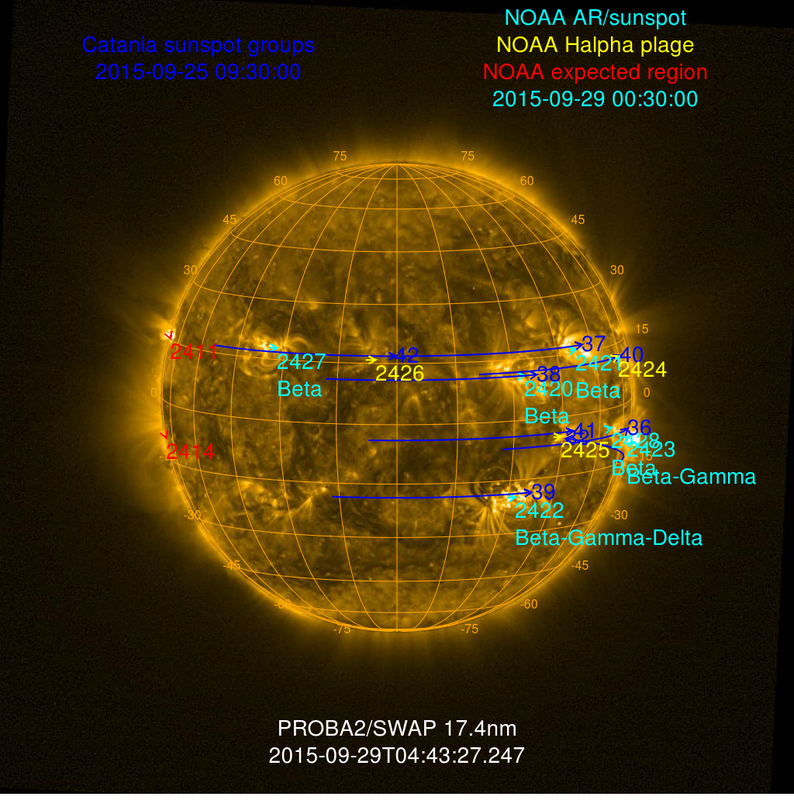 Region 2422 has slowed its growth but it still has 'Beta-Gamma-Delta' magnetic configuration. It is capable of producing strong and major eruptions on the Sun and is still in geoeffective position. So far, it seems it failed to produce a CME.

'Beta-Gamma' classified Region 2423 is now located on the west limb and is starting its farside rotation. This region did manage to produce a CME during the M3.6 flare at 03:55 UTC on September 28, but initial analysis of the available coronagraph imagery indicates a non-Earth directed component. 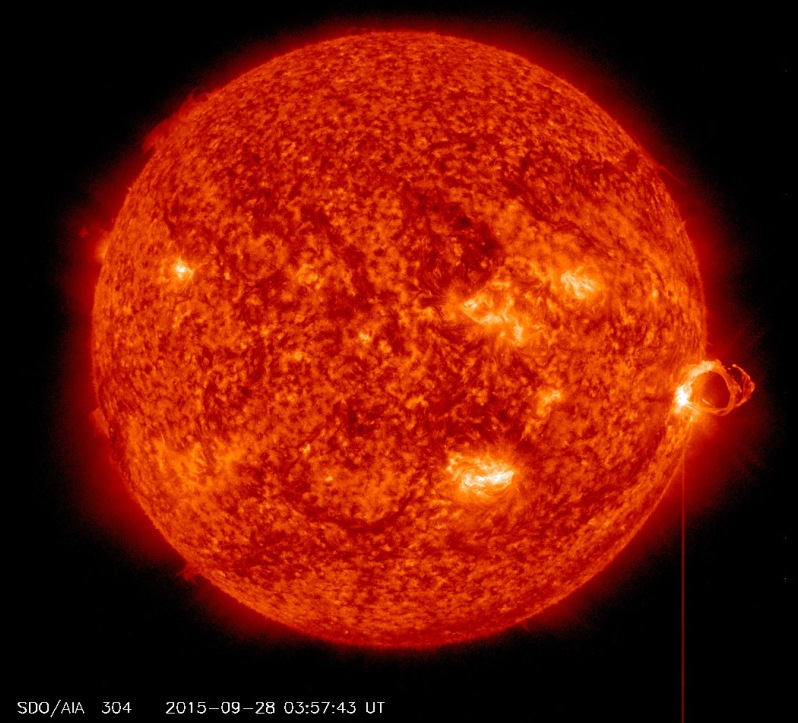 Additionally, a filament from near the southeast limb became active after 06:30 UTC on September 28 and erupted by 11:30 UTC. SWPC analysis done by 00:30 UTC on September 29 indicates any associated CME would be non-Earth directed. However, analysis continues as more coronagraph imagery becomes available.

Below is a list of manually verified M-class solar flares produced on September 29 (data source SWPC, all times UTC):

Solar activity is likely to be moderate (R1-R2, Minor-Moderate), with a chance for X-class (R3, Strong or greater) flares through October 1 due to the enhanced flare potential from several of the active regions, in particular, Region 2423 and 2422. NOAA SWPC forecasters estimate 70% chance for M-class and 25% chance for X-class solar flares over the next three days.