Heavy rains that were sweeping Sri Lanka since September 25, 2015, caused landslides and floods across the affected areas. At least 7 people were reported dead and 286 displaced, as of September 26, according to the national authorities.

A significant part of Sri Lanka has been continually affected by heavy downpours since September 25. Approximately 84 mm (3.3 inches) of rainfall was observed in a 24 hour period between September 27 and 27 in Trincomalee in the Eastern Province. At the same time 75 mm (2 inches) was measured in Galle in Southern Province, 62 mm (2.4 inches) in Ratmalana and 51 mm (2 inches) in Colombo in Western Province. 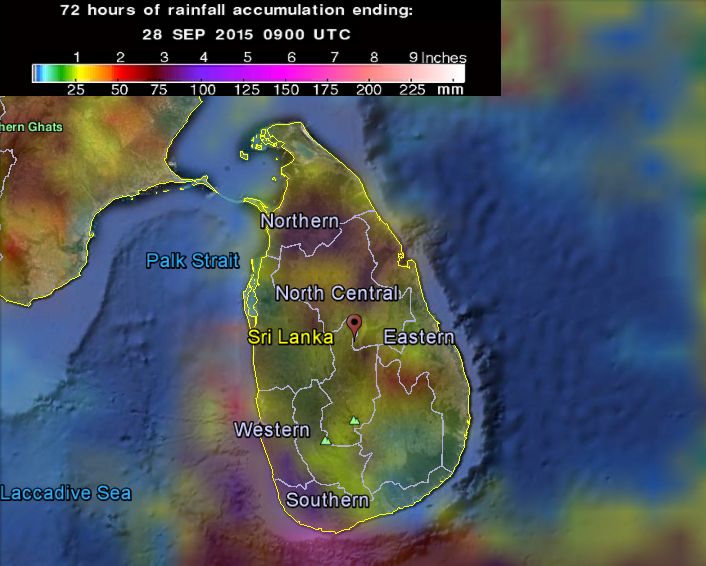 Severe rainfalls have caused landslides and floods leaving at least 7 people dead, 3 injured, 45 affected and 286 displaced, as of September 26. Several homes have been destroyed, as well.

Sri Lanka Red Cross is providing relief operations across the affected areas. First aid trained volunteers have been deployed to assist the survivors, as well as providing food supplies, and other relief items.

More rainfall of moderate strength has been forecasted across most of the island, with possible heavy rainfall in the south-western part of the country.