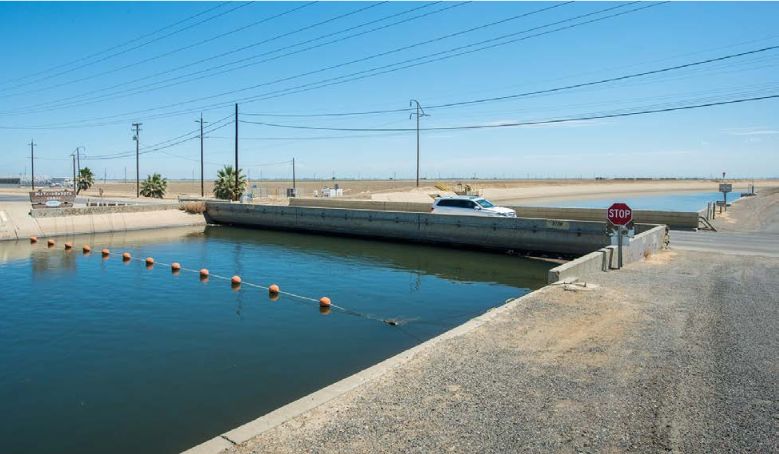 The extensive groundwater pumping, in response to a historical drought that has dried out the grounds of California, has caused the the land to sink, the Department of Water Resources announced on August 19, 2015. The San Joaquin Valley is now sinking at an extremely fast pace, as the groundwater levels in the state have reached a record low.

Widespread drought across the state of California has caused the residents to increase the groundwater pumping. As there is no end in sight for the dry conditions, the extensive pumping is now threatening to sink the land. A new NASA's report, released by the Department of Water Resources claims the land in the San Joaquin Valley is currently sinking at a rate of 5 cm per month (about 2 inches per month). 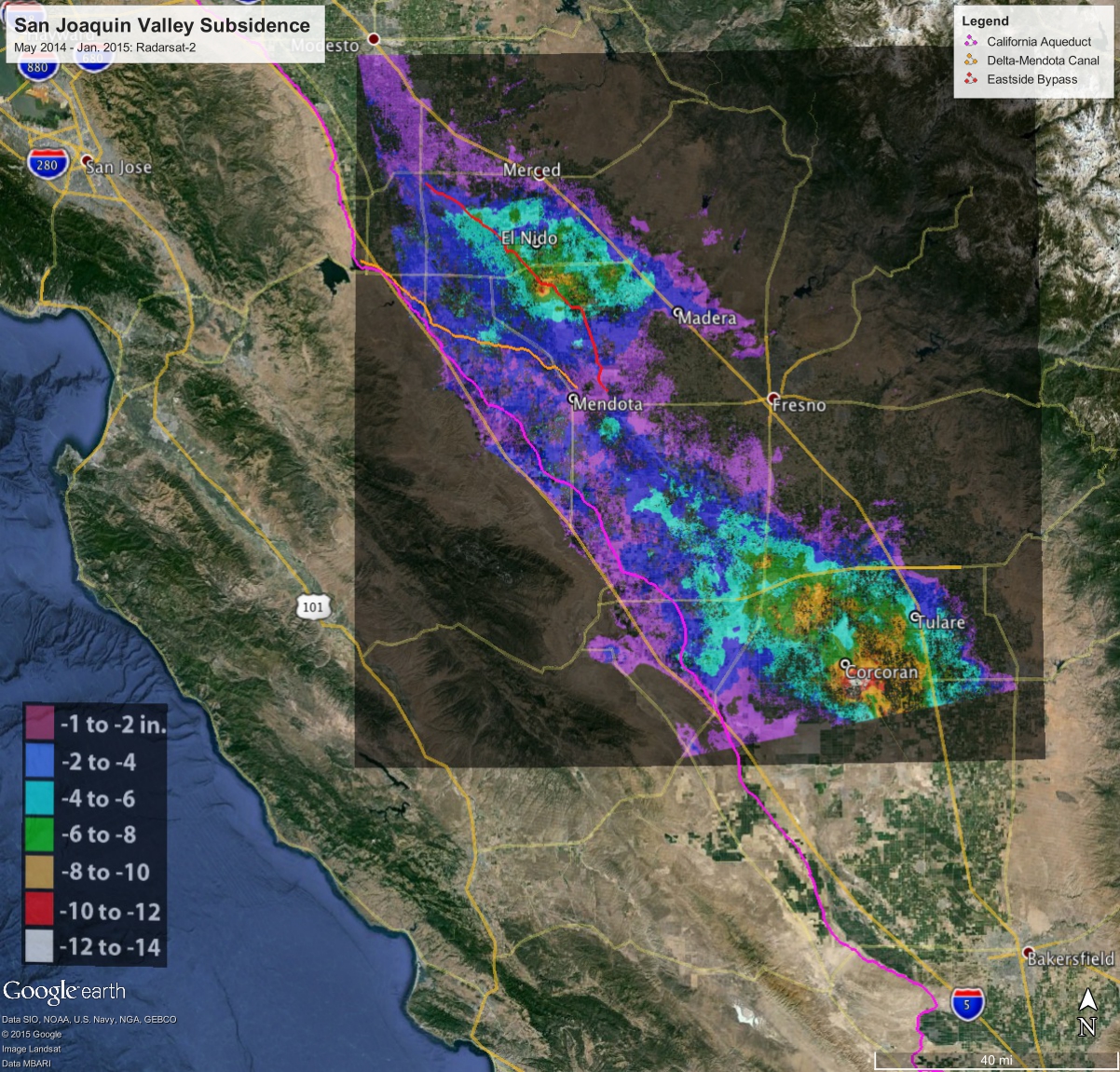 “As extensive groundwater pumping continues, the land is sinking more rapidly and this puts nearby infrastructure at greater risk of costly damage,” said Department of Water Resources Director Mark Cowin.

The sinking land occurrence, known as the subsidence, is no news to California, as it has been going on for decades due to excessively dry weather conditions. However, the new data warns the sinking is now happening much faster and this puts the surface infrastructure at a growing risk of damage.

NASA's scientists have compared satellite images of the Earth's surface over time. It has turned out that the land near Corcoran in the Tulare basin has sank 33 cm (13 inches) in only 8 months, which puts the sinking rate at a very high 4 cm (1.6 inches) per month. The area in the Sacramento Valley has been sinking faster than during previous measurements, at a rate of about 1.3 cm (0.5 inches) per month. The California Aqueduct sank up to 31.8 cm (12.5 inches) of its usual level, with 20.3 cm (8 inches) occurring during the last 4 months of 2014. 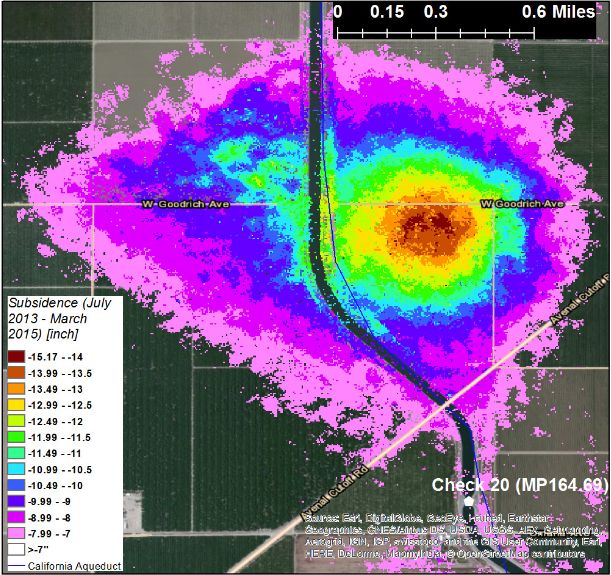 The fast subsidence rates are potentially extremely dangerous, as they might cause severe damage to the infrastructural premises, including aqueducts, bridges, roads and flood control centers. For now, the ongoing subsidence has already destroyed thousands of public and private groundwater well casings in the San Joaquin Valley, and the experts fear the subsidence at this rate could permanently reduce the underground aquifer's water storage capacity.

The Department of Water Resources is launching a new $10 million program to help counties with stressed groundwater basins to develop or strengthen local ordinances and conservation plans. NASA will continue to monitor the situation and work with the European Space Agency's recently launched Sentinel 1 mission to cover broader area, and pinpoint the most vulnerable areas.

“Groundwater acts as a savings account to provide supplies during drought, but the NASA report shows the consequences of excessive withdrawals as we head into the fifth year of historic drought. We will work together with counties, local water districts, and affected communities to identify ways to slow the rate of subsidence and protect vital infrastructure such as canals, pumping stantions, bridges, and wells.”, Director Cowin said, in response to recent findings.

Featured image: The land has sunk so much that the bridge almost touches the water at Delta-Mendota Canal. Image credit: NASA/California Department of Water Resources