A team of scientists at the Imperial College London have combined 26-year old data with supercomputer simulations and for the first time modelled Neptune's magnetic field in detail. The researchers find that the furthest planet from the Sun has a badly behaved magnetic field, but one that may help us understand the risks from ‘space weather’ around Earth.

Lars Mejnertsen, of Imperial College London, presented their findings in a presentation today (July 8) at the RAS National Astronomy Meeting at Venue Cymru, in Llandudno, Wales.

Neptune, the outermost planet of the solar system, has only been visited by one spacecraft, Voyager 2, which zoomed past in 1989 and is now on its way to interstellar space. The Voyager 2 dataset was incredibly rich, but raised more questions than answers. One of the biggest puzzles is that Neptune’s rotation axis is tilted relative to the Sun, its magnetic axis is not at all aligned with its rotation and its magnetic field environment has a lopsided shape. 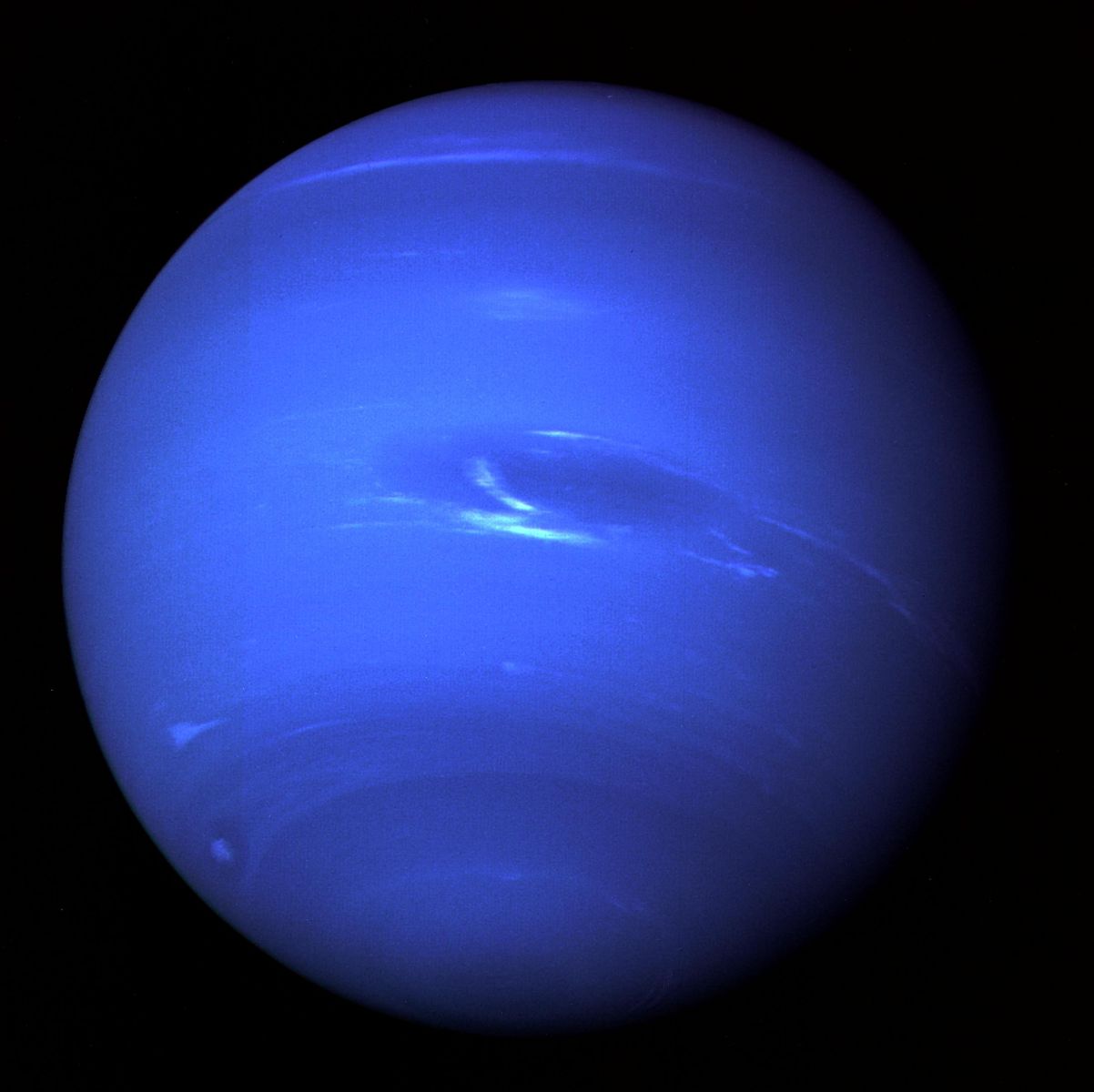 Neptune as observed by Voyager 2 during its flyby in 1989. Credit: NASA/JPL.

Team member Dr Adam Masters, a planetary scientist at Imperial, commented: “Imagine taking the Earth, tipping it over diagonally, and then moving its magnetic north pole to central Europe, and you start to get a sense of what Neptune is like. The planet’s unique magnetic field is still very poorly understood, and our new modelling represents a big leap forward.”

Although new missions to Neptune have been proposed, none are likely to arrive for many decades. So for now, the only way to better understand how the planet works is through computer simulations. In a new example of interdisciplinary research at Imperial College London, the space and atmospheric physics group and the plasma physics group have been working together to address this challenge.

Prof Jerry Chittenden of the plasma physics group worked with Dr Jonathan Eastwood, a lecturer in the space and atmospheric physics group, and PhD student Lars Mejnertsen. The scientists took simulations designed to understand plasma experiments in laboratories on Earth and applied them to space environments. Plasma, the gaseous ‘fourth state’ of matter consisting of electrically charged particles, is commonly found in space, albeit in highly rarefied amounts, and this causes planetary magnetic fields to form structures in space known as magnetospheres.

Modelling an entire planet needs a vast simulation, so the team turned to the Science and Technology Facilities Council’s DiRAC supercomputer. DiRAC’s ability to use hundreds or even thousands of processors in parallel was crucial to vastly speeding up the calculations.

The results show that Neptune’s magnetic field is constantly rotating and changing, and has revealed that the structure is quite different to the cartoons that were inferred from the original Voyager 2 measurements. Dr Masters commented: “Magnetic fields are tricky to understand, even when they are in simple systems. But Neptune is particularly badly behaved. Its odd properties challenge our basic ideas on how magnetospheres work.”

“Modelling a whole planet is no easy task. But supercomputers now make it possible and the new simulations explain a lot of what Voyager saw all those years ago. For example, we can now see how the solar wind (the stream of electrically charged particles from the Sun) enters and circulates around Neptune’s magnetic field. The combination of the dramatic planetary rotation and this circulation pattern is why Voyager 2 found a ‘lopsided’ magnetosphere.”

Understanding Neptune better will also help astronomers understand planets outside the solar system. A large number of those found to date are Neptune-sized, so studying the gas giant should give an insight into conditions on those other distant worlds.

And while Neptune is one of the most exotic planets in the solar system, this work also finds applications closer to home, for models of the magnetic field of the Earth. The Earth’s field plays a key role in controlling space weather, which can harm technology in space and on the ground. Basic research into the magnetic fields of other planets will help scientists improve our ability to forecast space weather events such as geomagnetic storms.

Featured image: Neptune as observed by Voyager 2 during its flyby in 1989. Credit: NASA/JPL.