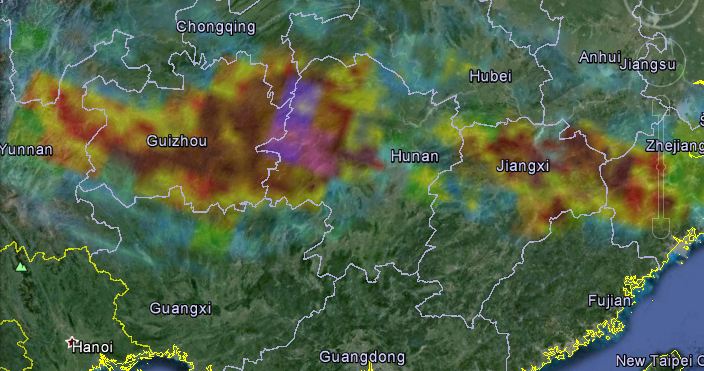 Heavy rainfall, starting June 25, 2015, has caused severe floods and landslides in several provinces across the northwest and central-east China. At least 20 people are reported dead, 17 are missing. Sichuan province is currently experiencing its worst flood since 1949 and the rain is expected to continue over the coming days. By July 1, nearly 4 million people have been affected.

Torrential rains have once again spread over China, destroying homes and crops and cutting off water supplies.

800 people have been evacuated from their homes, at least 200 homes were damaged, over 100 destroyed and more than 6 700 hectares of crops have been damaged in the Henan province.

In the province of Shaanxi, 451 000 people are affected by the severe flooding; 10 400 houses have been damaged and 34 000 people have been evacuated.

The authorities report the flood in the Sichuan province to be the worst since 1949.

China's National Meteorological Center has issued a warning on Wednesday, June 29 for strong rainfall to continue over the coming two days:

"In the following two days, Jiangsu, Anhui and Sichuan Basin will get severe precipitation. Today, extreme downpours will hit northern Sichuan Basin, northern Anhui and northern Jiangsu. Eastern Qinghai, northeastern Liaoning and southeastern Jilin will see heavy rain or rainstorms". It seems, however that torrential rains will continue over the next 24 hours, as the National Meteorological Center issued another blue warning on July 1, 2015: "From July 1 to 2, there will be heavy rain or rainstorm in Zhejiang, northern Jiangxi, central-southwestern Hunan and southeastern Guizhou. Extreme downpours will hit western Zhejiang. Severe convective weather such as thunderstorm, gale and others will affect these areas".

By June 29, the direct economic losses caused by severe flooding across the China provinces were estimated to be around 135 million Yuan (21.7 million USD).