The 2015 northern hemisphere noctilucent clouds season started on May 19, 2015 when NASA's AIM spacecraft spotted a patch of electric blue clouds over the Artactic Circle.

Since then, noctilucent clouds (NLCs) have been moving south and, on June 8 – 9, they reached the lower 48 US states, SpaceWeather reports.

"I caught sight of them around 3:45 a.m. local time," reports Dustin Guy, who send them this picture from Seattle, Washington: 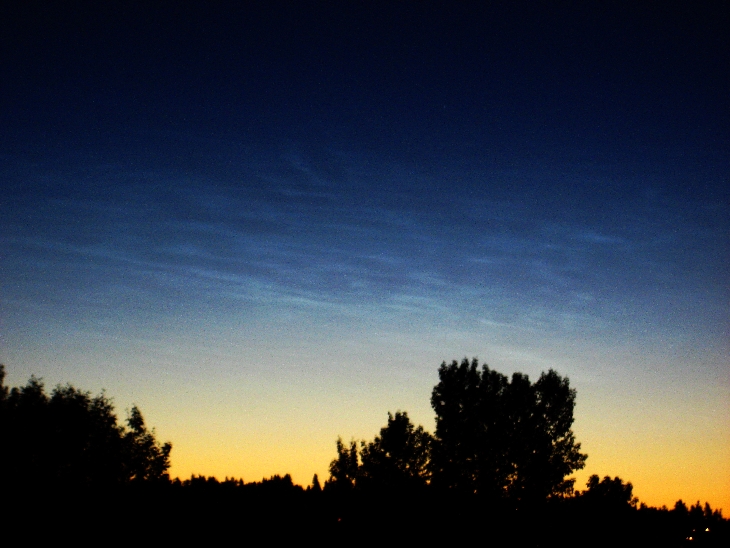 Polar mesospheric clouds  – also known as noctilucent or “night shining” clouds – form between 76 to 85 kilometers (47 to 53 miles) above the Earth’s surface, near the boundary of the mesosphere and thermosphere, a region known as the mesopause.

At these altitudes, water vapor can freeze into clouds of ice crystals. When the Sun is below the horizon and the ground is in darkness, these high clouds may still be illuminated, lending them their ethereal, “night shining” qualities.

Noctilucent clouds first appeared in the 19th century, SpaceWeather writes. "At the time, they were a polar phenomenon usually restricted to regions around the Arctic and Antarctic Circles. In recent years, NLCs have intensified and spread with sightings as far south as Utah and Colorado, US. This could be a sign of increasing greenhouse gases in Earth's atmosphere.

At the moment, NLCs over the USA are little more than wan ripples. As summer unfolds, however, they could turn into something truly bright and eye-catching." 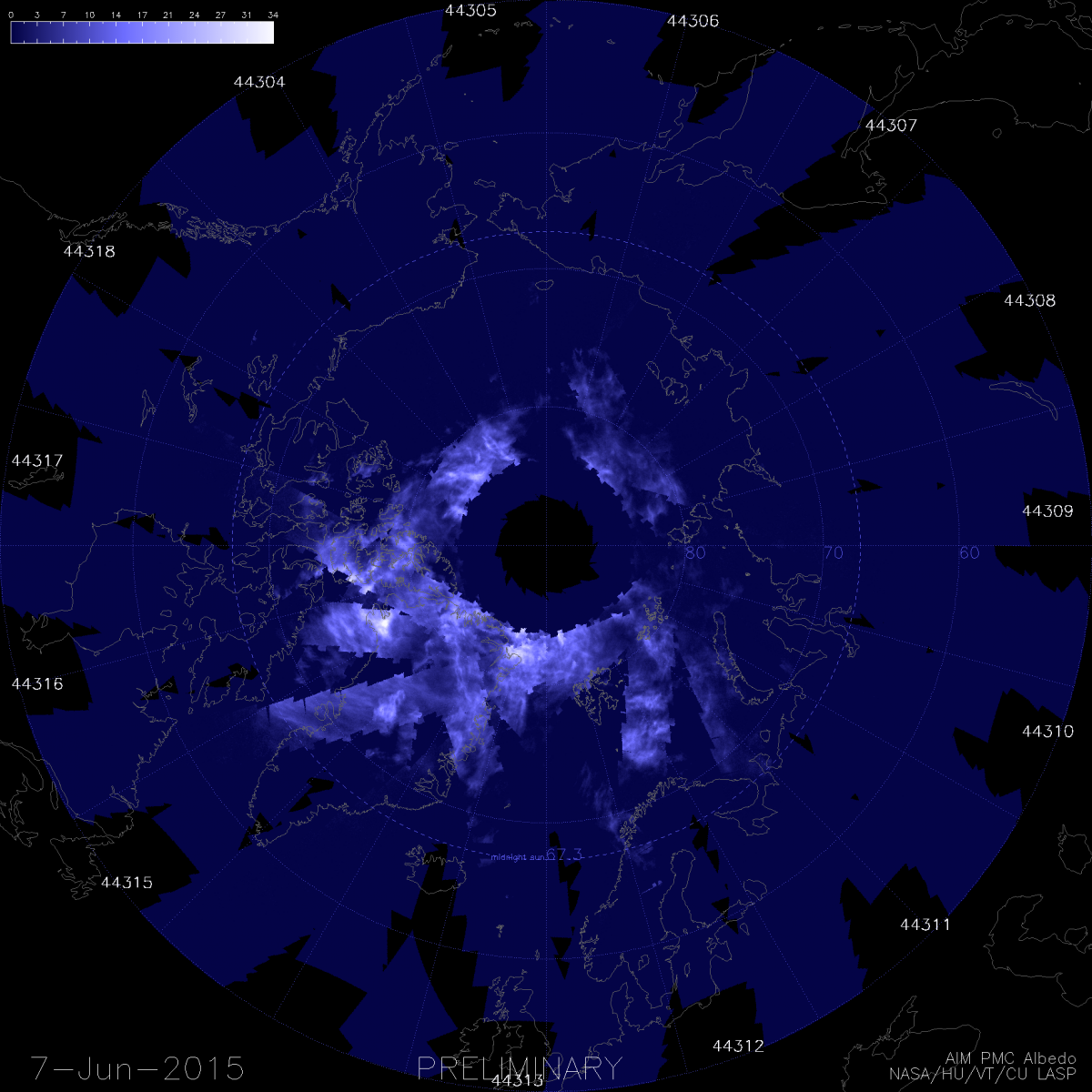 The southern hemisphere noctilucent clouds season came to an end in February/March, but when researches looked back over the entire season they found something unexpected.

"This past season was not like the others," notes Cora Randall, a member of the AIM science team and the chair of the Department of Atmospheric and Oceanic Sciences at the University of Colorado.

"The clouds were much more variable, and there was an enormous decrease in cloud frequency 15 to 25 days after the summer solstice. That's when the clouds are usually most abundant."

In an 8-year plot of the Antarctic noctilucent cloud frequencies, the 2014/15 season was clearly different from the rest.

These data come from the AIM spacecraft, which was launched in 2007 to monitor NLCs from Earth orbit. The curves show the abundance ("frequency") of the clouds vs. time for 120 days around every southern summer solstice for the past 8 years.

Previous research shows that NLCs are a sensitive indicator of long-range teleconnections in Earth's atmosphere, which link weather and climate across hemispheres. The strange behavior of noctilucent clouds in 2014/15 could be a sign of previously unknown linkages.

"Preliminary indications are that it is indeed due to inter-hemispheric teleconnections," says Randall.