Following mild Strombolian activity that started early on May  12, 2015, the activity diminished on the afternoon of the 13th and then became again more vigorous in the evening of the same day, Boris Behncke writes.

This phase is seen on the video below, recorded by Behncke from near the village of Fiumefreddo on Etna's lower northeast flank.

Ash emissions from a vent at the summit of the New Southeast Crater are accompanied by lava emission and minor explosions from a short fissure at the northeast base of its cone.

INGV reported weak Strombolian activity inside Etna’s New Southeast Crater (NSEC) during May 11 – 12, mainly from a depression on the E part of the crater and sometimes from a second vent in the middle of the crater.

This activity was preceded by a sudden increase in tremor amplitude and intense degassing during May 2 -3. Visible activity did not accompany the episode at the time.

After a few days tremor returned to normal levels only to increase again on May 12: 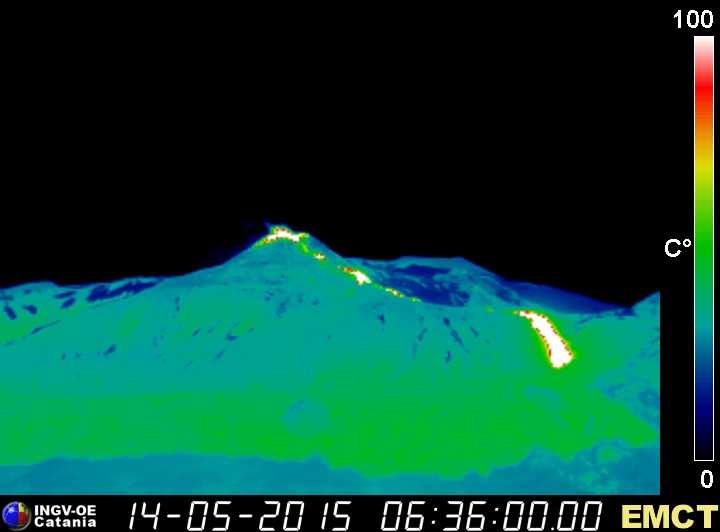