Severe Tropical Storm "Chedza" made landfall north of Morondava, Madagascar between 15:00 and 16:00 UTC on January 16, 2015 bringing heavy thunderstorm rains across much of the country.

Just a few hours before landfall, Chedza had a maximum average 10-minute wind speed of 101 km/h (63.2 mph) and was still intensifying. Its central pressure was 975 hPa. 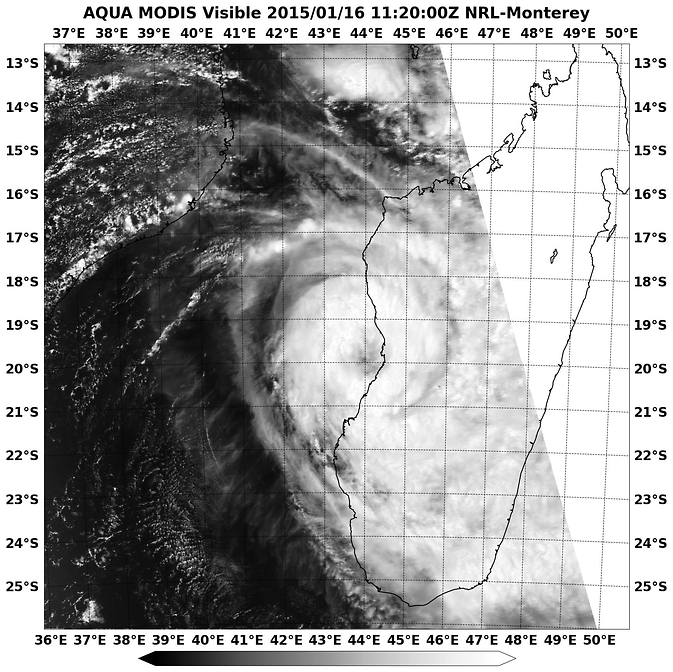 According to preliminary information, heavy rains and floods that followed killed 13 people, affected 51 341 and displaced 9 412.

Capital Antananarivo was also impacted by the associated heavy rains, where 23 655 people are affected and 6 683 displaced, UN's Office for the Coordination of Humanitarian Affairs said today. 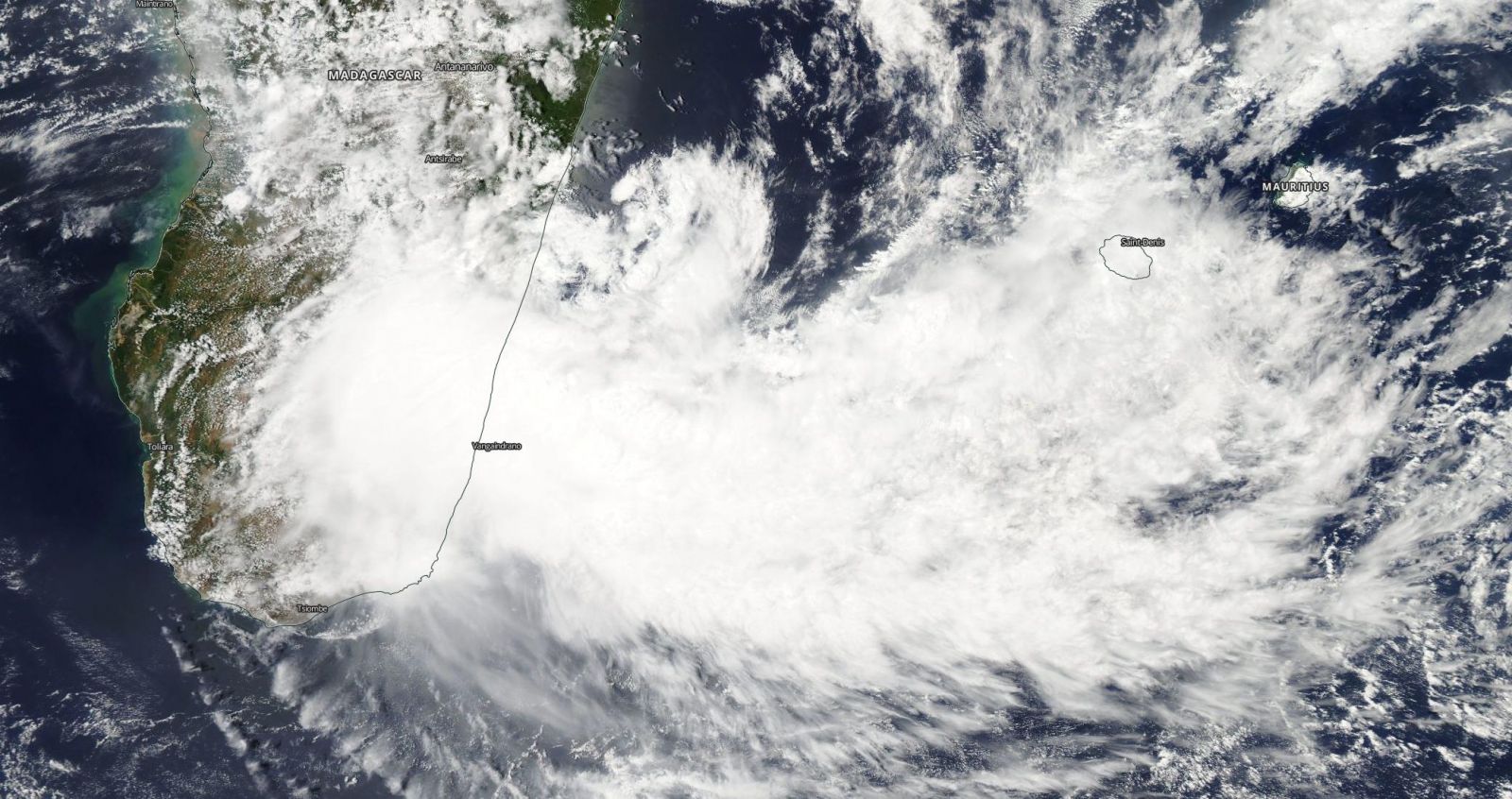 Chedza started intensifying after it crossed Madagascar on January 17 and was heading ESE at 18 km/h (11 mph).

At 00:00 UTC today (January 19) Chedza had a Severe Tropical Storm status again and by 12:00 it began its extra-tropical transition in the vicinity of subtropical jet stream.

According to RSMC La Reunion forecast warning issued 18:00 UTC today, the system is expected to track SSE then SE towards a transient poleward mid-level trough. On this path, vertical wind-shear is forecast to increase and should become strong tomorrow ahead the westerly subtropical jet as the oceanic heat contents should become unfavorable.

Extra-tropical transition is not expected to be complete before 00:00 UTC on January 23, the agency said. 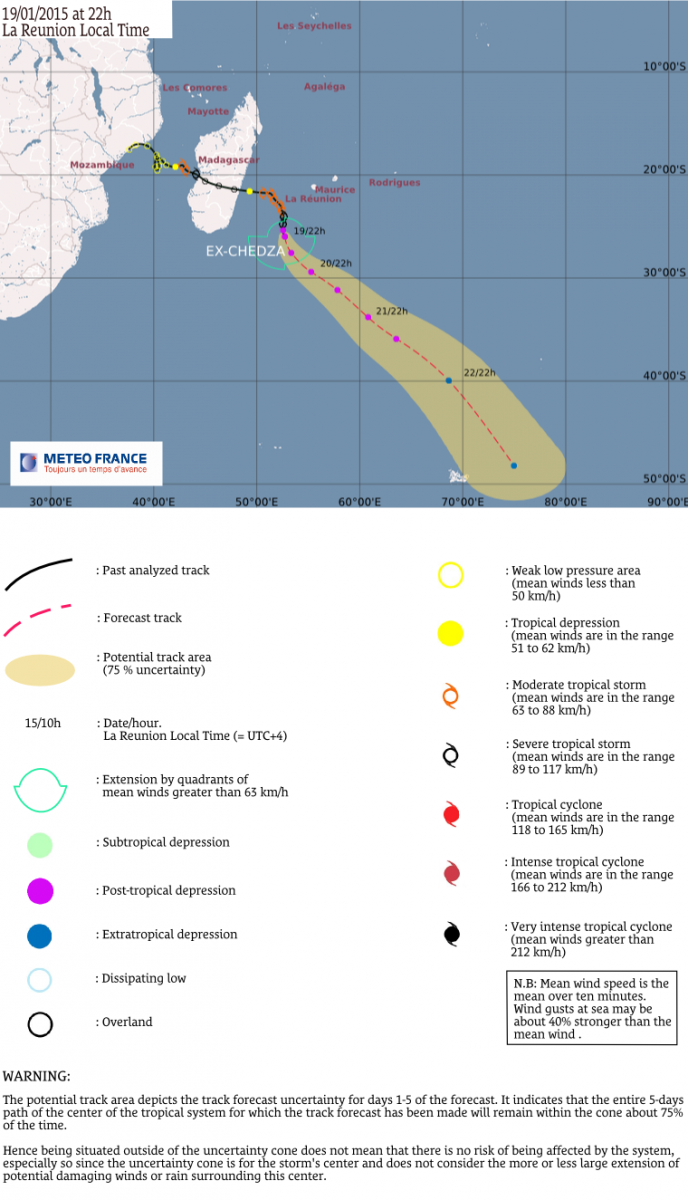 Heavy rains are set to continue across most of Madagascar in the coming days, including Antananarivo.