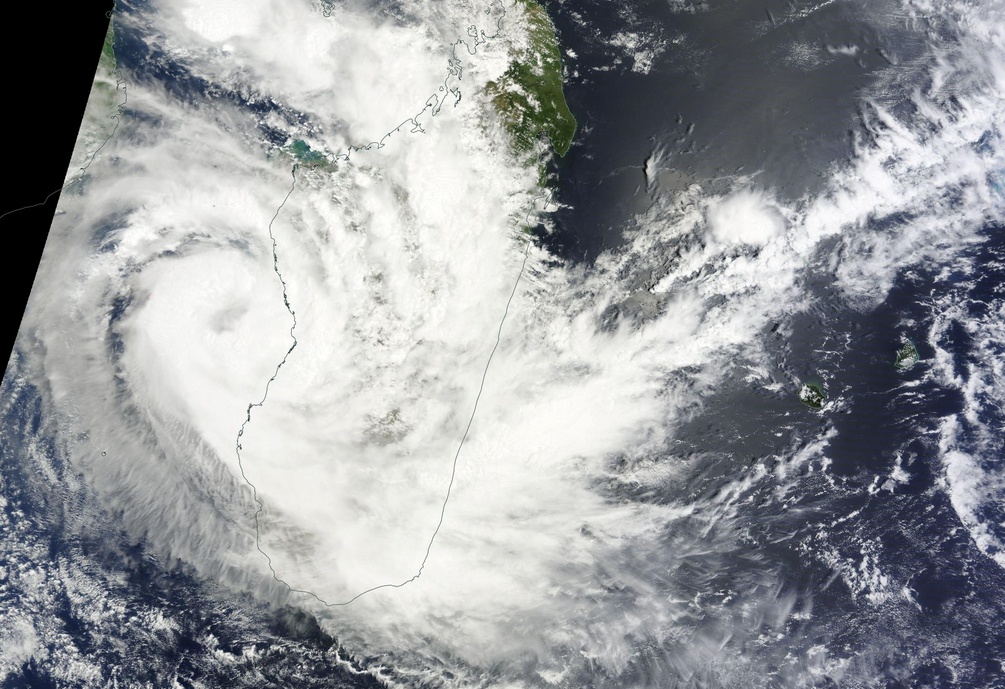 Latest forecast warning, issued by RSMC La Reunion at 06:00 UTC today (January 16), said the first visible and microwave imageries of this morning indicate that the low center is located more to the west that previously estimated at 00:00 UTC today. Recent improvement of the cloud pattern suggest that the wind structure is evolving towards a more typical tropical cyclone pattern.

Under the steering influence of the mid-levels near-equatorial ridge in its north, system is globally tracking southeastwards.

Chedza is located in a low sheared area and a good upper-level outflow (especially polerward) with a high oceanic heat contents. 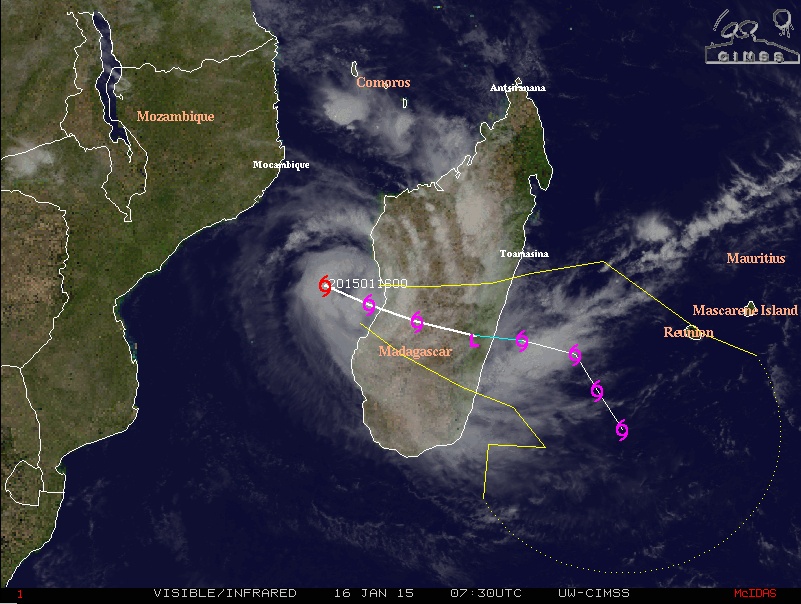 A climatology rhythm intensification is expected until landfall that should occur later today (Friday, January 16) or tonight over the western Madagascar coastline in the area near Morondava, the agency said.

ECMWF and GFS NWP models suggest a gradual further intensification on a east-south-eastwards track at first. On and after Monday (January 19), a mid-level trough arrives in the south and Chedza in then expected to recurve south-south-eastwards. 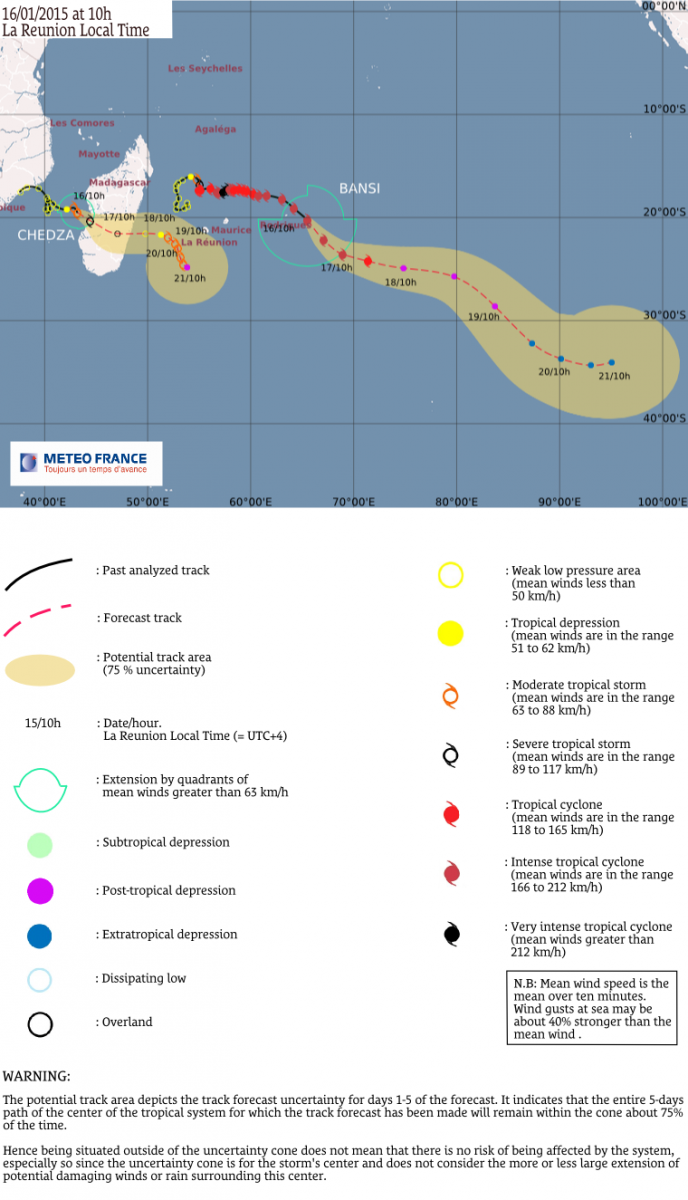 METEOSAT-7 infrared image below shows both Chedza (left) and Bansi (right), which was affecting Rodrigues island (population 42 000) in last couple of days.

At 00:00 UTC today, RSMC La Reunion said Bansi kept on intensifying within the last 6 hours and was accelerating south-eastwards. Bansi was at its closest point approach from the Rodrigues shoreline at 03:00 UTC on January 15 and is now rolling away.

At this distance, in the south-western semi-circle (the less dangerous) and despite the aforementioned intensification and very degraded weather conditions, Rodrigues island escaped to the worst. Bad conditions should however persist within the next 12 hours and start to slowly improve next night.

Bansi is expected to keep on tracking south-eastwards until Saturday, then eastwards on Sunday and to evacuate south-south-eastwards on and after Monday. This system is likely to become a post-tropical hybrid system from Sunday.