This region was responsible for two M-class solar flares yesterday (M5.6 and M4.9) and 8 C-class events today, though there were no Coronal Mass Ejection (CME) signatures associated with any of them. It is now located just beyond the west limb, and starting its farside transition.

Solar activity is expected to remain low with a chance for M-class flares (R1-R2, Minor-Moderate) and a slight chance for an isolated X-class (R3-Strong) event today. Chances for M-class activity will begin to recede on January 15 and 16 as Regions 2255 (S16W80, Dao/beta-gamma) and 2257 rotate around the west limb. 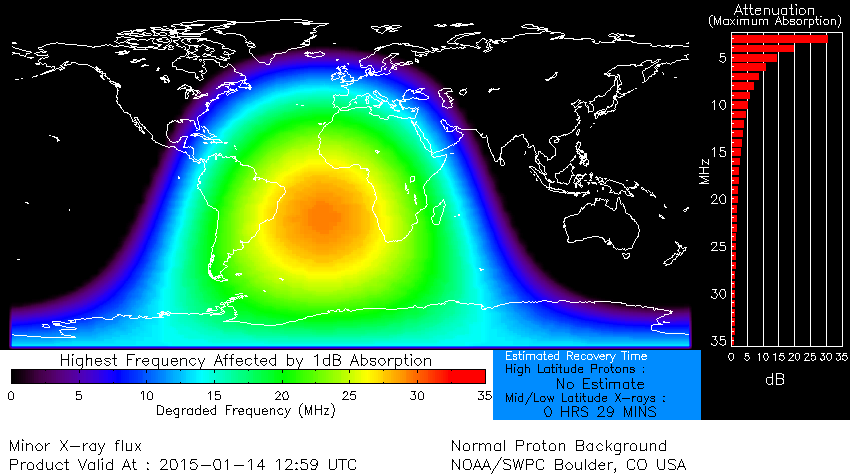 There are currently 6 numbered sunspot regions on the Earth side of the Sun. The most active region in last couple of days, Region 2257 is about to start its farside rotation, as well as Region 2255.

The rest of the regions are either stable or in a state of decay.

Old Region 2246 will rotate into view during the next two days. 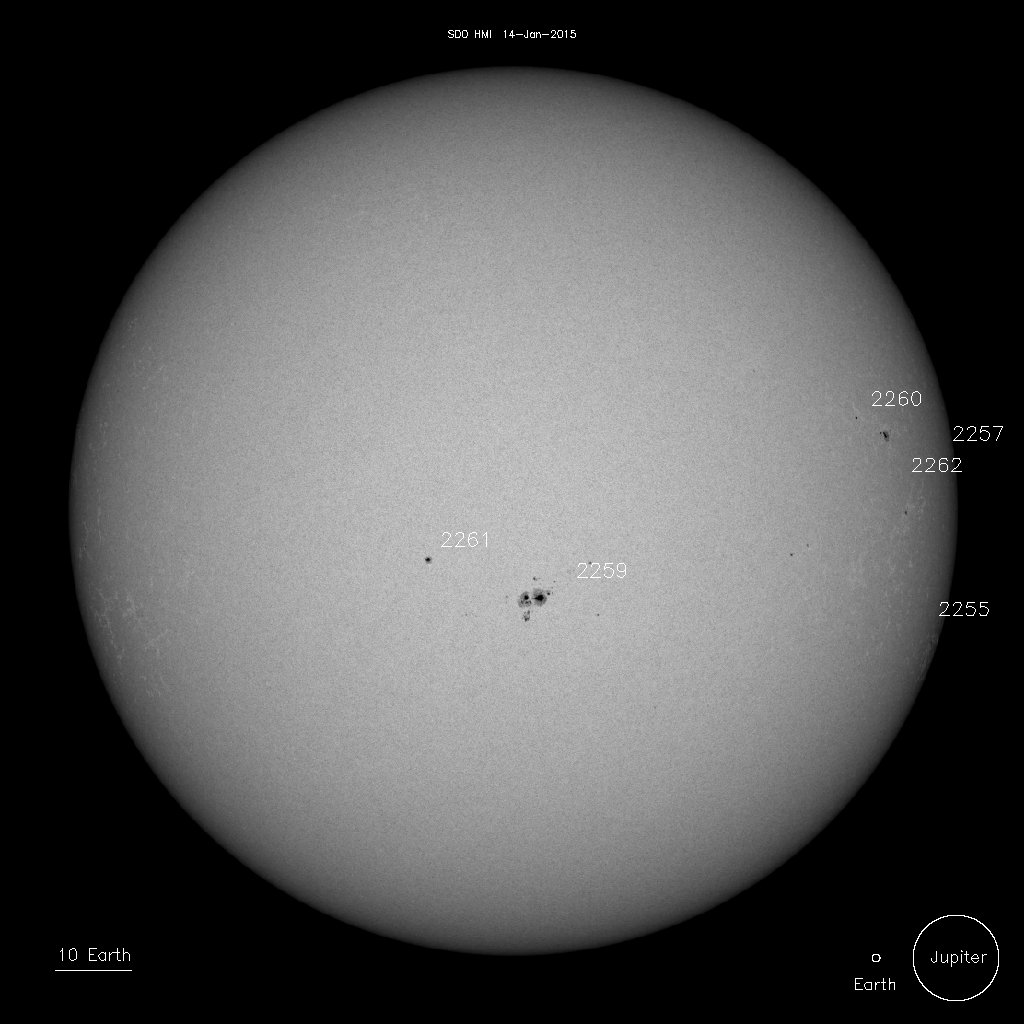 The solar wind environment at the ACE spacecraft reflected ambient background conditions during last 24 hours (by 12:30 UTC today), SWPC said. Solar wind speed began the period near 470 km/s before beginning a gradual decrease to end of period values near 380 km/s.

Phi was predominately in a positive (away) sector, Bt remained steady near 7 nT, and the Bz component of the IMF was variable between +/-5 nT through the period.

Late on January 15, the solar wind environment is expected to become slightly disturbed with the expected arrival of the glancing blow from the January 12th CME.

A gradual return to ambient conditions is expected on January 16 as CME effects begin to subside.

The geomagnetic field was at quiet to unsettled levels during last 24 hours.

Mostly quiet conditions are expected for the rest of the UTC day. Quiet to active levels are expected on January 15 with a chance for an isolated minor storm period due to the anticipated glancing blow from the January 12th CME.

Quiet to unsettled conditions are expected to return by January 16 as effects from the CME moderate.