A possible outbreak of polar stratospheric clouds (PSCs) is underway around the Arctic Circle, SpaceWeather.com reports.

Ivar Marthinusen sends this picture of the phenomenon taken on December 22, 2014 from Skedsmokorset, Norway: 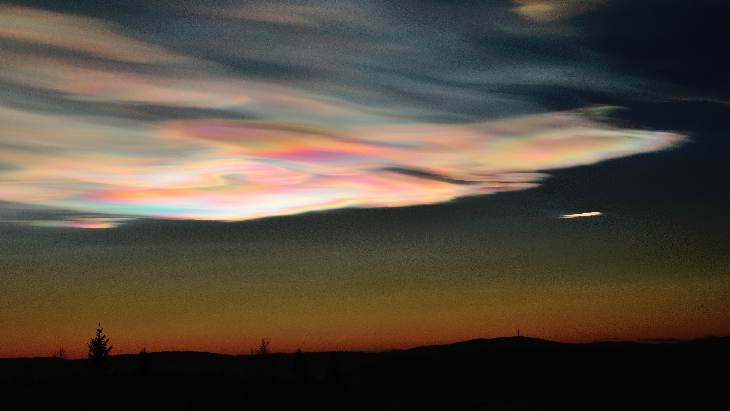 "Right after sunset, these clouds were so bright they were uncomfortable to look at directly."

PSCs, also known as nacreous clouds from nacre, or mother of pearl, due to its iridescence, are clouds in the winter polar stratosphere associated with the formation of ozone holes. They float much higher than ordinary clouds, from 15 – 25 km as opposed to 5 – 10 km, and produce unforgettable colors during the hours around sunset.

Although their precise chemistry and details are not fully understood they are the medium on which reservoir chlorine compounds are converted into ozone-destroying chlorine radicals.

PSCs form at temperatures of around minus 85ºC, colder than average lower stratosphere temperatures, and are comprised of ice particles ~10µm across. The clouds must be composed of similar sized crystals to produce the characteristic bright iridescent colors by diffraction and interference.

Here's another picture of the same phenomenon. The PSCs are flying high above the darker cirrus clouds at the bottom of the picture. 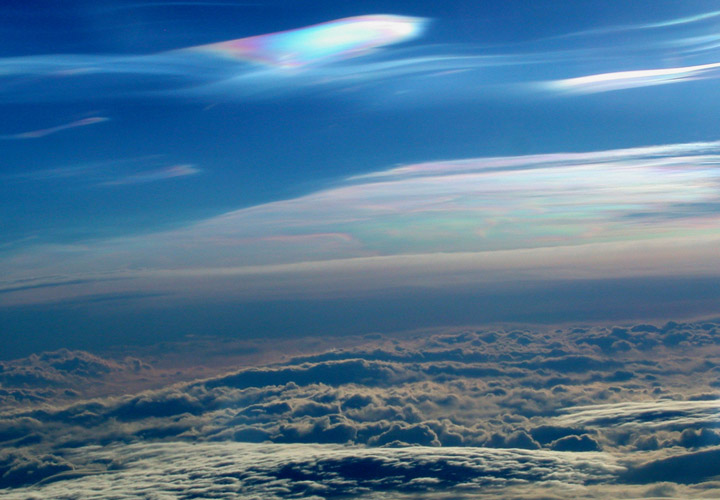