Former Super Typhoon – now a Tropical Storm "Hagupit", also known as “Ruby” in the Philippines, continues to weaken as it makes its way out from the Philippines, into the open waters of the South China Sea.

Hagupit lashed the Philippines leaving at least 27 deaths, according to the Philippine Red Cross. Most of fatalities are reported in Borongan, Samar. Thousands of homes have also been severely damaged, with Visayas among hardest hit. According to the National Disaster Risk Reduction and Management Council (NDRRMC), more than 1.6 million people have been evacuated to the safer grounds. 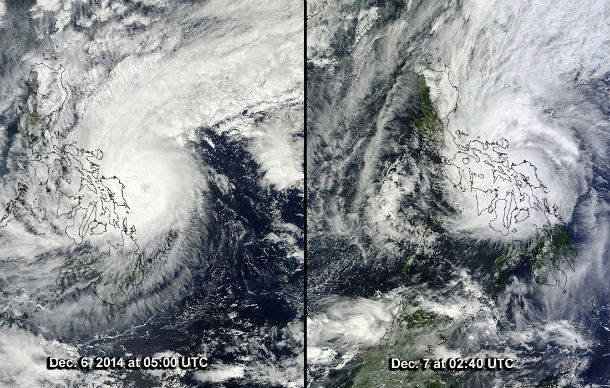 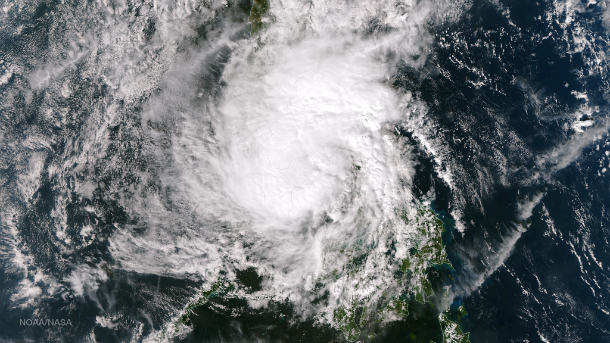 The NDRRMC reported that Hagupit affected over 450,000 families or more than two million people, majority of whom were evacuated from their homes.

Twenty provinces in six regions experienced power outages while 16 areas in Quezon province, Laguna and Marinduque have been flooded. Albay, Camarines Sur, Catanduanes and San Pablo City in Laguna had been declared under a state of calamity.

Hagupit brought heavy rainfall, with more than 400 mm (16 inches) in Borongan and 350 mm (14 inches) in Catbalogan, both in Samar region where Hagupit made landfall. Areas along the direct path of Hagupit experienced widespread flooding and mudslides.

After hitting Samar in the eastern Philippines, the slow moving typhoon had weakened to a tropical storm, crossing northern Sibuyan Sea, between the islands of the central and northern Philippines. 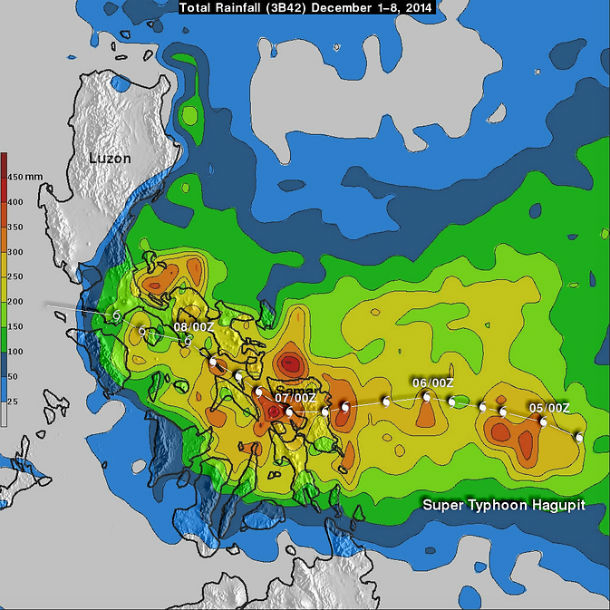 The system is currently moving westward and is expected to continue to slowly weaken as it crosses the South China Sea through the next few days. 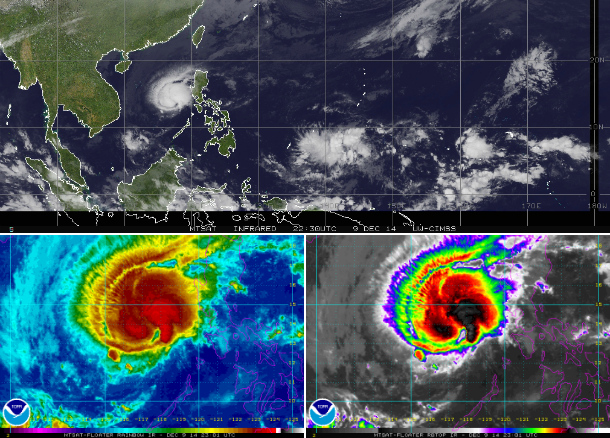 Cold front from northeast continues to affect the system and it is expected to make landfall as a very weak system around the southern coast Vietnam on December 12, 2014. Some of these same areas already experienced torrential rainfall a week ago from Tropical Cyclone "Sinlaku" which will raise the risk of flooding and mudslides. 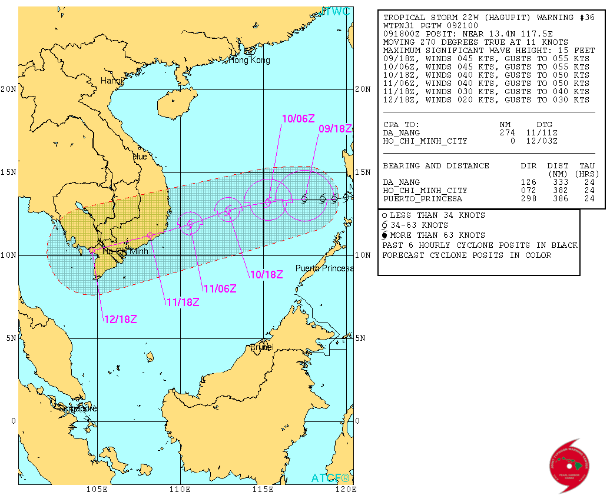 Meanwhile, a new low pressure area (Invest 96W) is forming south of Guam. For now, it looks like no significant threat.