A Type II (664 km/s) and IV radio emission were associated with the event. Type IV emissions occur in association with major eruptions on the Sun and are typically associated with strong Coronal Mass Ejections and solar radiation storms.

The source of today's M4.0 flare Region 2192 located almost at the center of the disk. This region has 'beta-gamma-delta' magnetic configuration and is capable of producing more strong to major eruptions on the Sun. Earth directed CMEs from this region are now highly likely.

Region 2192 is the largest sunspot of this cycle and this is how the it looked like on October 23 during partial solar eclipse: 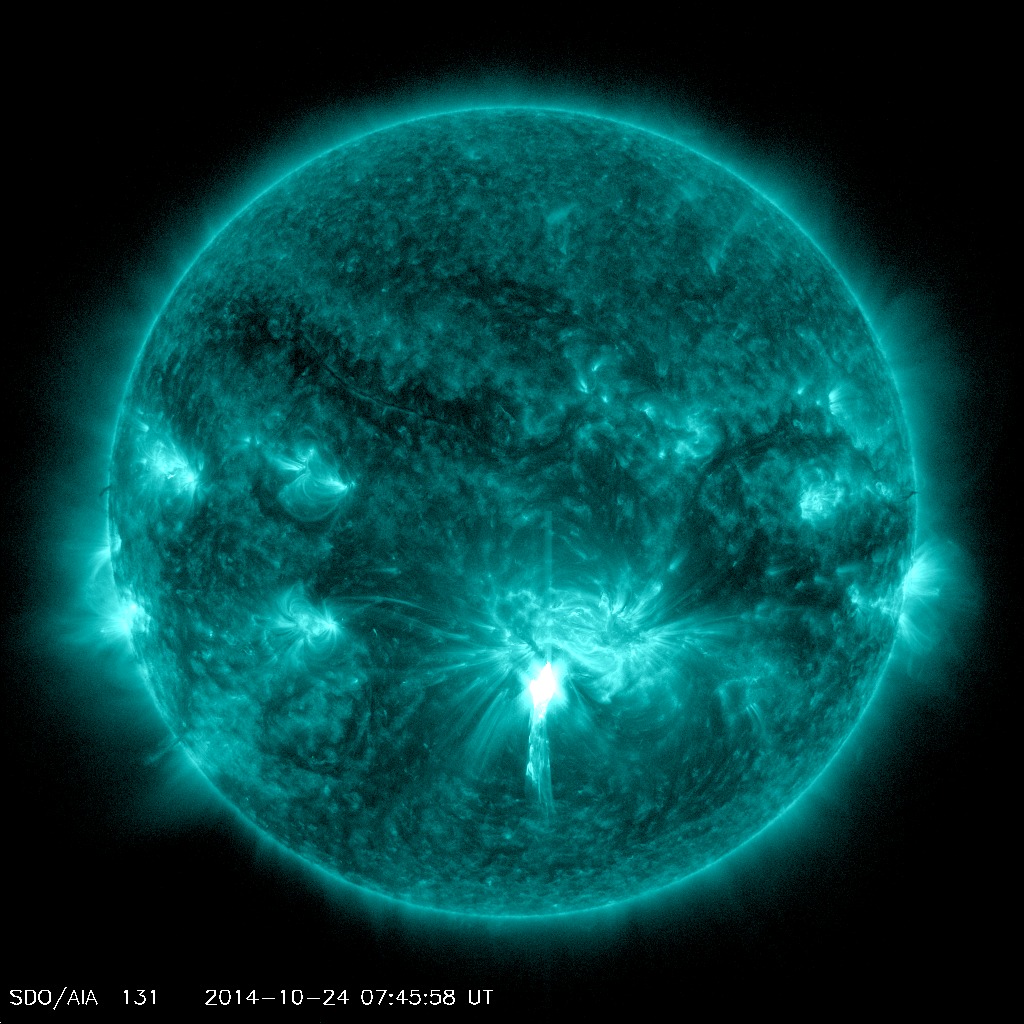 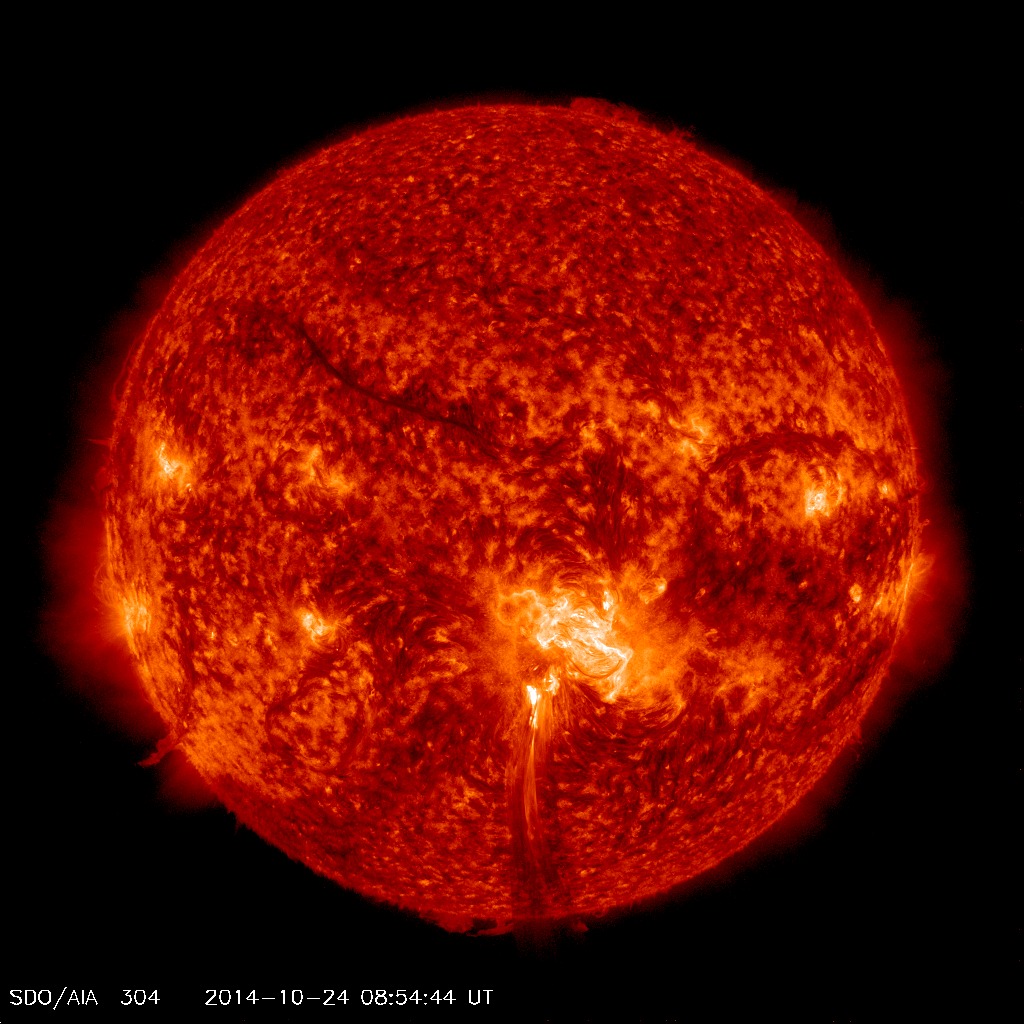 There are currently 5 numbered sunspot regions on the Earth side of the Sun. Region 2192 showed signs of separation between its leader and trailer spots yesterday although it continued to grow and remained magnetically complex. For several days in a row it is the sole source of flaring on the Earth side. All other regions on the disk are relatively stable. 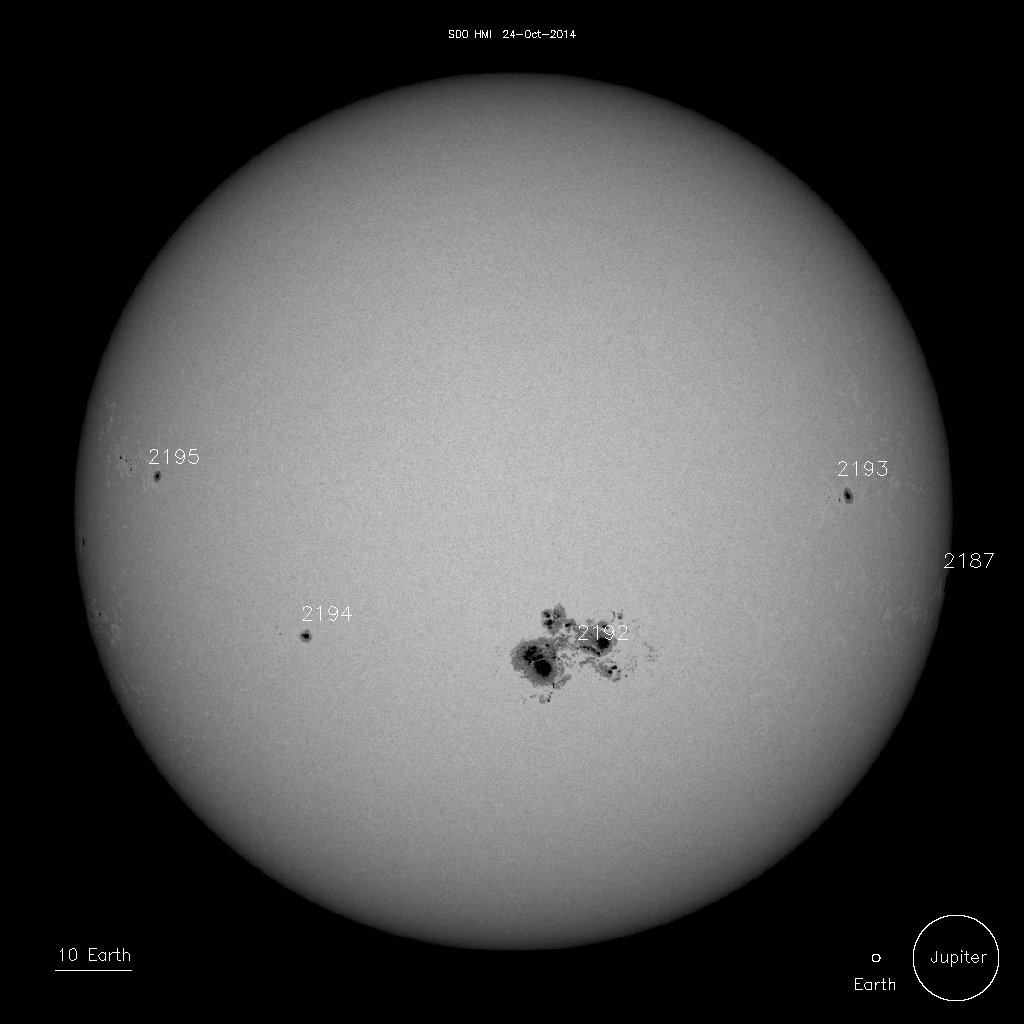 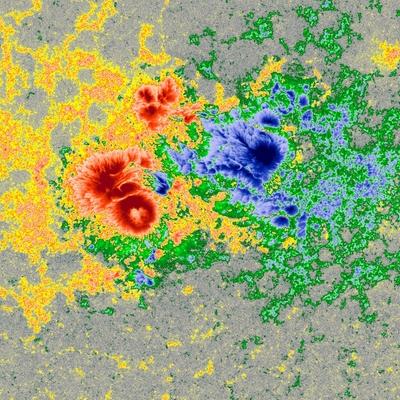 Observations from the ACE spacecraft reflected relatively nominal conditions over the past 24 hours. Wind speed remained mostly in the 400-460 km/s range. Phi remained positive, while Bt remained at or below 6 nT.  The Bz component was variable between +/-5 nT.

An equatorial positive polarity coronal hole high speed stream (CH HSS) is expected to be reflected at ACE over the next three days if it is well connected.