Several fragments of Chelyabinsk meteorite found in Russia last year show a clear evidence for an intense impact event to its parent body. This impact might have separated Chelyabinsk asteroid and point it in our direction.

On February 15, 2013, a 17 – 20 meters wide asteroid entered the Earth's atmosphere and exploded about 30 km above the Chelyabinsk city, Russia. The blast caused significant damage in the city, breaking thousands of windows and injuring more than 1 000 people. It is the second largest asteroid airburst in our recorded history. The first one is Tunguska event of 1908.

According to a new analysis of Chelyabinsk meteorite fragments, published in Nature on May 22, 2014, an impactor larger than 0.15 – 0.19 km in diameter collided with the Chelyabinsk parent body at a speed of at least 0.4 – 1.5 km/s.

"In orbital evolution of an asteroid, collision with other asteroids is a key process. Here, we show the existence of a high-pressure mineral jadeite in shock-melt veins of Chelyabinsk meteorite. Based on the mineral assemblage and calculated solidification time of the shock-melt veins, the equilibrium shock pressure and its duration were estimated to be at least 3–12 GPa and longer than 70 ms, respectively…

Shock-melt veins are formed by localized melting of materials during an impact due to concentration of stress, compaction of pores, or frictional heating. In shock-melt veins, both high-pressure and high-temperature conditions can be achieved simultaneously under shock, where constituent minerals can transform to their high-pressure polymorphs." 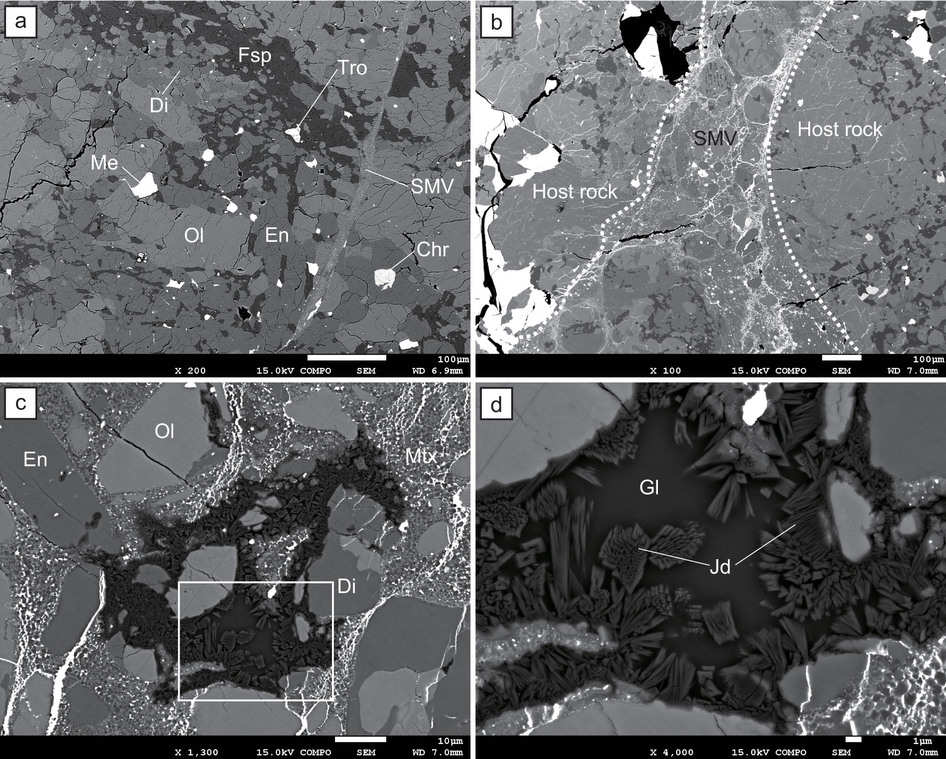 The Russian meteor's infrasound signal was was the strongest ever detected by the CTBTO network whose purpose is to monitor nuclear explosions. The furthest station to record the sub-audible sound was 15 000 km away in Antarctica.