GDACS estimated there are about 311 people living within 100 km radius. 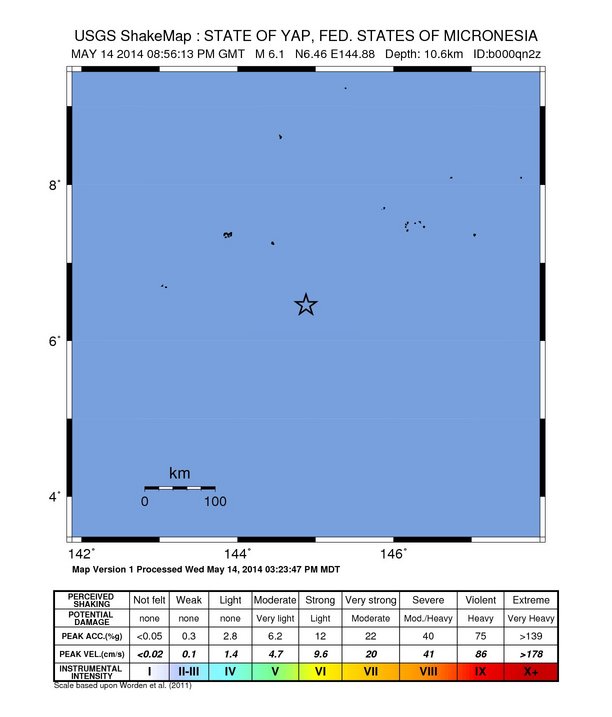