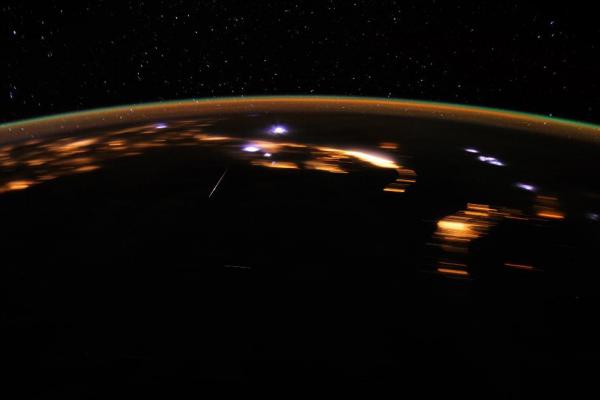 Lyrid meteor shower, considered to be the oldest of meteor showers, is an average shower usually producing about 20 meteors per hour at its peak. This shower runs annually from April 16 – 25 and its peak this year is predicted to occur near 18:00 UTC on April 22.

These meteors can sometimes produce bright dust trails lasting several seconds but the second quarter moon (42% of full) will present a slight problem this year. This year's Lyrids will certainly not be a strong display but as Robert Lunsford wrote for the AMS "… it may be used as a warm-up for the stronger Eta Aquariids, which peak in early May under better conditions." 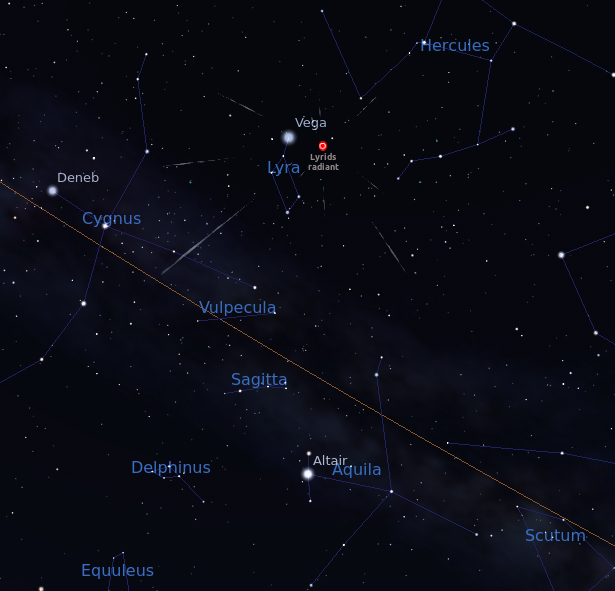 Lyrids are best seen from the northern hemisphere where the radiant is high in the sky at dawn.

The source of Lyrid meteor shower is the long-period Comet C/1861 G1 Thatcher. The April Lyrids are the strongest annual shower of meteors from the debris of a long-period comet, mainly because as far as other intermediate long-period comets go (200 – 10,000 years), this one has a relatively short orbital period of about 415 years. 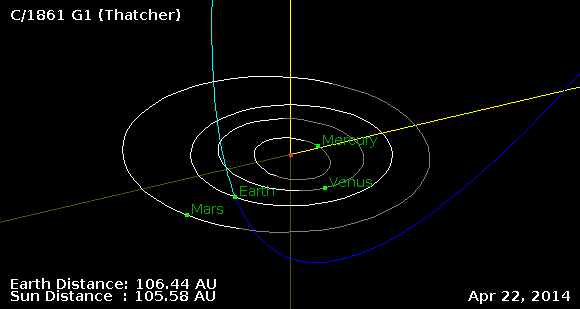 The Lyrids have been observed for the past 2600 years.

Featured image: Picture of the Earth and a Lyrid meteor taken by astronaut Don Pettit. (ISS)