Geomagnetic storm sparked by a combination of CMEs from last couple of days is now subsiding. We might still see uptick today but it will most likely remain below G1 levels.

According to SWPC, minor (G1) storm conditions may persist into the first synoptic period of April 21 with an overnight sub-storm before diminishing to unsettled to active levels on April 22. A return to quiet to unsettled levels are expected on April 22 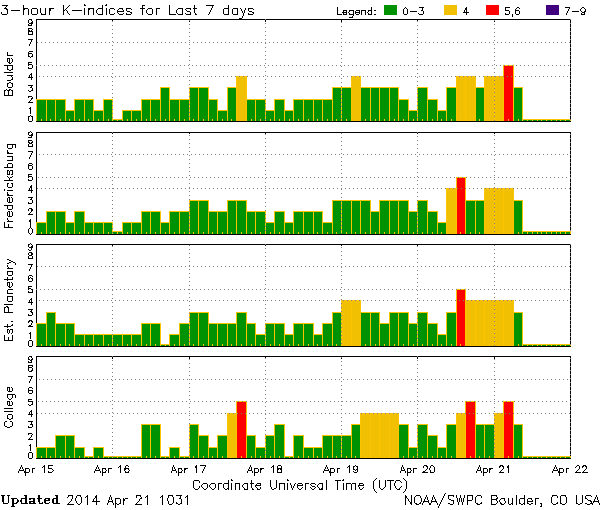 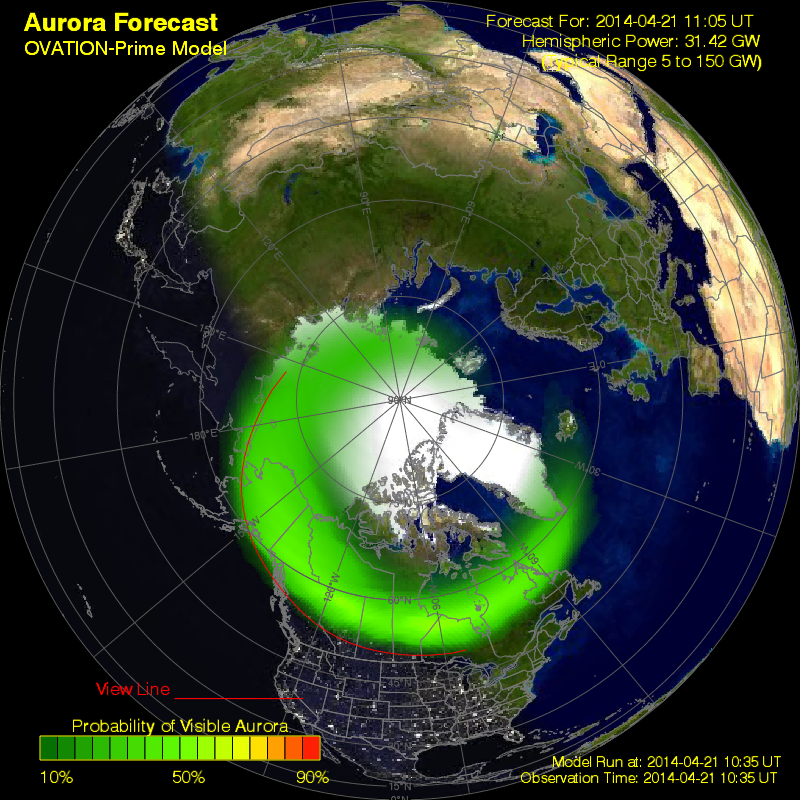 Solar activity has been at low levels during past 24 hours. Only three low level C-class solar flares have been observed by 11:00 UTC on April 21.

There are currently 9 numbered sunspot regions on the Earth side of the Sun. Most regions were stable or decaying during last 34 hours.  The three largest regions, 2034 (N04W66, Eko/beta-gamma), 2035 (S16W43, Eai/beta-gamma), and 2036 (S17E68, Dac/beta-gamma) decreased in areal extent from yesterday but retained their beta-gamma magnetic complexity. This large complex regions will exit around the west limb and start their farside rotation over the next couple of days. 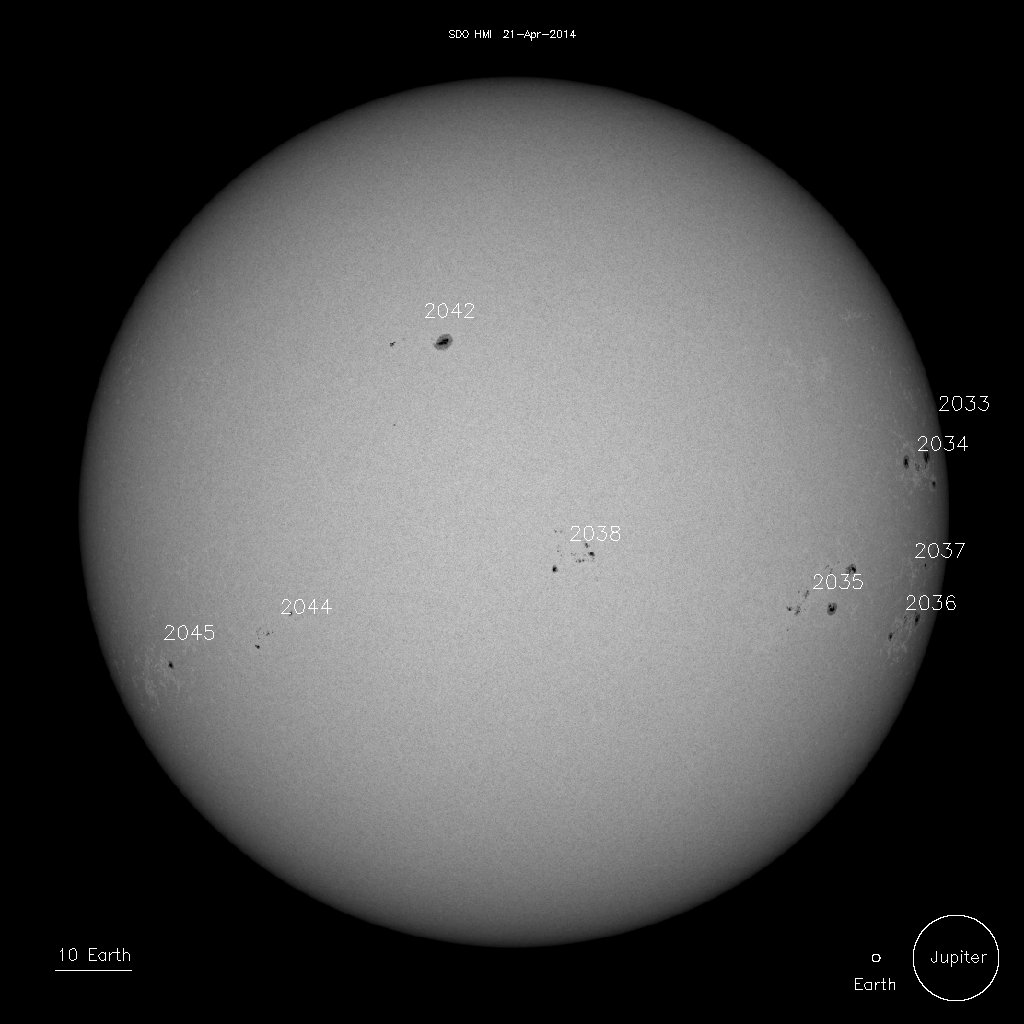 SWPC forecasters estimate 55% chance of M-class, and 10% chance of X-class solar flares in next three days.