Tropical Cyclone Hellen (Southwest Indian Ocean) radically intensified over the weekend and reached wind speeds of up to 232 km/h (144 mph) and wind gusts up to 278 km/h (172 mph). GDACS is calling red alert for Madagascar – this tropical cyclone is expected to have a high humanitarian impact based on the storm strength and the affected population in the past and forecasted path.

According to a bulletin issued by the Regional Specialized Meteorological Centre (RSMC) at La Reunion at 01:08 UTC today: "…storm surge could reach between 2 and 4 meters in the estuaries of the Mahavay and Betsiboka (Mahajonga) rivers. If the landfall occurs more western, The Bay of Baly (Soalala) remains very exposed and storm surge should reach 5 to 7 meters. All preparation for a "worst case" scenario should be underway."

But, over the next 6 hours Hellen has rapidly weakened. RSMC bulletin issued at 07:39 UTC said there are not clear explanations for this weakening except the strengthening of a north-easterly to northerly constraint within the upper level layers.

"For the next 24 hours, there are many uncertainties for the moving of the system, but in regard of the weakening, a slow drift toward the west-south-west is likely within a east-northeasterly low level flow. The system should continue to weaken with the proximity of the land or overland.

Between Tuesday morning and Friday, the system is expected to move regularly west-southwestward over the Mozambique Channel, steered by the easterly low-mid level flow. The current forecast scenario speaks up for a moderate re-intensification now before a new landfall on Friday on the Mozambican coastlines in the area of Queimane.

Thanks to the very rapid weakening of Hellen, the north-western coast of Madagascar has avoided the worst, but heavy rains and very strong winds should persist until Tuesday evening between Mahajanga and cape Saint-Andre. 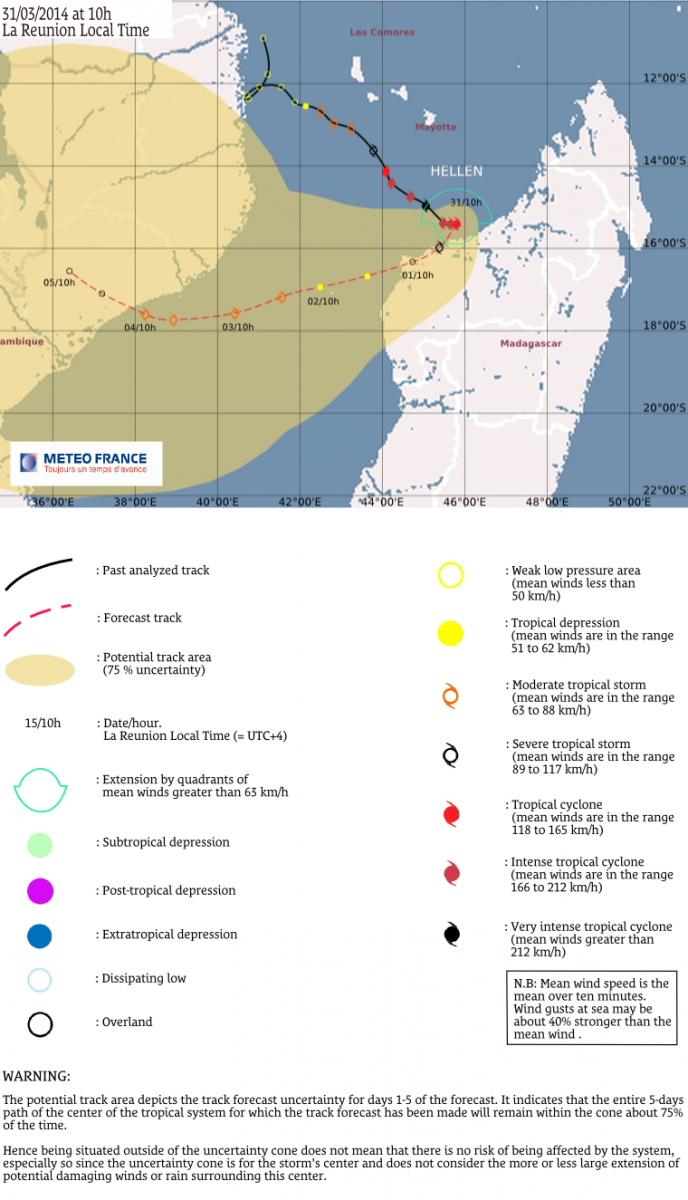 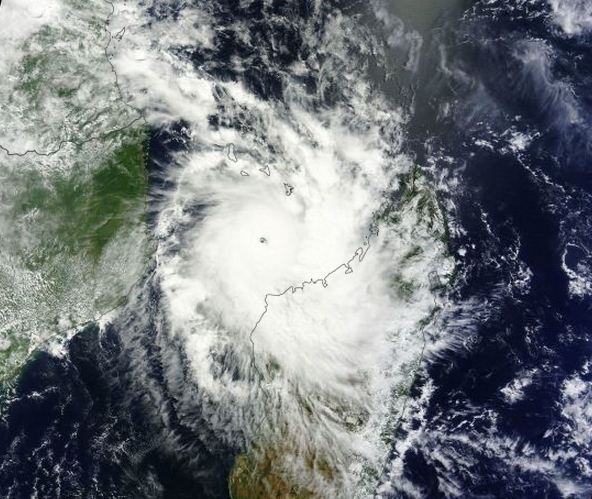 According to latest JTWC warning issued 03:00 UTC today, the center of TC Hellen will make landfall just west of Mahajanga in about 12 hours.

"Thereafter, the system is expected to remain inland and track over fairly rough terrain for about 30 hours.

Consequently, post-landfall forecast intensities have been reduced significantly from the previous warning. Should the cyclone track even further inland than currently forecast, it may dissipate below warning threshold criteria (35 knots) over northwestern Madagascar.

Assuming the cyclone remains intact, it is expected to turn westward under the influence of a low to mid-level subtropical ridge building to the south and track westward over the Mozambique channel by tau 36." (JTWC) 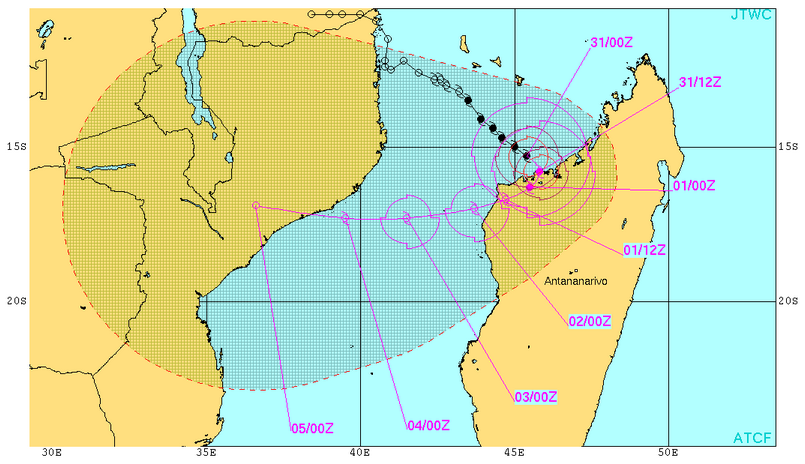 The strongest tropical cyclone on record in the Southwest Indian Ocean basic was TC Gafilo which made landfall on March 7, 2004 leaving at least 237 people dead in Madagascar. It had maximum sustained winds near 257 km/h (160 mph).