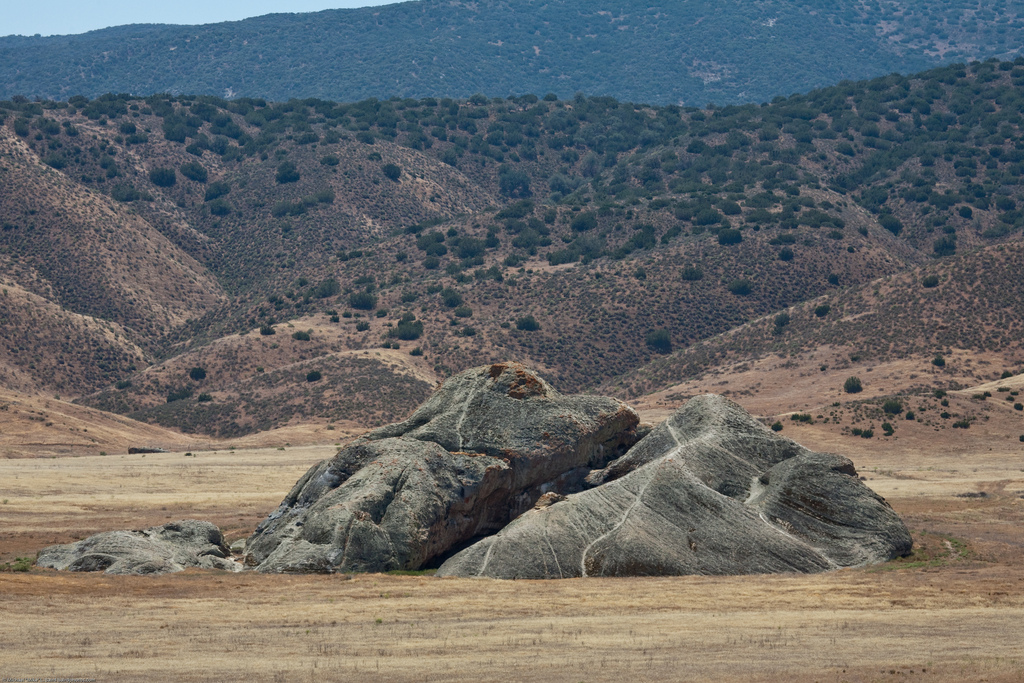 On January 17, 2014, amid California's driest year on record, Governor Jerry Brown declared a drought emergency in the state. Rivers and water reservoirs in California are dangerously low after the driest years on record.

"Today I'm declaring a drought in the state of California. We're facing perhaps the worst drought California has ever seen since records began being kept about 100 years ago." Governor Jerry Brown

Many municipalities have imposed severe water restrictions and Governor Brown asked the people to cut their water use by 20 percent.

According to US Drought Monitor, the drought in January reached Extreme Drought Conditions or D3 Level. (D4 or Exceptional Drought is the highest alert on scale). Almost 99% of California is considered abnormally dry or worse; almost two-thirds of the state is in extreme drought. 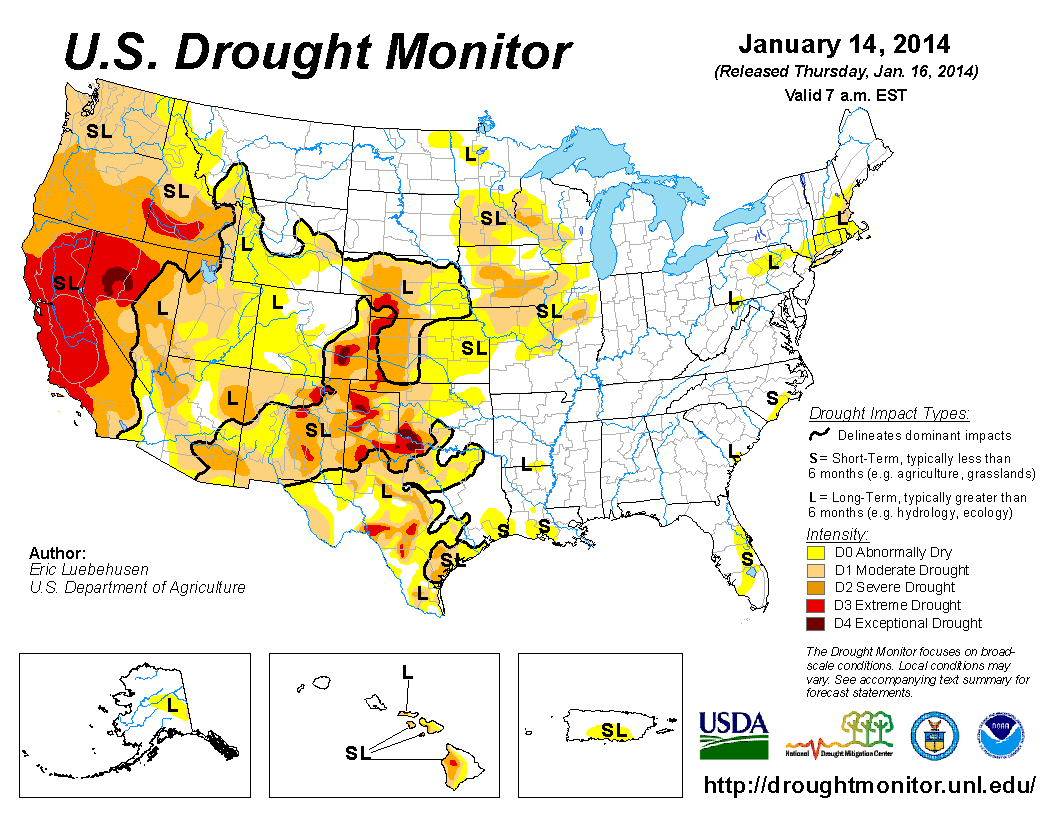 NASA MODIS satellite images bellow show California from the Los Angeles area north to the Oregon border recorded once in January last year and again this year. The lack of precipitation has allowed vegetation to dry to critical levels in many areas, increasing the potential for wildfires. The warm and dry weather has also reduced the availability if range land grasses for livestock. 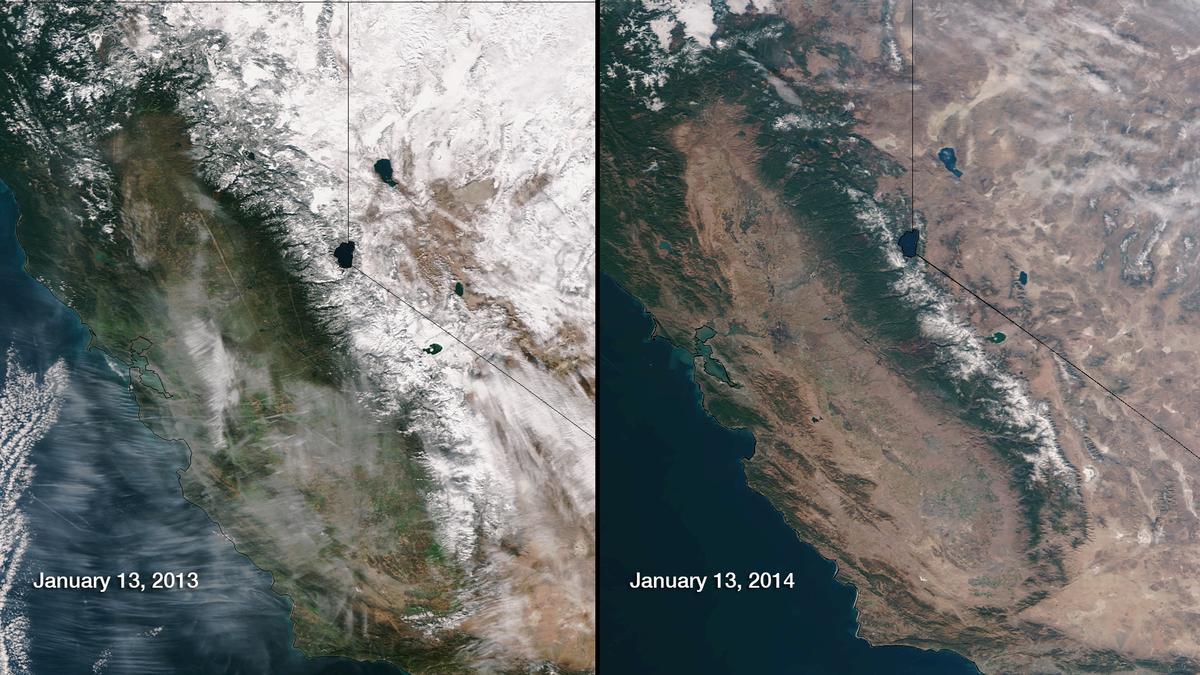 The Pacific Decadal Oscillation and a weak to neutral and persistent La Niña pattern (“La Nada”) are to blame. A massive high-pressure zone off the West Coast has been blocking Pacific storms for over a year. The zone acts like a mountain range, blocking storm systems from striking land. Storms are pushed instead north into Canada and Alaska, contributing to the extreme cold weather seen in recent weeks across much of the Midwest and Northeast. ​ 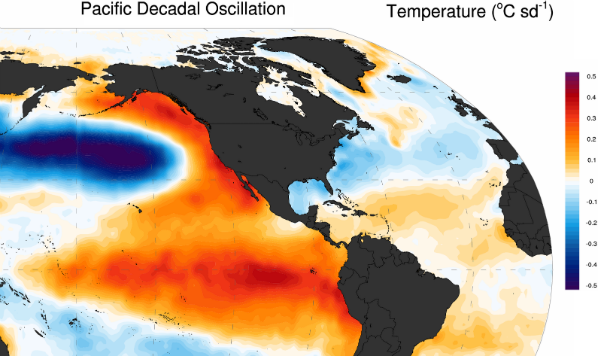 Droughts also are persisting or intensifying elsewhere in the U.S. Eleven states including Colorado, New Mexico, Nevada, Kansas, Texas, Utah, Arkansas, Hawaii, Idaho, Oklahoma and California have already been designated primary natural disaster areas by federal inspectors due to the drought. Large portions of Colorado and Wyoming are abnormally dry, while ranchers on the plains of southeastern Colorado have severe drought conditions.

The latest US Seasonal Drought Outlook calls for drought conditions to persist or intensify through March 2014.

Featured image: Pictographs on Painted Rock at the Carrizo Plain National Monument, on BLM property near Soda Lake. by http://www.flickr.com/photos/72825507@N00/3580948356