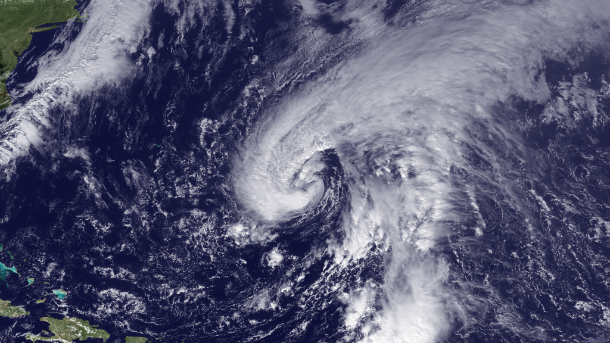 Subtropical Storm Melissa, formed late November 18th about halfway between Africa and the Americas, will produce rough surf around Bermuda and parts of Bahamas, Turks and Caicos and the Islands of the Caribbean this week. 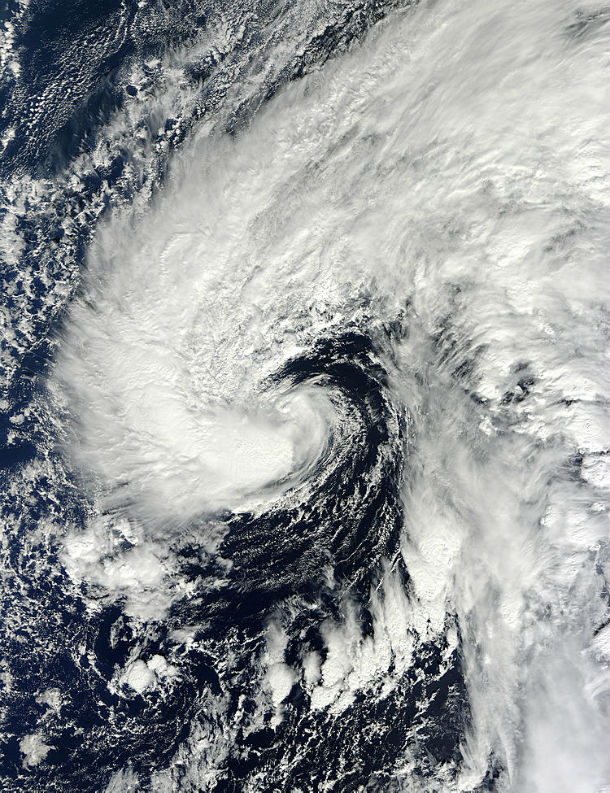 The MODIS instrument aboard the Terra satellite captured this image of Melissa as she formed on November 18 about 1,120 km (695 miles/) east-southeast of Bermuda. (Credit: NASA Goddard MODIS Rapid Response Team)

Melissa is being designated as a subtropical storm for now, as it is still embedded in an upper level low pressure system and has a large radius of maximum winds occurring relatively far from the center.

It has a chance to become a tropical system in 36-48 hours as the shear decreases and the storm stays over relatively warm water, possibly reaching hurricane status.

According to latest public advisory issued by US National Hurricane Center at 21:00 UTC on November 19, 2013, the center of Subtropical Storm Melissa was located about 1040 km (645 miles) east of Bermuda. The storm is moving toward the northeast near 26 km/h (16 mph). This general motion accompanied by a steady increase in forward speed is expected during the next couple of days.

Large swells will continue to affect Bermuda, portions of the northern Leeward Islands, Puerto Rico, Hispaniola, and the southeastern Bahamas during the next couple of days causing life-threatening surf and rip currents. 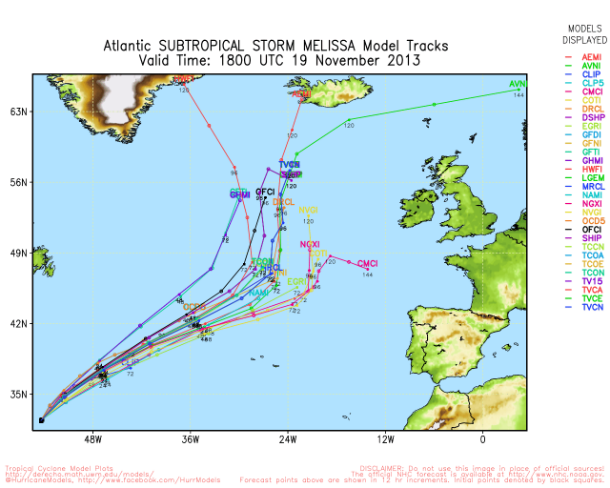 Atlantic Hurricane season officially ends on November 30 but tropical systems have been known to develop in the Atlantic as late as December, such as Hurricane Alice, which first became a tropical storm on December 30, 1954.