Subtropical Storm "Alberto" formed in the Gulf of Mexico on May 25, 2018 as the first named storm of the 2018 Atlantic hurricane season. Alberto is expected to slowly move toward the Gulf Coast producing widespread heavy rain. This storm can produce major flash and river flooding across the Yucatan Peninsula, Cuba, Florida and Gulf Coast. The season officially begins June 1 and ends November 30.

The Government of Mexico has issued a Tropical Storm Watch for the east coast of the Yucatan Peninsula from Tulum to Cabo Catoche and the Government of Cuba for the western Cuban province of Pinar del Rio. 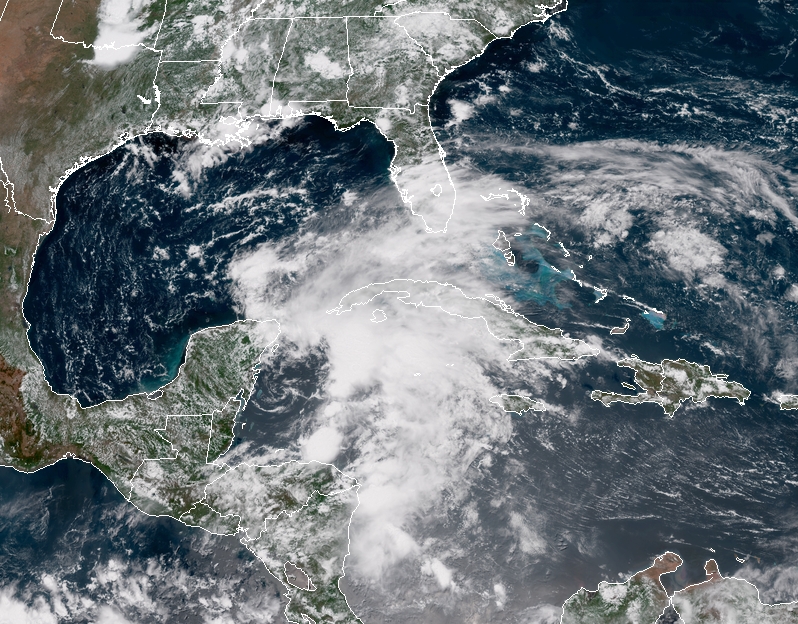 "The storm has been nearly stationary during the past several hours," Stacy Stewart, a senior hurricane specialist at NOAA’s National Hurricane Center in Miami noted.

However, a general slow motion toward the north is expected through the weekend, followed by a northeast turn by Monday, May 28. 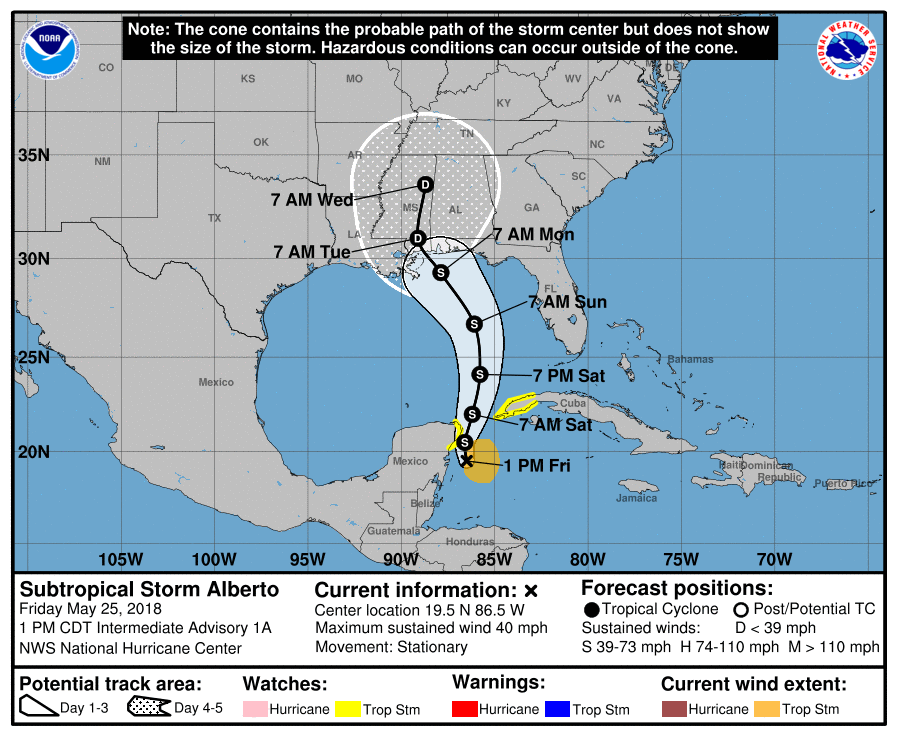 On the forecast track, Alberto is expected to pass near the eastern coast of the Yucatan Peninsula tonight, be near the western tip of Cuba Saturday morning, emerge over the southeastern Gulf of Mexico by Saturday night, and approach the north-central Gulf Coast on Monday.

This storm is expected to produce total rain accumulations of 254 to 381 mm (10 to 15 inches) with isolated totals of 635 mm (25 inches) across the northeastern portions of the Yucatan Peninsula and western Cuba. These rains could produce life-threatening flash floods and mudslides.

Rainfall accumulations of 102 to 204 mm (4 to 8 inches) with maximum amounts of 305 mm (12 inches) are possible across the Florida Keys and southern and southwestern Florida. Heavy rain will likely begin to affect the central Gulf Coast region and the southeastern United States later this weekend and continue into early next week.

Flooding potential will increase across this region early next week as Alberto is forecast to slow down after it moves inland.

Swells generated by Alberto are already affecting portions of the coast of eastern Yucatan Peninsula and western Cuba. These swells are likely to cause life-threatening surf and rip current conditions.

Hazardous surf conditions are likely to develop along much of the central and eastern U.S. Gulf Coast this weekend.

This system may become trapped over the South, maintaining the tropical moisture fetch into the Southeast well into next week and bringing record-breaking rainfall to some areas.

20 Atlantic Basin storms have developed before the start of June since 1950, according to NOAA's historical hurricane database. That's an average of roughly one storm developing before June 1 every three to four years.

However, preseason storm activity has been an outlier from the norm since 2012, TWC meteorologists said.