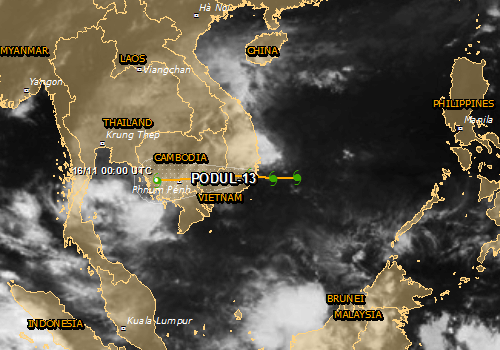 Tropical Cyclone Podul approached the coast of Vietnam on Thursday night and weakened to a tropical depression shortly before making landfall on Friday, November 15, 2013. Podul dumped heavy rains across central regions of Vietnam on Friday and by latest reports flooding has killed at least 31 people, with nice others missing.

As much as 700 mm of rain fell in 24 hours between November 14 and 15 in Quang Ngai province. Other areas, particularly the central provinces, saw between 300 mm and 600 mm.

"We are experiencing the worst-ever floods as heavy rains have overflowed several water reservoirs and dams in our province," Le Huu Loc, the chairman of Binh Dinh province, said in a statement Sunday.

Flood waters rose quickly after 15 hydro power plants opened their sluice gates to release water in reservoir protection. This caused flood waters to rose above a previous peak measured in 1999. In some villages water rose to nearly three meters. 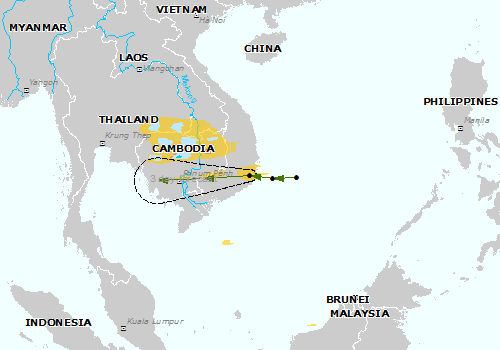 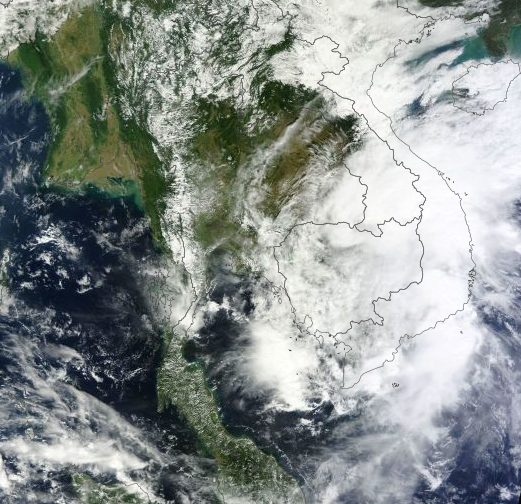 The government said earlier Sunday that authorities had evacuated more than 78 000 people from flood-prone areas in the four central provinces of Quang Nam, Quang Ngai, Binh Dinh and Phu Yen. Nearly 6 000 soldiers had been deployed to help with the evacuation.

Floods have also inundated more than 98 000 houses and 2 000 hectares of rice and other crops and damaged 208 000 square meters of roads and bridges, according to the Central Committee for Flood and Storm Control.

Water levels at rivers in central Vietnam have started lowering on Sunday and rains have stopped in many parts of the central region.