In last 24 hours solar activity was at moderate levels due to two M1 flares at 04:53 UTC and 07:49 UTC from Region 1900. No Earth-directed coronal mass ejections were observed.

There are currently 10 numbered sunspot regions on the disk.

Slight growth was observed in Regions 1897 ('beta-gamma-delta') and 1902 ('beta'). The rest of the spotted regions were either stable or in decay. 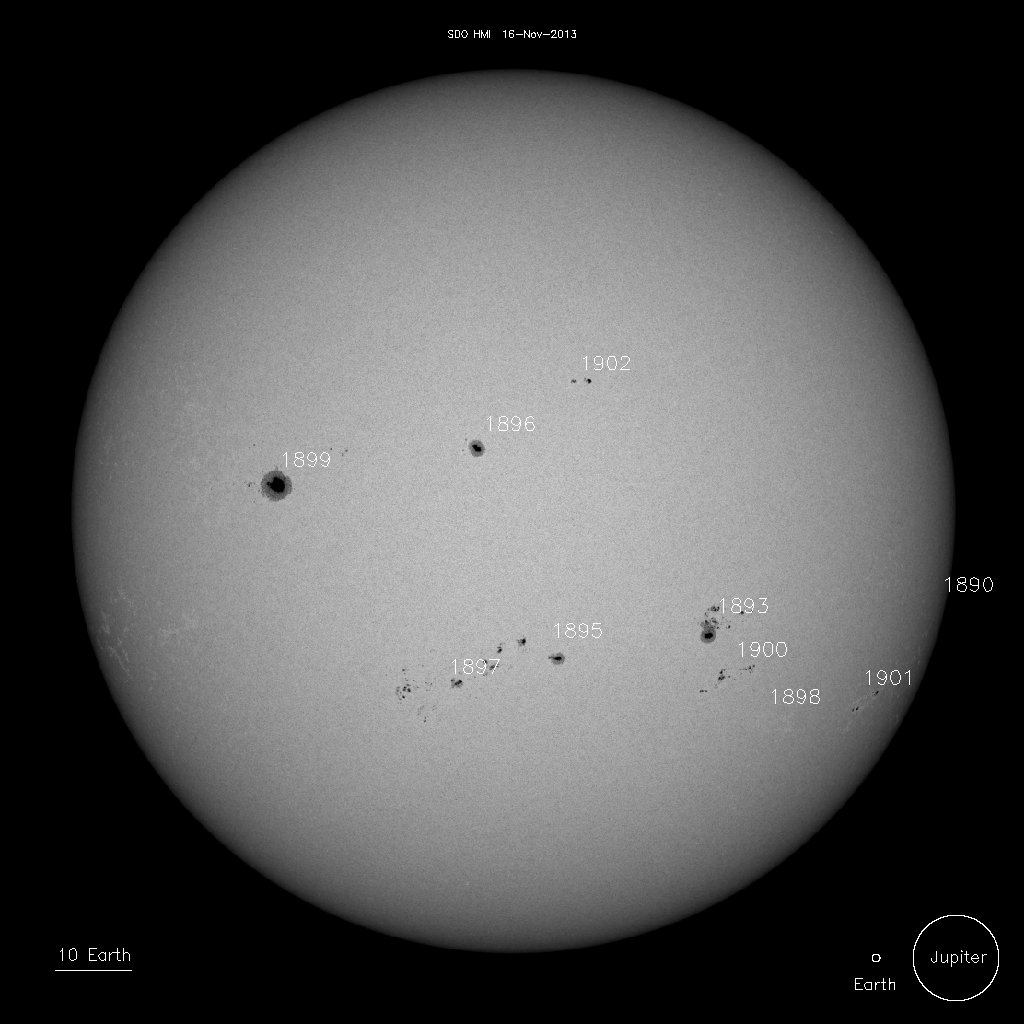 The geomagnetic field was at quiet to active levels in last 24 hours. An isolated active period was observed between 21:00 and 24:00 UTC on November 15 due to a prolonged southward Bz component of the interplanetary magnetic field. 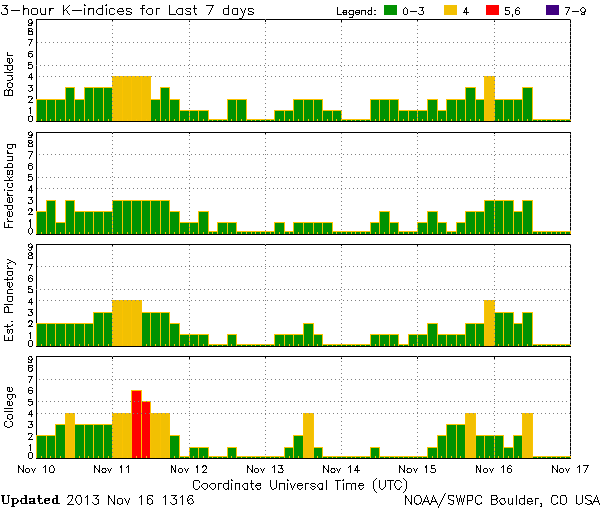 The geomagnetic field is expected to be at quiet to active levels today, and quiet to unsettled levels on November 17 and 18 due to coronal hole high speed stream  effects (CH HSS).

Solar wind is expected to be enhanced under the influence of a negative polarity CH HSS through November 16 – 18.  Solar wind speeds are expected to increase into the 500 km/s to 600 km/s range.

Solar activity is likely to be moderate (R1-R2, Minor-Moderate) with a slight chance for X-class (R3, Strong) flares for the next 72 hours. 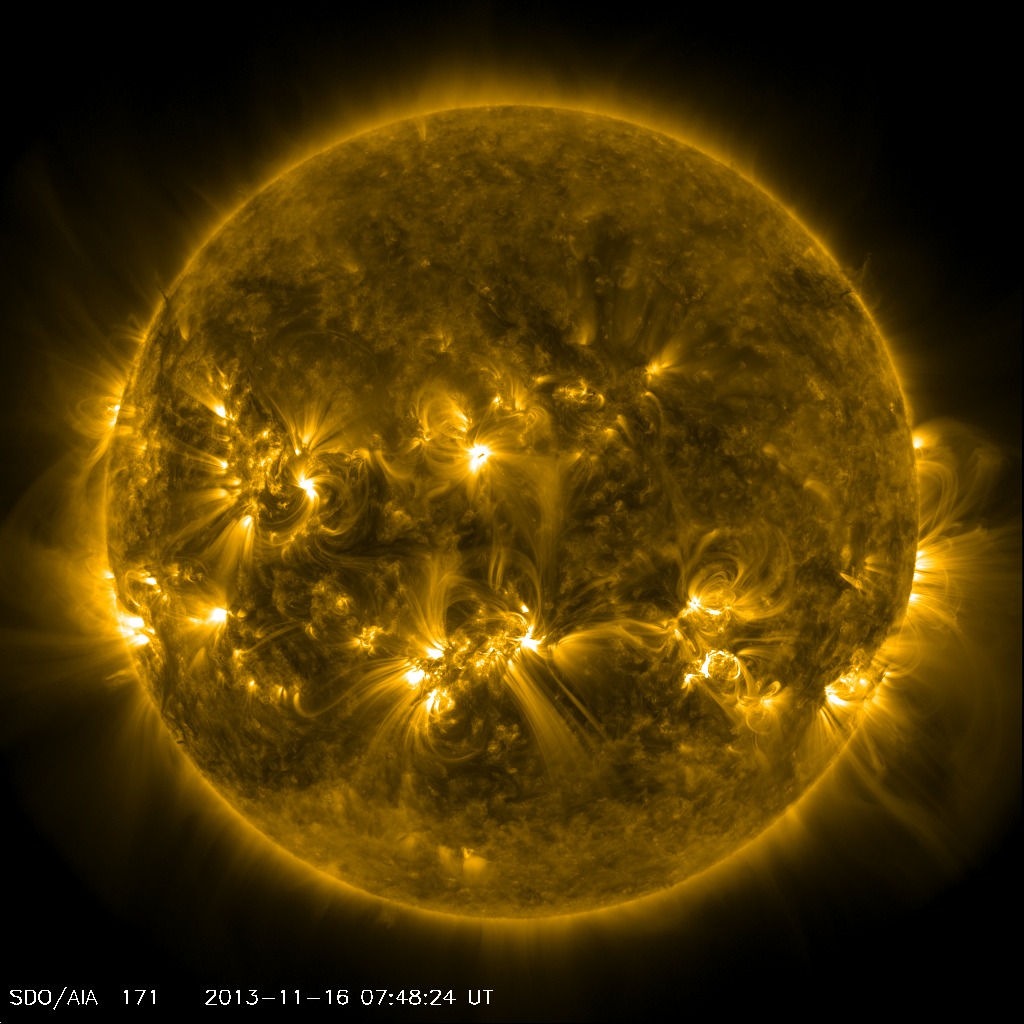