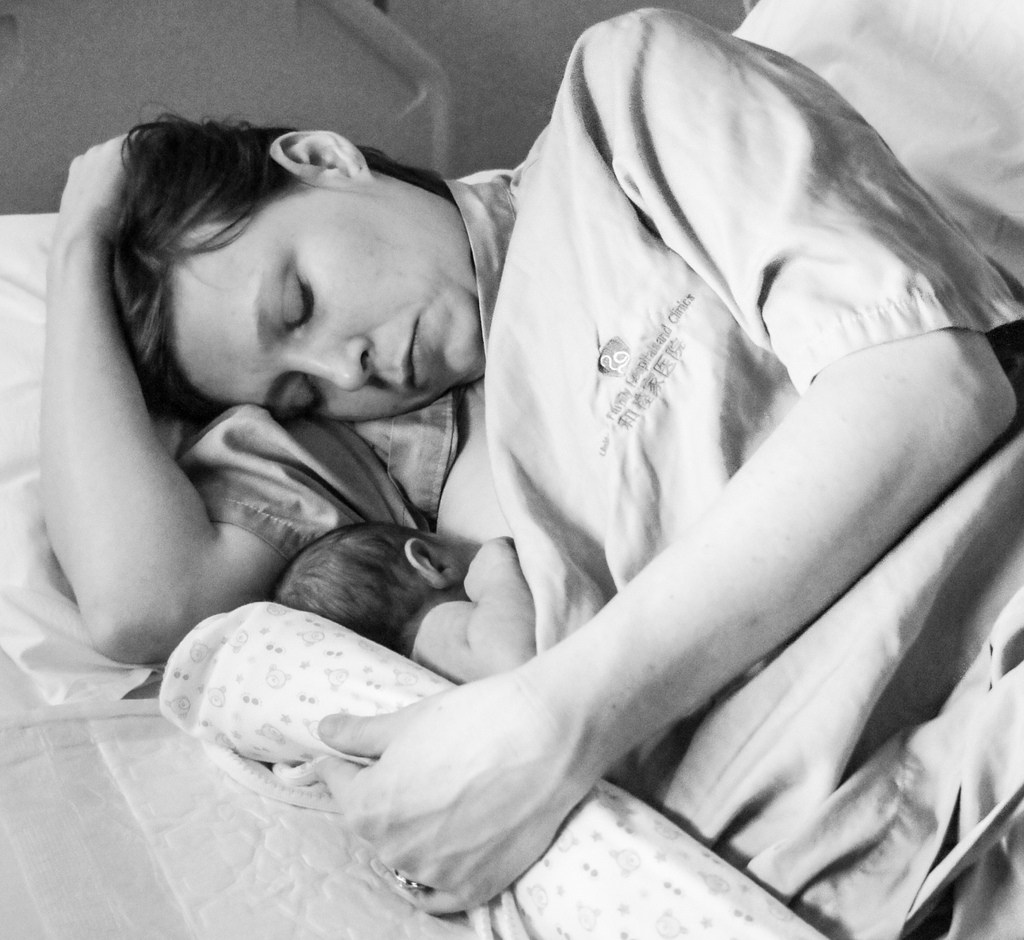 Nurturing a baby through breastfeeding is a proven method of care that boosts a child's IQ. A new study out of Boston, published in the AMA Journal of Pediatrics, points out that the longer a child is breastfed, the higher their IQ will be. The correlation was made even after variables like mother's intelligence, income, and education status were controlled.

The results were clear, examining 1,300 mothers whose nursing time varied between six months up to a year.

The results were so telling that MedLine Plus, the National Institutes of Health (NIH) and the National Library of Medicine, came up with a video that summarized the findings.

According to the results, by age seven, children that were breastfed for a year generally have a four point IQ advantage over those children who aren't breastfed.

A study from Australia used a cohort of 2,900 women, studying their children's academic performance for 10 years. Test scores averaged higher in the children who were breastfed for at least 6 months. Even after isolating other factors such as maternal intelligence and family income, the linear models showed that breastfed children learned more and retained more, especially young boys.

Critics believe other factors are involved besides breast feeding

Some critics believe breastfeeding isn't as beneficial as these studies make it out to be. They quote other underlying factors that affect a child's IQ. In a comprehensive 1999 analysis, critics were proven wrong after results came in comparing breast fed children to formula fed children. Using fixed-effects and random-effects models, researchers calculated average effects between both groups of children.

With no controls in place, breastfed children were found to have a 5.32 point advantage over formula fed children.

With the adjusted co-variates in place, such as parental socioeconomic status and maternal intelligence, there was still a 3.16 IQ advantage for breastfed children.

Even after applying the critic's variable adjustments, the IQ difference still leans heavily to the advantage of breastfed children.

The importance of passing on colostrum to children through breast feeding

The researchers of all the studies cannot pinpoint why breastfeeding is so much more beneficial for enhancing cognitive ability in children. One subject to consider is the importance of a mother passing on colostrum through breast feeding.

Colostrum is essentially a 100% all natural and safe vaccine. Colostrum is a special thick and sticky milk, yellow to orange in color. It is full of antibodies and living cells that build a baby's immune system. For the first week after birth, it is recommended that mothers breastfeed their newborn 8-12 times every 24 hours. The colostrum, easy to digest, is a powerhouse of nutrition, carbohydrates, and protein that provides the absolute best first meals for a newborn. Just as important as the placenta passing on the antibody immnoglobulin G (IgG,) breast milk is equally important in passing on secretory immunoglobulin A (IgA). Colostrum seals a babies gastrointestinal tract with a protective layer that prevents toxins from penetrating into the bloodstream.

Colostrum essentially plays an integral role in preventing toxins from entering a developing baby's blood, which could further harm the child by passing through their blood-brain barrier. The cognitive ability and mental health aspect of a child may actually begin in the baby's gut, which is kept strong through colostrum which comes from early breastfeeding.