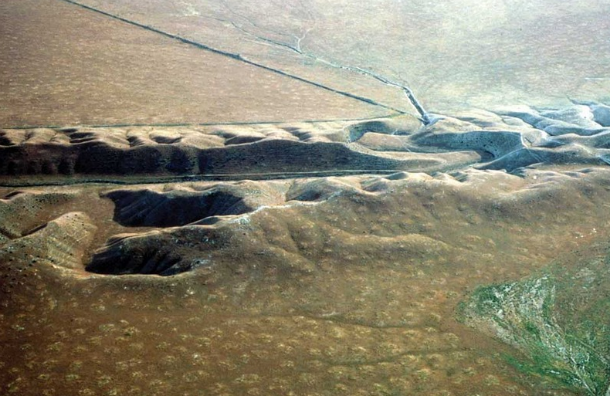 A new study looks at how powdery material inside faults may contribute to earthquakes. According to geologist Ze'ev Reches of the University of Oklahoma in Norman, US, the gradual buildup of stress in a fault as plates collide or slide past each other is necessary to cause an earthquake. Reches acknowledges if nothing else were going on, energy could be released via fault creep and the devastating temblors wouldn't exist.

Scientists found several mechanisms that could produce earthquakes at faults. Dynamic weakening of experimental faults were sheared at velocities approaching earthquake slip rates. The experimental faults, which were made of room-dry, solid granite blocks, quickly wore to form a fine-grain rock powder known as gouge. The heat from friction can melt its sides, or quartz grains can react with water to create a silica gel that slickens the rocks and makes them slide faster. Reches and his colleague David Lockner found the same material that weakens the fault (making earthquakes much more likely to occur) can also strengthen it. The fine powder fault slabs create as they grind against each other.

In order to find out how fault gouge forms and what it does, the researchers slid 5-centimeter-tall granite plugs against each other while tinkering with pressure and velocity. Five "stages" were identified as the slabs accelerated to the speed of an average earthquake, which is 1 meter per second. In the second stage, the rising velocity created fault gouge that resulted in increasingly steeper drops in friction, leaving the fault just one-half to one-third as strong as it had been before by stage three.

When the higher velocity raised temperatures to roughly 150˚C in the fourth stage, friction increased and the fault grew stronger. The thin layer of water coating the grains inside the fault could evaporate at that temperature, leaving the newly dehydrated grains less slippery than they were before. The results suggest that gouge could temporarily shore up a real fault's resistance to an earthquake but would fail if the fault continued accelerating. When velocity increased, the slabs fractured and failed, and weakening took over again.

After reviewing the study, structural geologist Giulio Di Toro of the University of Padova in Italy, agrees with the authors' interpretation of suddenly spike in the fault strength, however, he says he's concerned that the top pressures they studied (7 megapascals or barely one-tenth the pressure felt in even shallow quakes) were too low to reflect what's actually going on deep underground. Di Toro wonder how can we extrapolate something we produced in the lab in a small sample to a natural fault?

But Reches thinks the pressure at greater depths only speeds up the process. Lab test samples might have to travel 10 meters before a certain change in friction occurred, while a real fault might feel the effects after moving just 1 meter.