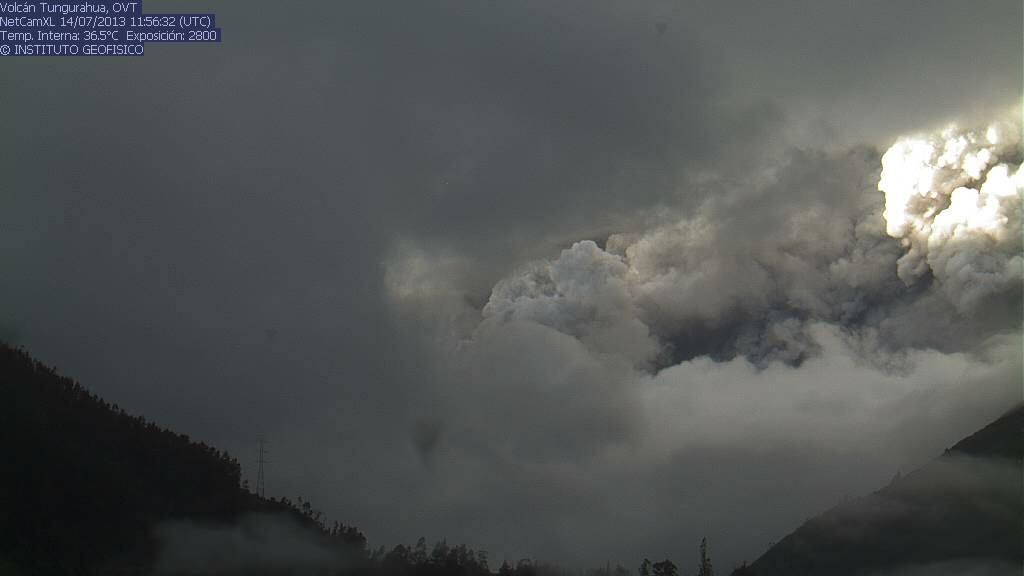 On July 14, 2013 a large explosion accompanied by major pyroclastic flows generated a plume column reaching 8.3 km above the crater of Tungurahua, one of Ecuador's most active volcanoes.

According to IGEPN, since June 29, 2013, they recorded a gradual, but constant increase in the seismic activity. In the afternoon of July 13, 2013 the seismic activity has increased further still, reaching up to 2 long period earthquakes per minute. In a period from 20:00 UTC on July 13 to 11:47 UTC on July 14 there were a total of 266 long period events. Long period earthquakes are produced by the injection of magma into surrounding rock. These earthquakes are a result of pressure changes during the unsteady transport of the magma. When magma injection is sustained a lot of earthquakes are produced (Chouet, 1993). This type of activity indicates that a volcano is about to erupt.

At 11:47 UTC on July 14, there was an explosion that was classified as large followed by a tremor signal and a high energy emission that lasted until approximately 12:40 UTC.

At 11:51 UTC the explosion generated a plume column that reached a height of 5.1 km above the crater. There were major pyroclastic flows observed at the volcano, most important of which descended the ravine Achupashal (west of the volcano), and down to Chambo River.

At 11:42 UTC, the plume column reached 8.3 km above the crater, and the ash cloud spread to the north, west and south of Tungurahua volcano. The cannon-shot-like explosion was heard in cities as far as Guayaquil, which is 32 kilometers (19 miles) away from volcano.

IGEPN reported that at 14:30 UTC the emission column was observed heading north and going through the eastern part of the city of Quito, but so far they haven`t received reports of ash fall in the city. Other reports indicate that the plume column was observed passing over the province of Manabi.

So far, there have been reports of heavy ash fall in populations near the volcano as Bilbao, Chacauco, Cotaló, Cahuají, Choglontus, and in outlying towns like Pelileo volcano, Ambato, Cevallos, Colt, Guanujo and Guaranda.. 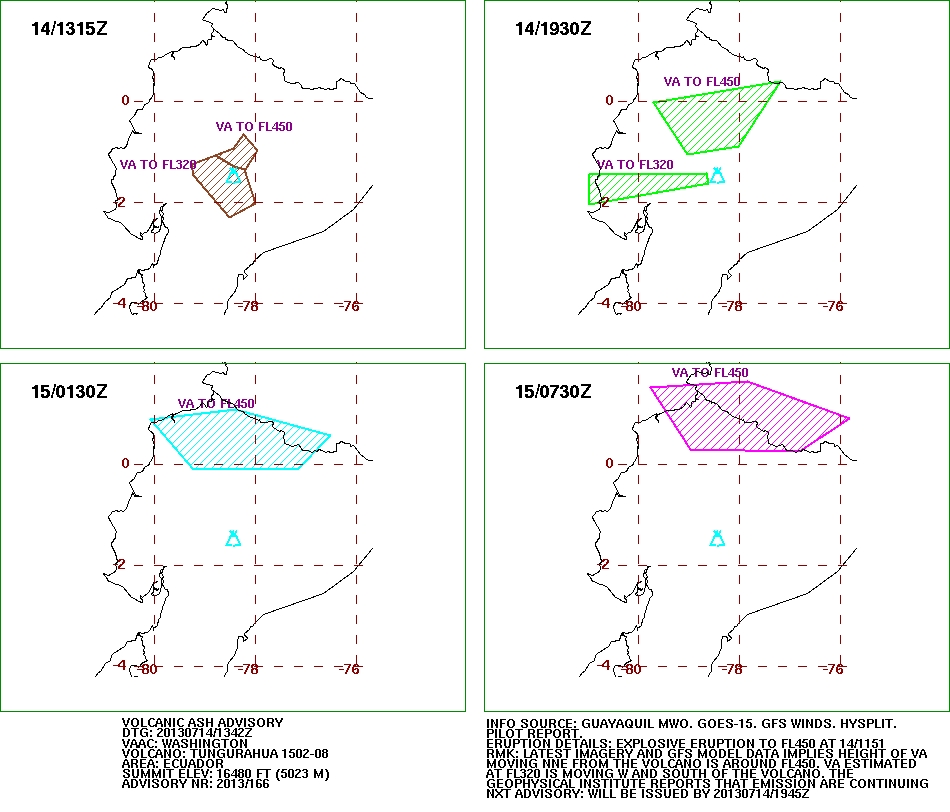 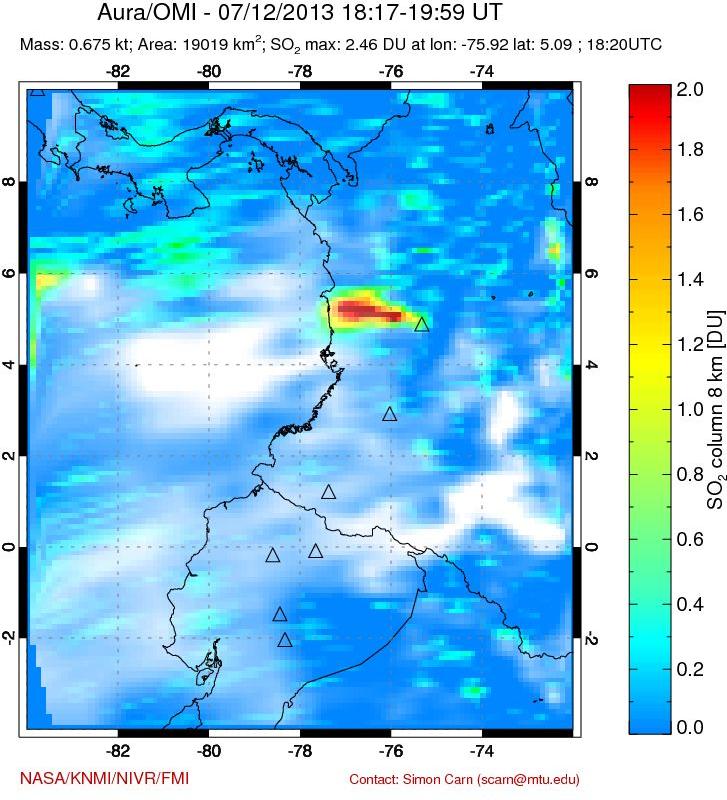 From 12:00 UTC on July 14, 2013 IGEPN reported that the strength of seismic tremor began to wane and at 13:40 UTC returned to what is considered to be lower energy levels. At the time of this report (16:00 UTC) no more pyroclastic flows have been reported.

The local and national authorities were appropriately informed by the staff of the Geophysical Institute of the National Polytechnic School (IGEPN) on the occurrence and development of this event. According to reports issued by the cantonal authorities, appropriate measures were taken to safeguard the security of people living in areas considered most heavily impacted.

IGEPN sent their support staff to the volcano area to perform evaluations of the recent volcanic activity at Tungurahua volcano, and will provide further informations on the event based on the results of their evaluations.(IGEPN)