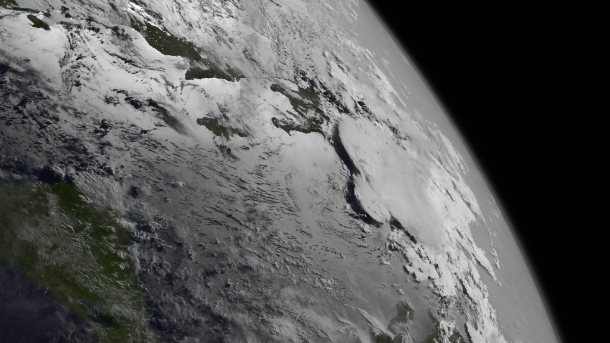 Tropical Storm Chantal is moving west-northwestward across the Caribbean. The system will impact Haiti and the Dominican Republic late on July 10, 2013. Chantal or its remnants will move between eastern Cuba and Jamaica overnight and emerge over the Florida Straits around July 11, 2013.

Already, Tropical Storm Chantal started to interact with Hispaniola. Possible mudslides and flash flooding over mountainous areas will be the main reason for concern. Forecasted strong westerly shear and interactions with land over the next couple of days should cause further weakening of the storm as it transitions back into a tropical wave. 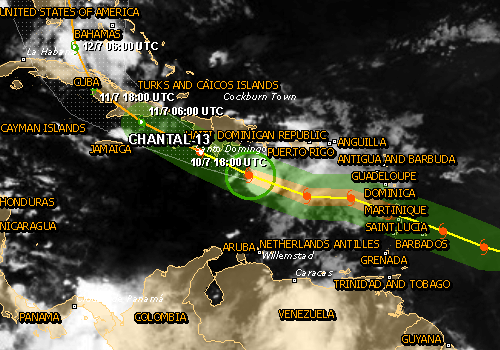 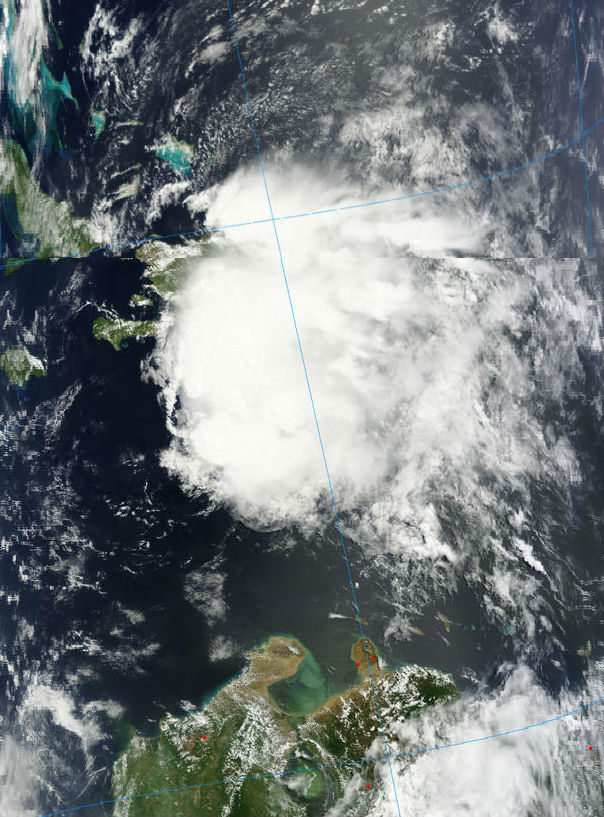 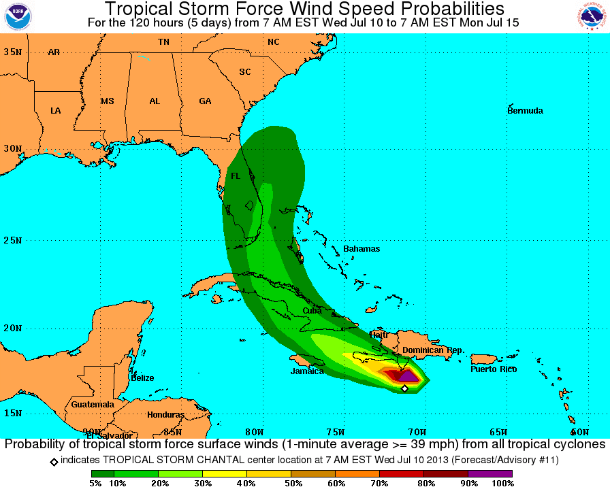 Chantal is forecast to weaken to a tropical depression or degenerate into a tropical wave during the next 24 hours. A turn toward the west-northwest and northwest with a gradual decrease in forward speed is expected during the next 48 hours. Chantal or its remnants will move between eastern Cuba and Jamaica overnight and emerge over the Florida Straits around July 11, 2013. 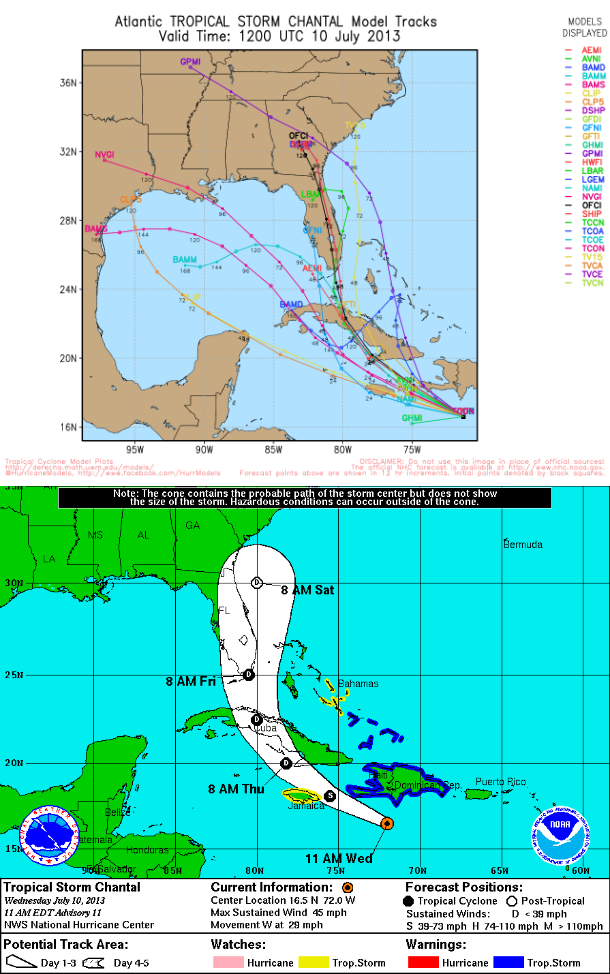 A storm surge accompanied by dangerous waves will raise water levels by as much as 1 to 2 feet in the Tropical Storm Warning area. Chantal is expected to produce total rain accumulations 2 to 4 inches over Hispaniola, central and eastern Cuba and the southeastern Bahamas. Isolated maximum amounts of 6 inches are possible across southern portions of Hispaniola.