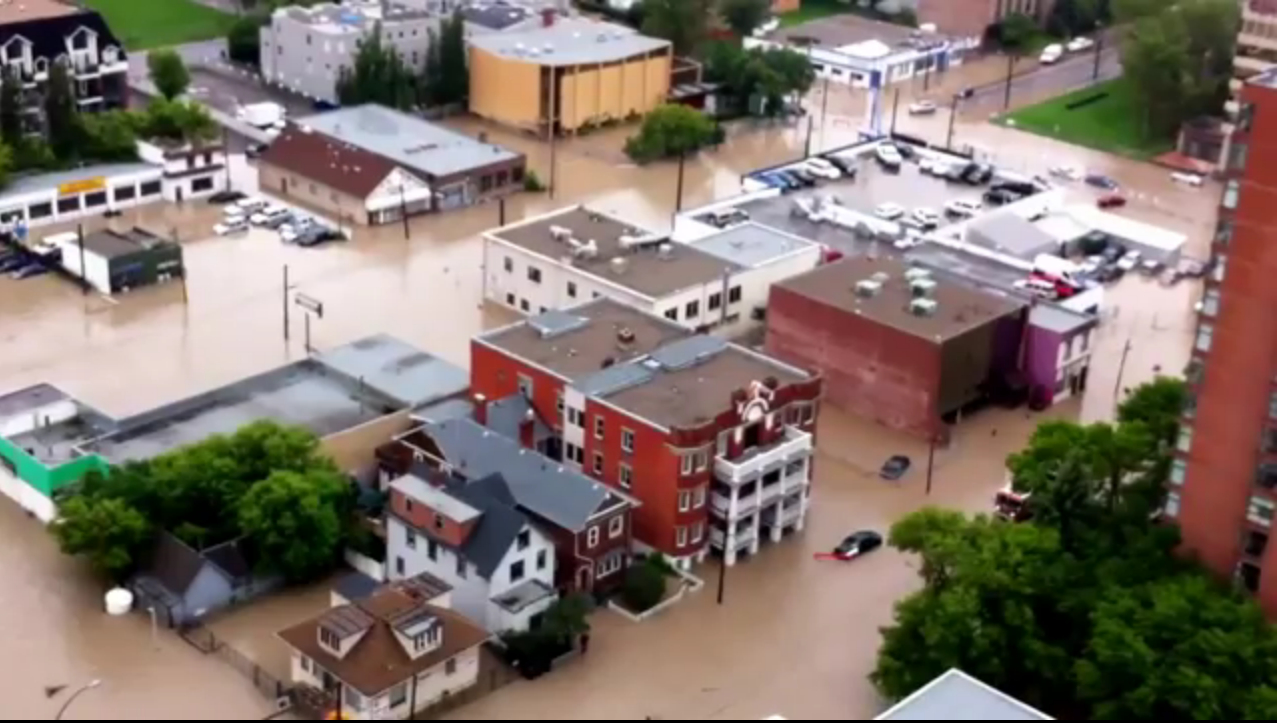 Since Wednesday June 19, 2013 almost 200 millimeters of rain have fallen in some areas in Alberta, Canada devastating communities, creating mudslides and washing out many roads. On Thursday June 20, 2013 river banks have burst throughout southern Alberta, because of heavy rainfall that caused the swelling of rivers.

Many towns and communities across Alberta have declared states of emergency. Some of them like High River and Bragg Creek have been ordered to evacuate.

RCMP (Royal Canadian Mounted Police) have reported that the floods may have taken four lives already. The situation in the region is still very serious, although on June 21, 2013 some signs of improvement have been noticed.

In the meantime in Calgary around 100,000 people from 25 neighborhoods have been evacuated and displaced from their homes. Some have found shelter with their friends and family, while around 1,500 people have gone to emergency shelters.

The Elbow river, one of the two rivers that flow through Calgary, has peaked on June 21, 2013, while at the same time the Bow river will stay steady, as long as the conditions don`t change.

Police advised that the downtown is to be avoided as the water has flooded train tracks, washed out roads and underpasses. Transit service in the downtown has been stopped, schools have been canceled, and even lions and tigers from the Calgary Zoo might have to be displaced to prisoner holding cells in the local courthouse.

The Canadian Armed Forces (CAF) sent two helicopters and a Hercules aircraft to help in evacuating people who are stranded, and also around 1,200 officers are sent to assist.

Rain poured throughout the week across Alberta, but on June 20, 2013 the Bow River Basin has received almost 100 millimeters of rain. Towns and other inhabited areas downstream of Calgary have been warned, as they have not yet experienced the full strength of the floodwaters.

The rain is forecasted to gradually decrease and ease. An additional 10-25 mm is expected in these regions, but the rain should continue to taper off Friday night and into Saturday, stated Gerald Cheng, a meteorologist at The Weather Network.

According to the Calgary Emergency Management Agency, water levels on the Bow River aren't expected to subside during the next 24 hours.