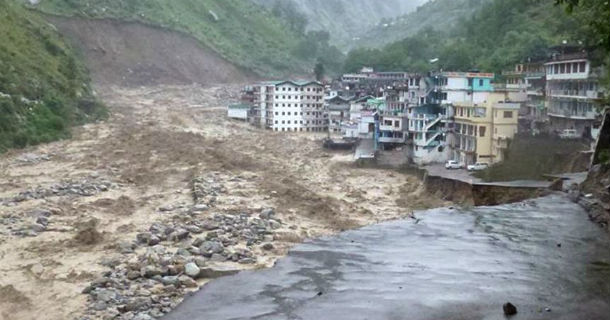 Torrential downpours in northern India swept away roads, buildings and vehicles. The worst damage was reported in the states of Uttarakhand and Himachal Pradesh, located in the foothills of the Himalayas. The River Ganges and tributaries are flowing above danger level in several areas of Uttarakhand state.

Heavy rainfall triggered a landslide event on the mountain, which turned into a debris flow downstream that struck Kedarnath, a Hindu shrine on the bank of Mandakini river at an altitude of 3,581 meters in the Himalayas, about 225 km north of Rishikesh. The ancient Kedarnath shrine suffer only minor damage, but the destruction all around the temple has been terrible. More than 550 people lost their lives and many more are still missing.

Raging rivers swept away houses, buildings and even entire villages, and destroyed bridges and narrow roads leading to pilgrimage towns high in the mountains. All roads and bridges are left completely destroyed, bars and hotels washed away which led to more than 100 000 people left stranded in mountains and dense jungle. Rescuers reported there were around 1,000 corpses lying along the jungle route from Kedarnath to Ukhimath. Most of them had died of hunger and dehydration. So far, around 73 000 people have been rescued, but more than 32 000 people are still stranded.

The list of rescued pilgrims is constantly being updated on the websites http://uttarakhandpolice.uk.gov.in

The Moderate Resolution Imaging Spectroradiometer (MODIS) on NASA’s Aqua satellite observed the flooding on June 21, 2013 (left). For comparison, the lower image shows the same area on May 30, 2013 (right) (Credit: NASA/LANCE/MODIS)

​Chief minister Vijay Bahuguna stated that this kind of disaster has never happened in the Himalayan history. In seven years since 2005, Uttarkashi had three major flash floods, and the last major flood before 2005 was in 1978.

The far west of Nepal has also been seriously affected by this rainfall. Deadly landslides have been reported in Malika in Dailekh, Siddheswor in Baitadi and Kuntiwandali in Achham. 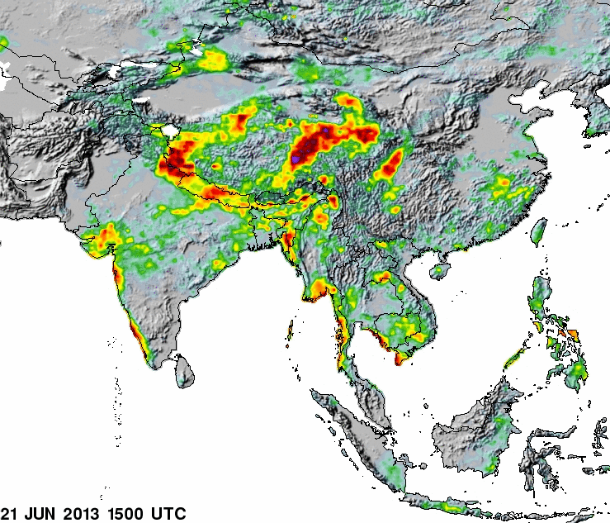 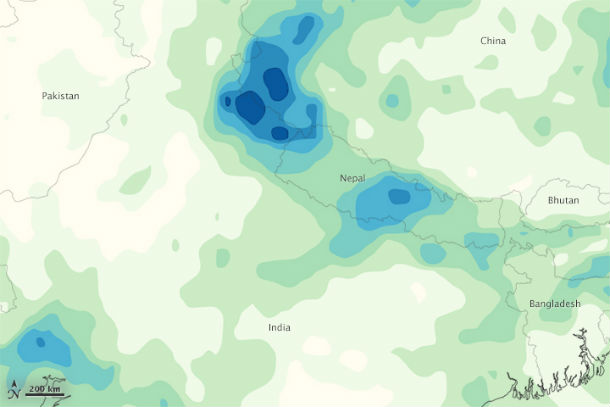 The third image is a map of rainfall totals in India, Nepal, and surrounding countries from June 14-20, 2013. The heaviest rainfall—greater than 300 millimeters (12 inches)—appears in dark blue. The lightest rainfall (less than 15 millimeters, or 0.6 inches) appears in light green. (Credit: NASA/MPA/TRMM)

The annual monsoon rains sustain India's agriculture but also cause flooding that claims lives and damages property. The rains usually hit the southwest coast at the start of June and are crucial to India's food output and economic growth. One of the world's leading producers of rice, sugar, wheat and cotton depends on monsoon rains. 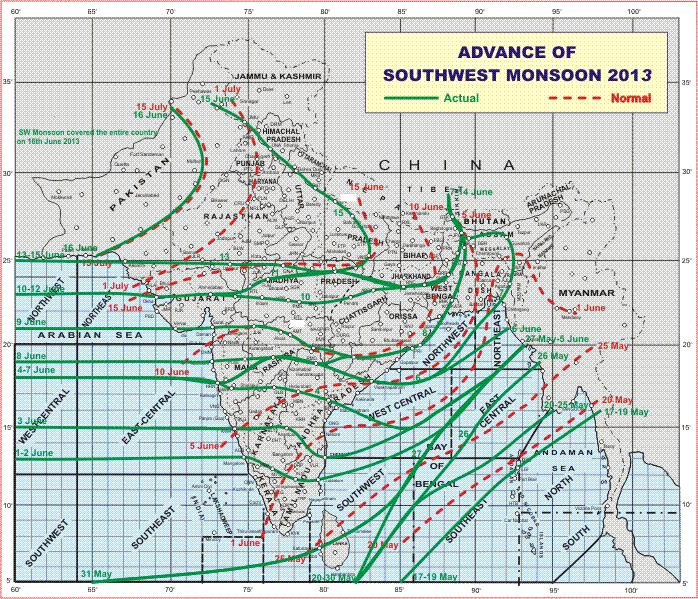 The summer monsoon arrived in southwest India on June 1, but it spread northward much faster than usual, reaching Pakistan a full month earlier than normal. Solid green contours indicate the progress of the 2013 summer monsoon (each contour is labeled with a date). You can compare this year's rapid advance to a "normal" progression, which is represented by the dashed, red contours. (Credit: IMD)​ 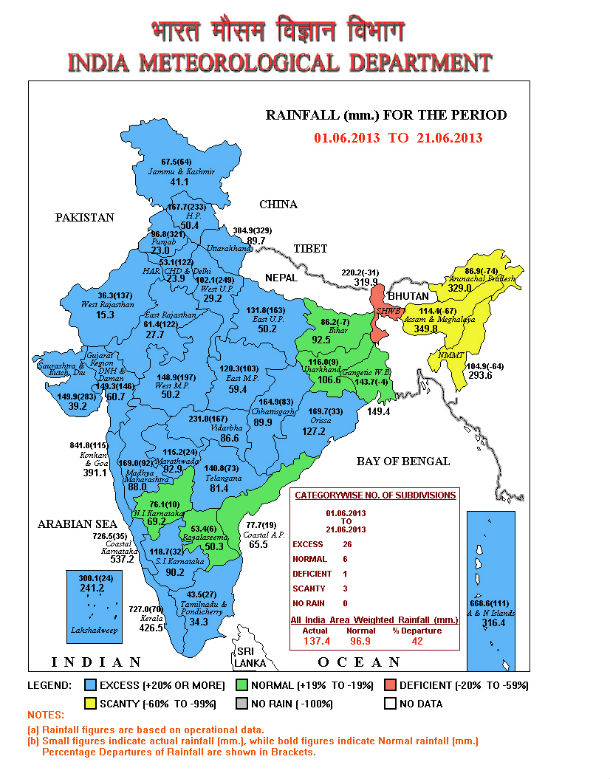 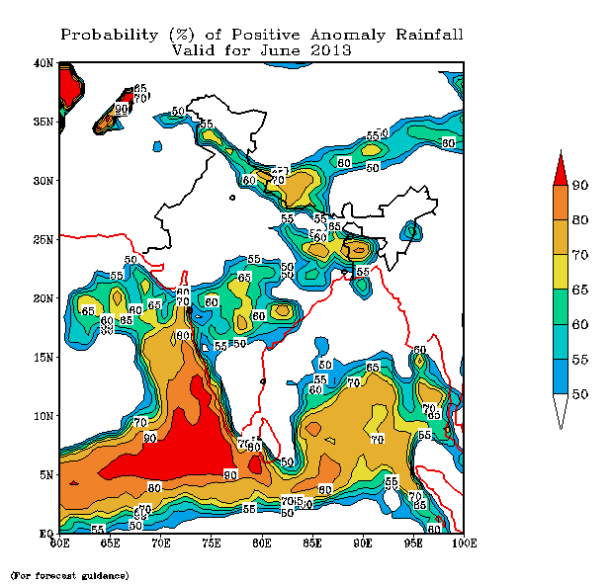