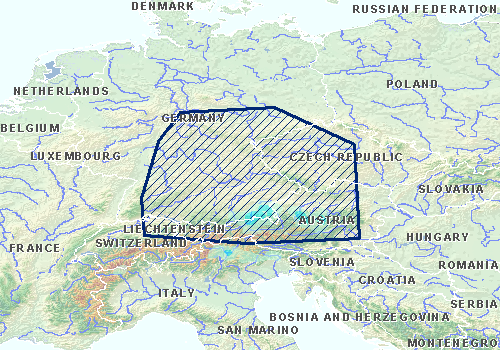 Continuous rain is paralyzing central European countries and bringing heavy flooding to Czech Republic, Poland, Germany and Austria. Meteorologist warn there is still no end in sight as more countries are declaring state of emergency. This is the worst flooding that hit central Europe in last decade and a record breaking flooding for many regions.

11 years after the worst flooding in 500 years hit Czech Republic, Czech capital Prague was flooded and paralyzed again on Monday, June 3, 2013. About 3000 people from low-lying areas were evacuated, schools were closed and public transport disrupted. Czech prime minister declared a state of emergency for most of the nation.

Heavy flooding was also reported in Austria as well as landslides. Germany, Switzerland, Poland and other central European countries are experiencing continuous heavy rain and flooding.

On Tuesday morning official reports mention ten deaths related to flooding in Czech Republic and 9 people missing. Water levels are expected to peak there later on Tuesday. Unconfirmed reports mention more deaths in other countries and billions of dollars in damage.

Among the hardest hit in Germany was the city of Passau. The Danube river, which is one of three that join in Passau, left much of the city under water. This is the worst flooding Passau has experienced in last 500 years.

As heavy rains continue in central Europe and the European Commission noted that help would be available to the victims of the current flooding through the European Solidarity Fund, which it set up after the last major floods to hit the region in 2002.

In August 2002 the Czech Republic was hit by devastating floods, in what was the biggest natural disaster in modern Czech history. In some areas the floods – which affected over one third of the country – were the worst in 500 years. There were 17 deaths and thousands of people had to be evacuated from their homes.